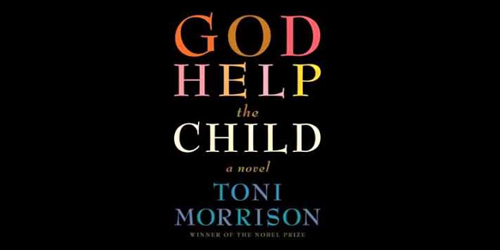 On Tuesday 30 June U.S. Studies Online co-editor Michelle Green (Nottingham) discussed Toni Morrison’s most recent publication God Help the Child with a panel of Morrison experts from the US and the UK. Together Michelle and Professor Susan N. Mayberry (Alfred), author of the award-winning monograph Can’t I Love What I Criticize? The Masculine and Morrison (2007), Dr. Justine Baillie (Greenwich), author of Toni Morrison and Literary Tradition (2013) and Dr. Leah A. Milne (Indianapolis) discussed how Morrison writes against the ‘white gaze’; embraces a more didactic style in her later fiction; and has learnt to do more with less, as can be seen in the length of God Help the Child. The conversation frequently returned to God Help the Child as a survival manual for the black community and how we can read the representation of money, child abuse and privilege through this lens. The panellists ended the chat with thoughts about Rain, the bodily transformation of Bride and God Help the Child‘s intertextual links to Ovid, Metamorphosis and Benjamin Button.

Child abuse cuts a jagged scar through Toni Morrison’s God Help the Child, a brisk modern-­day fairy tale with shades of the Brothers Grimm: imaginative cruelties visited on children; a journey into the woods; a handsome, vanished lover; witchy older women and a blunt moral — “What you do to children matters. And they might never forget.”

At the heart of the novel is a woman who calls herself Bride. Young, beautiful, with deep blue-black skin and a career in the cosmetics industry, she was rejected as a child by her light-skinned mother, Sweetness, who’s been poisoned by that strain of colour and class anxiety still present in black communities. “It didn’t take more than an hour after they pulled her out from between my legs to realize something was wrong,” Sweetness says. “Really wrong. She was so black she scared me. Midnight black, Sudanese black.”

Morrison weaves folkloric imagery throughout Bride’s journey as she ventures from the city into the woods to search for an ex-boyfriend in a northern California logging town. There is a kindly forest-dwelling couple and their changeling child; there are momentous rainstorms and a fateful yellow rose; there is even a dose of magic realism when Bride notices – or does she imagine it? – that her body appears to be reverting to its original childhood form.

The questions that guided the discussion

Q1. What do you make of God Help the Child’s dedication, particularly in the context of the dedications to Morrison’s other novels? (Susan Neal Mayberry)

Q2. As is apparent especially with novels like The Bluest Eye, Beloved, Paradise, and Love, Toni Morrison does not flinch from airing the dirtiest of the (African) American community’s laundry—and she has been soundly criticized for it by members of that black community. We see this candidness repeated in God Help the Child. Why and how does Morrison take such a direct approach? And how and why does she manage to cleanse even the nastiest of the laundry? (Susan Neal Mayberry)

Q3. Booker: “scientifically there’s no such thing as race”. How does this view (Morrison’s own) conflict with Bride’s lived experience? (Justine Baillie)

Q4. Booker understands ‘money shaped every single oppression in the world’. Is there a tension between this view and the focus on child abuse? (Justine Baillie)

Q5. God Help the Child contains more narrative shifts than any of Morrison’s previous novels. What do you think is the significance behind these changes in perspective, and why do you think the novel begins and ends with the voice of Sweetness? (Leah Milne)

Q6. How do you interpret the magical realist elements in this novel? For instance, what do you think is the reason for Bride’s changes in age, her return to womanhood, and her connection to Rain? (Leah Milne)

Susan Neal Mayberry (@neal_mayberry) is Professor of English at Alfred University, where she teaches and writes about William Shakespeare and Toni Morrison.  An assortment of her essays on Morrison’s novels have been published; her book on the masculine and Morrison, Can’t I Love What I Criticize? (U of Georgia P, 2007) received the 2009 Outstanding Book Award from Denmark’s Organization for the Study of Communication, Language, and Gender.  She is presently at work on a multidisciplinary project, “Thoroughly Modern, Theatrically Classical Dames,” as well as another book on Morrison (and the domestic environment), tentatively titled “Toni Morrison: Inside and Outdoors.”

Justine Baillie (@baillie_justine) is a lecturer at the University of Greenwich. Her research is concerned with constructions of race, gender and class in literary modernism, postmodernism, women’s writing, life writing, contemporary theory and the international novel.  Justine Baillie’s monograph, Toni Morrison and Literary Tradition, is published by Bloomsbury.  She is currently working on a new book, Transnational Paris, and will be spending the autumn term as a Visiting Professor in the English Department at Universite Paris 8.

Leah Milne (@DrMLovesLit) received her PhD from the University of North Carolina, Greensboro. She is currently an adjunct instructor at the University of Indianapolis. Her research and teaching interests include contemporary ethnic American literature, authorship, and women’s and gender studies. She has published articles on the works of novelists such as Toni Morrison, Ruth Ozeki, Gish Jen, and Lois-Ann Yamanaka.

Review: IBAAS Joint Conference
The Significance of "ME" (1915): The Literary Fame of Winnifred Eaton (Onoto Watanna)
Racializing “Muslims”: Constructing a Muslim Archetype
Mirroring the Medium: Depictions of Female Domesticity in ‘WandaVision’
Storify of our #bookhour twitter chat on "Herland" by Charlotte Perkins Gilman
The Manhattan Male in “Grit Lit” and Film from the 1970s to the 1990s
Generation Indigenous (Gen-I): Removing the Barriers to Success
Conference Review: IAAS Postgraduate Conference