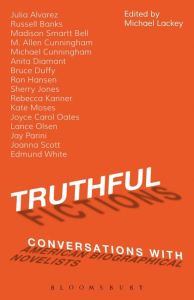 In his interviews with American novelists, Michael Lackey begins by explaining the questions that motivate his research: “I’m trying to figure out why, starting in the 1980s, so many prominent writers began to author biographical novels. I’m also trying to define the nature of this genre of fiction.” No unifying answers to these questions emerge from the interviews that Lackey collects in Truthful Fictions. Instead, the book presents a multi-voiced exploration of what contemporary readers value and desire, the complex and elusive processes of writing a compelling work of fiction, and the relationship between historical events and present-day society.

Lackey, a professor of 20th– and 21st–century American literature and culture at University of Minnesota-Morris, tracks the ascent of the biographical novel genre by studying the discussions of landmark texts that took place within the committee awarding the Pulitzer Prize for Fiction. He begins with the discussions of Styron’s The Confessions of Nat Turner, which won in 1968. One committee member admired Styron’s ability to “use rich imaginative language in order to engage the reader and to represent the historical figure accurately” (6) but considers Nat Turner a historical rather than biographical novel. In 1980, Norman Mailer won the Pulitzer Prize for Fiction for The Executioner’s Song, and so Lackey considers this the year that the biographical novel gains official recognition in the literary establishment. Still, Pulitzer Prize committee members seemed to need to justify evaluating The Executioner’s Song as fiction, since the novel contains no overtly fictional characters. Not until 1999—when The Hours by Michael Cunningham won, and Cloudsplitter by Russell Banks was nominated—does the biographical novel become a phenomenon. Lackey argues that the jury report that year “indicates a shift in the literary establishment’s aesthetic expectations and theory of knowledge,” a shift which reflects a now-widespread, postmodern distrust of metanarratives and established fact (10). 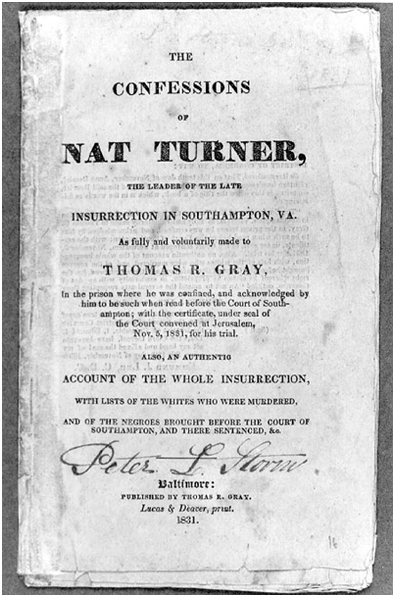 A tradition of Nat Turner narratives: The 1831 account by Turner’s lawyer. 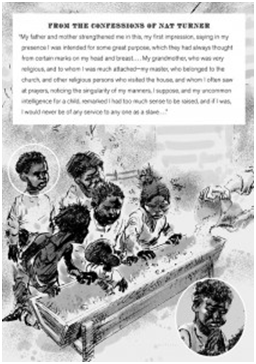 The writers’ responses when Lackey directs them towards one of these ideas are often delightfully contrarian. Few writers interviewed in this book say they were aware of these trends when they began writing, or had any sense of a biographical novel “becoming possible” in the 1980s and 90s. Ron Hansen, author of Exiles and Hitler’s Niece, points not to Styron or Mailer as his model, but to Shakespeare’s history plays. Julia Alvarez conjectures that interest in biographical novels is connected to “a new demand for transparency about our public figures” (41). Indeed, many of the novels discussed in these interviews are about public figures: John Brown, in Banks’ Cloudsplitter, Virginia Woolf in Michael Cunningham’s The Hours, and Toussaint L’Ouverture in Madison Smartt Bell’s trilogy about the Haitian Revolution. These authors describe very different approaches to using the historical record and representing well-known figures, a diversity of approaches that resists attempts to theorize the genre.

Lackey and his interview subjects gesture towards identifying subgenres of biographical novel, such as insurrectionist novel or biographical Kunstlerroman. Another subgenre emerges from these interviews as particularly interesting: those that imagine the lives of less-public figures from sacred texts. Lackey interviews Anita Diamant, author of the bestselling The Red Tent (1997); Sherry Jones, author of The Jewel of the Medina (2008) and The Sword of the Medina (2009); and Rebecca Kanner, author of Sinners and the Sea (2013). In their interviews, these three writers reflect on the challenges of writing about the Old Testament figure Dinah, Prophet Muhammad’s wife Aisha, and Noah’s unnamed wife—all figures for whom the historical record is sparse but who are enmeshed in religious traditions that at times resist imaginative interpretation. By developing a voice and a rich internal life for these women, the novelists illuminate the gaps in male-dominated histories and meditate on profound spiritual questions.

Examples like these, together with prominent writers like Joyce Carol Oates and Jay Parini, show readers of Truthful Fictions that biographical novels accomplish more than just offering an entertaining version of a historical subject. At times, I wished for a more in-depth analysis of reasons for the genre’s ascension; surely postmodernism is not the only theory that can illuminate the biographical novel, and the parallel ascension of the memoir genre during these decades deserves attention in Truthful Fictions. However, this book will reward readers who are curious about the individual authors and novels discussed. The distance between literary critics and contemporary fiction writers is another point of interest; Lackey avoids theory and jargon in the interviews because “most of the writers in this volume consider it mind-numbing and intellectually reductive” (25). In fact, he writes in his introduction, “One writer went so far as to say to me off the record that the current crisis in the humanities is a consequence of theory’s alienating, obscure, and anti-democratic jargon (25).

Ultimately, the writers’ comments on the process of research and writing and their ideas about the appeal of biographical novel supplant Lackey’s questions and conjectures. The novelist, readers learn, has more tools at his or her disposal than the writer who feels bound to verifiable, historical records. History is one of those narrative tools, and while it is one that the literary establishment has not always understood, it has led to particularly rewarding and relevant novels in recent decades. 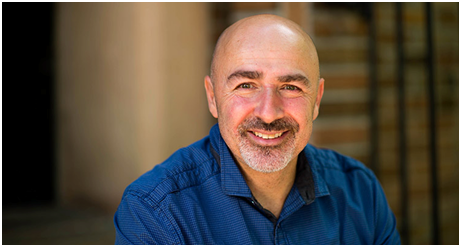