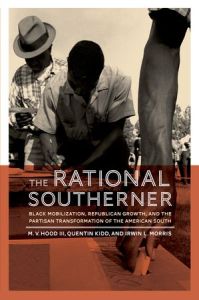 One of the most intriguing questions in modern American political history is the process by which the Republican Party mutated from the party of bi-racial progressive alliances to that of white conservatism. Precisely how and why this process took place has been the subject of much scholarly debate since the middle of the twentieth century. The Rational Southerner seek to refute explanations of Republican transformation which are based on regional economic development and social class, such as those put forward over the last fifteen years by scholars such as David Lublin and James C. Cobb (see, for example, Cobb’s Redefining Southern Culture: Mind and Identity in the Modern South and Lublin’s The Republican South: Democratization and Partisan Change). Instead, the authors take as their starting point V. O. Key’s seminal 1949 text, Southern Politics in State and Nation, in which Key argued that ‘black context [the proportion of an area’s population that is black] is directly associated with white conservatism’ and, extending this to the party political arena, ‘that black context is associated with Republicanism.’ (7) The Rational Southerner seeks to extend Key’s 1949 hypothesis and provide a new understanding of the Republican transformation, based primarily on the issue of race. First published in 2012 but re-issued in 2014 as a paperback with additional studies of the 2010 and 2012 election cycles, the investigation in The Rational Southerner begins in 1951. The authors deploy extensive data analysis of voter registration and voting patterns to try to understand the transformation of the Republican Party since the middle of the twentieth century. 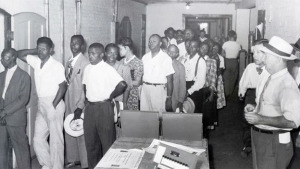 The authors see the 1965 Voting Rights Act (VRA), which re-enfranchised African Americans, as an absolutely pivotal moment in partisan change, particularly in the South, where disfranchisement along racial lines had been the norm for well over half a century. They make a strong case for the primacy of race as a motivating factor in modern southern politics, a factor which they claim outweighs social class, migration patterns and religious denomination. Race is the factor which forms the basis of the authors’ theory of ‘relative advantage.’ The theory explains the interplay between Republican growth and black voter mobilisation and the variations of this in different parts of the South. For example, ‘relative advantage’ suggests that Republican Party growth spurs black voter mobilisation in those states with relatively large black populations (primarily in the Deep South). Equally, the authors argue that the mass movement of African Americans into state Democratic parties could precipitate a concomitant exit of whites, whose racial loyalties led them to perceive less advantage in staying in the Democratic Party as it became less white.

This theory is convincingly backed-up by empirical testing across various southern states. A particular strength of the book is its willingness to allow for significant variation across the southern states and also within the sub-state and individual levels of analysis. The authors conclude that partisan change has been gradual and ‘bottom-up,’ insofar as Republican electoral successes at national level have been a direct result of prior victories at state level. Equally, after 1965 white conservatives would often vote Republican before actually seeing themselves as firm Republicans. 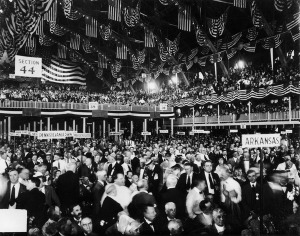 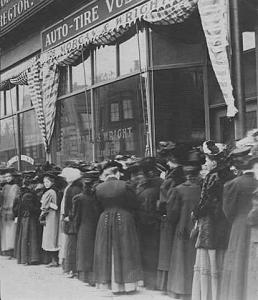 This shortcoming does not, however, affect the quality of the book’s overall arguments and conclusions about the mid- and late-twentieth century South. Despite the daunting amount of quantitative data analysis, the ‘relative advantage’ theory is explained in an accessible way. Each chapter has a concise and clearly-written conclusion which summarises the theoretical and statistical aspects of the arguments. The 2014 edition ends with a discussion of the 2010 and 2012 election cycles, extending the ‘relative advantage’ theory to address the rise of the Tea Party and the possible impact of Hispanic voters on the future of the ‘Grand Old Party.’ Ultimately, the authors see the issue of race as continuing to exert a decisive influence in Republican politics and in southern partisanship in general. Despite an occasional lack of historical context, The Rational Southerner is a clearly written, thoroughly researched account of partisan change which sheds considerable light on the nature of southern party loyalties and on the current condition of US politics.