The State of the Discipline Series: Part II

The State of the Discipline Series: Part II

This review is part of the State of the Discipline series, which surveys cutting-edge work in the field while also celebrating its diversity. In the first part of this series, Christina Westwood took us to a contest fought between land and sea as Native Americans attempt to withstand colonial violence in Andrew Lippman’s The Salt Water Frontier: Indians and the Contest for the American Coast (Yale University Press, 2015). You can read Christina’s review here. Jonathan Pountney brought us the latest in cultural theory with his review of Michael Denning’s fascinating portrayal of sound and movement in Noise Uprising: The Audiopolitics of a World Musical Revolution (Verso, 2015). The series continues in Part II, to be published over the coming weeks. 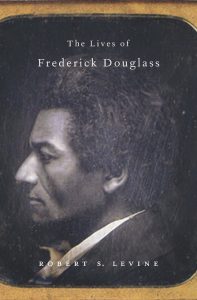 Levine’s project can be viewed as an effort to encompass the wide range of Douglass’s writings under one umbrella, stating in the Introduction that ‘this is a study of the autobiographical Douglass in which there are no stable or fixed texts’ (4). What sets the book apart is its tracing of the evolution of Douglass’s position as an abolitionist and former slave between the 1840s and 1890s. Studying Douglass’s autobiographical texts, Levine traces how they are defined by the historical and rhetorical contexts in which they were written, and how these gave rise to sometimes contradictory positions on race, nation, and the African-American community in particular. In his biography, Levine portrays Douglass as being conscious of the effect his writing would have as socio-political interventions at particular moments in history.

An interesting feature of the autobiographies is pointed out by Levine in the introduction and then brought out in the collection. The shifting sand of Douglass’s accounts of his fellow black slaves and prominent politicians like Abraham Lincoln points to the notion of the evolution of the man as he lives ‘several lives’ (1). Levine analyses whether the contradictions were a deliberate attempt to represent the contradictions inherent in the narratives of slavery of the time. The personal and the political overlap in a complex picture of the black man’s relationship with his white master and his white President, both of which are fraught with reappraisals and revisions. This is brought out, for example, in Douglass’s The Narrative of Frederick Douglass, where Thomas Auld, his second master, is depicted in a harsher light than in his earlier writings, with specific details of his cruelty towards Douglass and his disabled cousin, Henny. Levine states that this insistence on making Auld the centre of all slave transactions in the United States in the Narrative, as well as subsequent speeches and letters, underlined the immense power that the master had over the body and soul of the slave, as well as the power that slave-holding interests continued to wield over the U. S. Government.

Another interesting observation made by Levine concerns the psychological implications of enslavement. In his Narrative, Douglass describes in detail the cruelties inflicted by his second master, Thomas Auld. But while it was his first master, Aaron Anthony, who was likely his biological father, it is to Auld that Douglass refers as his ‘father’ in an address delivered in London on 30 March 1847 (256). This shift in emphasis underlines the ‘paternal status’ that the slave owner assumes in a patriarchal system, owning the slave ‘body, soul and spirit’ and creating ‘psychological and other dependencies based on patriarchy’ (254-256). Levine stresses that Douglass’s later writings, especially his letters, evince a ‘rhetorical violence’ as he speaks directly to Auld of the violence that the institution of slavery inflicted on innocent souls, robbing men and women of all dignity and annihilating all that was humanly graceful in them.

Douglass’s later writings make Levine question the limitations of judging the role of the abolitionist, and the Narrative, in isolation. While the Narrative subscribes to the traditional form of the slave narrative, the story is incomplete without reference to the intertextuality built by the pre- and post-Narrative texts. Douglass makes use of the white Other to present the idea of the psychological inseparability and inter-dependence of the races as they function within a web of power relations that extends from the personal to the political. Towards the end, Levine cites articles written in 1877 outlining the nature of the reunion between Douglass and Auld to quote Douglass as calling both Auld and himself ‘a victim of the circumstances of birth, education, law, and custom’ (279), admitting too that some of the representations of Auld’s cruelty in the Narrative might have been erroneous.

Levine concludes by referring to the later exchanges between Benjamin Auld and Douglass, which he terms ‘the most touching testimonials in the Douglass archive to the possibilities of black-white reconciliation’ (293). These exchanges with Benjamin, the son of Thomas Auld’s brother Hugh, would probably be the first step on a complex road towards healing and reconciliation for both the black man and the white. Levine’s inclusion of these varied exchanges offers a new perspective on Douglass the reformer, and traces his changing representations of himself in relation to race, nation, and the legacy of slavery.

Review: The US and Us: American History in Britain in the Twenty-First Century
Fear and Motels in Las Vegas: Segregation and Celebrity on the Strip
Book Review: Philosophy for Spiders: On the Low Theory of Kathy Acker by McKenzie Wark
Review: ANZASA 2021 (Online)
Book Review: Ecofeminism: Feminist Intersections with Other Animals and the Earth edited by Carol J....
Book Review: Masculinity in Contemporary New York Fiction by Peter Ferry
BAAS 2022 Panel Review: ‘Considering Presidential Legacies: Reagan and Trump’
Book Review: Infamous Bodies: Early Black Women’s Celebrity and the Afterlives of Rights by Samantha...