Book Review: The Cultural Left and the Reagan Era: US Protest and Central American Revolution by Nick Witham 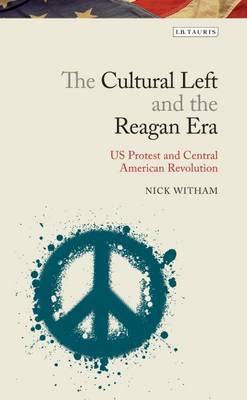 Ronald Reagan and the modern conservative movement have fascinated scholars and journalists ever since the 1980s. Over the last thirty years, countless popular and academic books have been published which examine either the decline of liberalism, or the development of conservative ideas during the 1950s, 1960s and 1970s. Perplexed by the seemingly sudden, bipartisan embrace of ideas associated with conservatism, scholars have spilled much ink trying to explain the supposed right shift of the late twentieth century. In many of these narratives, Ronald Reagan takes centre stage. The historian Sean Wilentz describes the historical epoch between 1974 and 2008 as the ‘Age of Reagan’ (a label also used by Steven Hayward in his polemical two volume history of the 1960s, 1970s and 1980s), while Doug Rossinow titles his survey of the 1980s ‘The Reagan Era’.

Although its title might suggest otherwise, Ronald Reagan is little more than a historical extra in Nick Witham’s refreshing book, The Cultural Left and the Reagan Era. Instead of focusing on partisan politics or battles between liberals and conservatives, Witham chronicles left-wing opposition to U.S. intervention in Central America and looks in detail at a number of radical journalists, scholars and filmmakers, who ‘attempted to find ways of halting US funding for repression’ through ‘politicised cultural production’ (2 and 181). Taking issue with historical characterisations which depict the 1970s and 1980s as the Reagan era, Witham argues that the existence of ‘vibrant social movements [that] challenged the policies of the Reagan administrations’ demonstrates that ‘whilst conservatism dominated the landscape of American politics during this period, it was never truly triumphant’ (1).

In a little less than two hundred pages, The Cultural Left and the Reagan Era takes us on a fast-paced journey across 1980s anti-interventionist culture. In the first—and most compelling— section of the book, Witham describes how intellectuals and academics attempted to ‘use their [published] discussions of anti-interventionism, anti-imperialism and solidarity to speak to communities outside the boundaries of their specific academic disciplines, in order to challenge US policy in Central America’ (67). Examining the scholarship of Gabriel Kolko and Walter La Ferber, as well as the books published in Verso Books’ The Haymarket Series and The Year Left book series, he highlights the ‘heterogeneity of 1980s opposition to US intervention in Central America’ and effectively demonstrates the tensions between those intellectuals who wanted their scholarship to speak to a ‘general audience of engaged readers’, and those who wanted to ‘relate their work to the activism of the Central American solidarity movement’ (23, 44).

In the book’s two other sections, Witham looks at more mainstream modes of cultural production, examining the work of anti-interventionist journalists and filmmakers. However, although there is a great deal of interesting information contained within these four chapters, one is left craving a more detailed discussion about the connection between the cultural left and the political left. For example, what—if any—impact did articles on U.S. policy in Central America published in the Guardian have in shaping the anti-interventionist movement? Did the articles published in The Nation have any discernable effect in altering public opinion? How successful were Underfire, Latino and Salvador? Did viewers comprehend the political message embedded in each film? Moreover, given Witham’s frequent references to the ‘diversity of opinion on U.S. intervention in Central America among leftists’, it would have been interesting to know more about the conflicts within the political movement (72).

In the book’s six thematic chapters, Witham tells a particular set of stories about how a small group of radical scholars, journalists, and filmmakers sought to publicise the anti-interventionist movement and establish a culture of opposition to the Reagan administration’s foreign policy. However on a broader level, Witham’s book subtly advances a number of larger arguments. Building on the work of Michael S. Foley, Bradford Martin, and Simon Hall, The Cultural Left and the Reagan Era makes a compelling argument that 1970s and 1980s social movements, cultural radicalism, and political subcultures merit much more serious scholarly attention. In addition, the book also fills a substantial gap in the literature on the New Left and America’s intellectual community in the wake of the Vietnam War, and forces historians to think carefully about the periodisation of the 1960s and 1980s.

The Cultural Left and the Reagan Era is not without limitations. At times, Witham loses sight of the large and important arguments that he is making, and fails to relate the smaller stories that he tells to broader historiographical discussions. Furthermore, in order to fully engage with Witham’s book it is necessary to have some understanding of 1970s and 1980s U.S. foreign policy, as well as background knowledge of 1960s and 1970s U.S. history. Nevertheless, this is a fine analysis of ‘politicised cultural production’ during the 1980s (181). Anyone who takes the time to read Witham’s book will find it an engaging, detailed, and nuanced account of left-wing cultural opposition to the U.S. intervention in Central America. Perhaps most importantly, Witham’s stories of cultural production and political action outside the theatre of electoral politics help to illustrate just how many important events, people, and places have been left out of the major histories of 1970s and 1980s America.

Book Review: The FBI in Latin America: The Ecuador Files by Marc Becker
Book Review: From the War on Poverty to the War on Crime: The Making of Mass Incarceration in Americ...
Review of Culture and the Canada-U.S. Border 2014 Conference
“There wouldn’t be an America if it wasn’t for black people": Programme Review of the University of ...
Book Review: Poe and the Subversion of American Literature: Satire, Fantasy, Critique by Robert T. T...
Review of the 1st Americas Postgraduate Conference at the UCL Institute of the Americas
Book Review: Black Paper: Writing in a Dark Time by Teju Cole
Book Review: This Nonviolent Stuff’ll Get You Killed: How Guns Made the Civil Rights Movement Possib...

Daniel Rowe is a a third year P.hD. candidate at the University of Oxford. His doctoral dissertation examines reactions and responses of states and localities to the economic turbulence of the 1970s and 1980s.
View all posts by Daniel Rowe →
Tagged  C20, Politics, Presidents.
Bookmark the permalink.