Book Review: The Beats: A Literary History by Steven Belletto 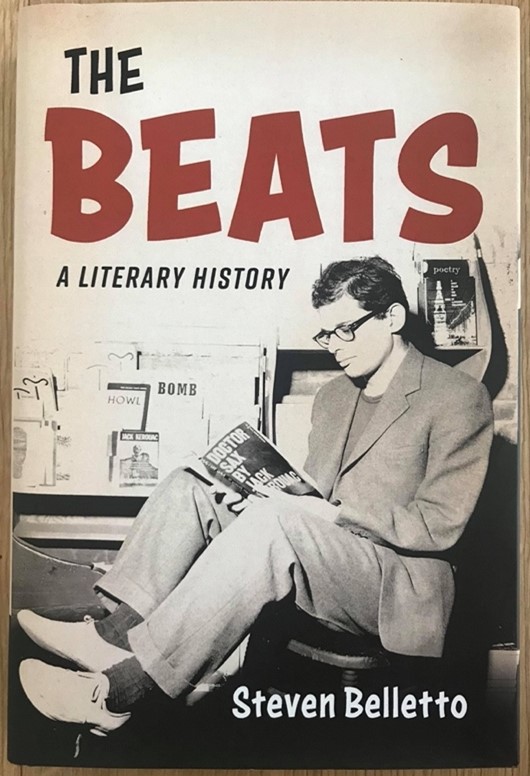 Steven Belletto’s impeccably well-researched literary history, The Beats, traces the Beat Generation’s interrelationship between creativity, a writer’s life and literary connections, and literary production. The synergies, networks, and affiliations Belletto highlights are invaluable, and prove his point that the ‘richest way to appreciate individual Beat texts is in relation to one another.’ (xi) The study starts in 1944 with the beginnings of the movement, and it ends in 1969 with a brief analysis of how the Vietnam War impacted Beat literature. The chapters chronologically chart, through Belletto’s seamless prose, the development of the movement and contain an array of writer case studies. Through his work, Belletto stresses the mutable and protean condition of the literary movement and its contribution to American culture.

The book is divided into four parts. The first part outlines how the movement started and its connections to other post-war literary communities, including the poets associated with Black Mountain College, the New York School, and the San Francisco Renaissance. The next section delves into the language and form, as well as the rise—in quantity and popularity—of Beat literature. Part Three continues to document the development of the movement, including the invaluable role played by little magazines; the section also traces the movement’s growing association with politics. The final section considers women Beat writers, the liberating language of Beat literature, and the impact of the Vietnam War on the movement.

The book rejects the historically popular approach to Beat criticism which hunts for the text’s true meaning and story within the author’s often tempestuous life. Instead, Belletto foregrounds the role of representation to appreciate the inspiration behind literary production and the creative nature of it. Additionally, in a similar vein to Jimmy Fazzino’s recent study on the ‘wordling’ of Beat literature, Belletto thinks about ‘networks’ in a much broader sense: as communities that stretch beyond the libertine circle and display the ‘“expression[s] of felt solidarity and mutual understanding” outside national bounds.’ (16) [1]

Importantly, Belletto situates the Beat movement within the context of the post-war avant-garde scene, and stresses how the movement did not solely appear with the aim to destroy the contemporary conservative trends of American culture and society. However, though context plays a pivotal role in understanding the Beat movement’s impact on the social progress of the era, Belletto refreshingly focuses on the writing itself. He examines how the writers explore a ‘new consciousness’ through experimenting with language and various forms, styles, and genres. (32)

Alongside the key figures like Kerouac and Ginsberg, and writers that self-identified as Beat, Belletto recognises many other artists who participated in and contributed to the movement through ideological, social, and aesthetic affinities. Two writers that are rarely acknowledged but are appreciated by Belletto are Ron Loewinsohn and Kay Johnson. Recovering these writers and acknowledging their position within the movement rests upon Belletto’s extensive research as, among other things, he went through Beat magazines from issue to issue to discover the intricate networks within the literary underground. His method proved exceptionally fruitful, as he examines the sustained communication between editors, writers, and readers, and how their interconnectivity typifies the materialisation and growth of the movement. 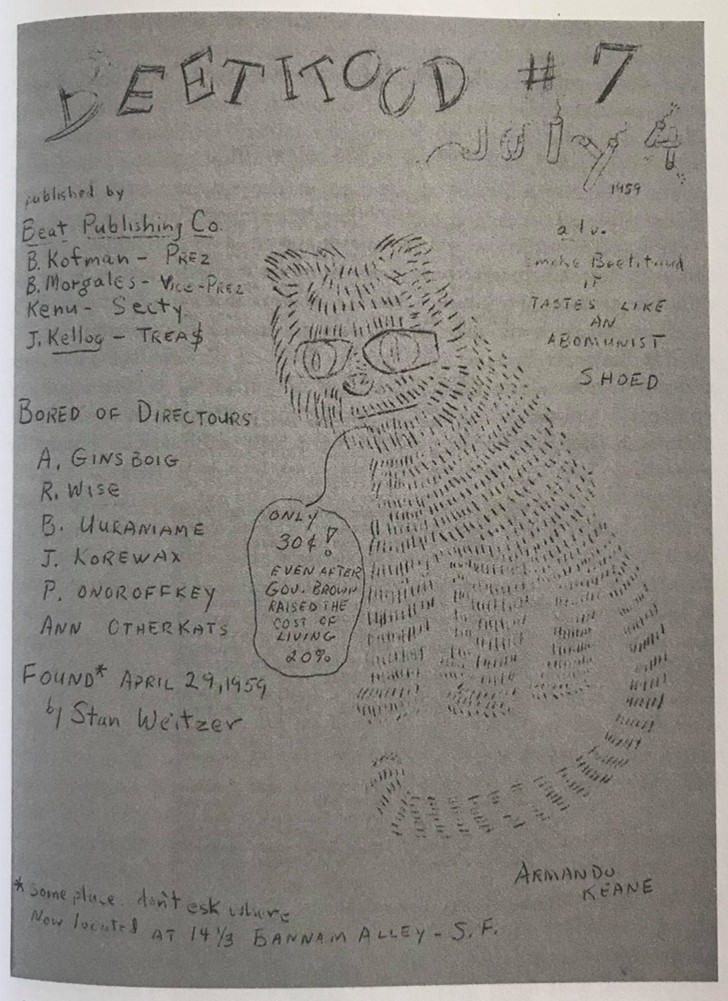 The front cover of Beatitude 7 (July 4, 1959). The title is phonetically spelt out in the way a stereotyped hipster might say it: ‘Beetitiood’. (173)

The Beats is an important addition to the field as it provides a grand overview of the many writers—from the popular to the relatively obscure ones—who played a part in the development of the movement’s ideas. Together with the literary output of the writers, Belletto assuredly guides us through the links between their production and other cultural currents like New Criticism, the poetics and performance of their work, the catalytic nature of Beat magazines (including Yugen, Beautitude, and The Floating Bear) on the road to book publication, and the presence of Beat detractors like Podhoretz.

The book is a valuable contribution to the field as it deepens our understanding of the breadth and depth of the literary interconnections within the movement. Race, gender, and geography are erased as erroneous barriers in the critical appreciation of Beats writers, and as such, many writers that historically have been ignored are now investigated in Belletto’s work.

Georgia Woodroffe recently obtained her doctorate from the University of Exeter in US literature and cultural history. She is currently a freelance editor and writer.
View all posts by Georgia Woodroffe →
Tagged  Book Review, The Beats.
Bookmark the permalink.