Book Review: State of Recovery: The Quest to Restore American Security after 9/11 by Barry Scott Zellen 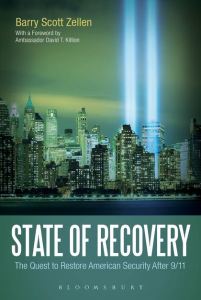 The terrorist attack on the World Trade Centre on September 11th 2001 was a watershed moment in national security in the United States. For the first time since Pearl Harbour, US homeland defences had been penetrated by enemy combatants and casualties had been suffered. Every department of the US government was ‘encouraged by political leaders and the public to do whatever it could to prevent another attack.’[1] The Bush Administration’s reaction was the formation of the Department of Homeland Security (DHS) in January 2003 with a budget of $29.4 billion as part of a massive federal government reshuffle. This led to what Barry Scott Zellen describes as ‘an unprecedented surge in governmental investment in new technologies for homeland security.’(9) It is this government investment in the technology industry and the industry’s subsequent impact on the maintenance of national security that is the subject of Zellen’s publication.

State of Recovery highlights in particular where government-led initiatives to secure the United States’ borders were influenced by corporate innovation through governmental funding and by developments within the consumer market since the Twin Towers attack. This is exemplified by the increase in efficiency and speed of development of consumer items such as mobile phones and tablets. As the war on terror became more technological, the military demand for greater technological advances became exponential, as did the funding. The increasing use of technology by both the US government and armed forces, and terrorist organizations such as al-Qaeda, leads Zellen to declare that ‘the internet has become a theatre of war unto itself.’(P24)

The book comprises of a number of essays written by Zellen which deal with the developments and innovation within information technology after the attacks on the World Trade Centre in 2001. It addresses the issues faced by the US government after 9/11 to ensure the safety of the general public against terrorist attacks, and examines the attempts made by the US to make sure that any future hostilities occur as far away as possible from the US mainland. This is an impressive piece of scholarship by a recognised authority in his field. 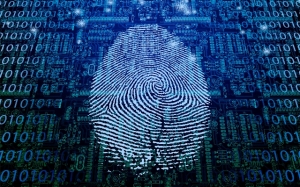 Zellen asserts that any successful national security program has to be as a result of successful partnerships, and it is a theory that is developed and supported by a wealth of information. The co-operation of government departments and technological corporations is illustrated throughout. The transformation of protection against online identity fraud is an example of this: already being developed by online security firms prior to 9/11, the necessity of restricting terrorist movement post 9/11 led to massive funding from the US government into the venture as part of the DHS’s Real ID Program. The program, part of the Real ID Act was an effort, says Zellen, to close the ‘revolving door to terror’. (33) It is Zellen’s examination of such juxtapositions that make this monograph such a unique and important contribution to the study of national security.

Zellen is also quick to point out some of the missed opportunities that information technology could play in maintaining homeland security, citing the Total Information Awareness (TIA) program as an example. TIA was an attempt by the US Federal government to use information technology in the fight against transnational threats to the United States’ national security by the mass mining of personal information on US citizens. This information would then be digitally analysed to help predict future terrorist threats. The program was defunded by US Congress in 2003 because of concerns that it was establishing a mass surveillance system that was unconstitutional. However, Zellen states that the 9/11 Commission Report of 2004 called on such a program to address potential security concerns, and it is Zellen’s support of the Singapore’s government’s own version of TIA, the Strategic Framework for National Security, that indicates Zellen’s bias should the scheme be resurrected. 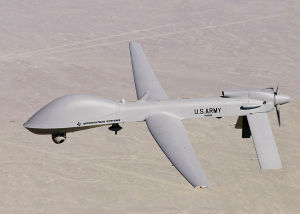 As with most technical and technological publications, there is a large amount of abbreviations, acronyms and jargon used by the writer, and at times the flow of the writing is stymied by referral to the much needed glossary. However, if criticism can be laid at Zellen’s door it is not in the necessary use of information technology terminology and numerous acronyms. Rather, it is Zellen’s assumption that the Federal government investment in technology since 9/11 is an unprecedented effort. Successive administrations from Truman through to Reagan spent billions of federal dollars on technological advances in an effort to win the Cold War. Just as the 21st century efforts, it had a massive knock-on effect of developing those industries associated with the military – electronics, air travel, nuclear energy and space travel. It is more accurate to say that the spending and development described in State of Recovery resulted in a federal and corporate partnership that had a substantial effect on both homeland security and the private sector that had also happened during the Cold War. And whilst Zellen explores the effect that the advances in technology have had on the Global War On Terror (GWOT) he fails to explore the cost that these advances may have on the United States through motivating insurgency among the victims’ relatives. Zellen praises the use of drones (UAVs) as a “highly cost-effective and lethally precise” piece of technology that “brought a degree of precision to air warfare that is historically unprecedented.”(135) However, at no point does Zellen consider the paradoxical effect that the inevitable collateral damage comprising of civilian casualties has on terrorist recruitment.

Nonetheless despite such criticism State of Recovery is a remarkable piece of scholarship that fills a gap within the study of national security. It does not examine in detail the events or politics that led to the creation of the Bush Doctrine in the Post /11 era, rather it examines the role that information technology had in helping the Bush and Obama administrations realize their foreign policy, in particular its role in the Global War On Terror. It is an excellent supplement to more conventional national security studies, in particular highlighting the effect of the partnership between the federal government and technological corporations had on foreign policy, and the subsequent collateral effect on the consumer technological market.

Book Review: Jimmy Carter and the Middle East: The Politics of Presidential Diplomacy by Daniel Stri...
Book Review: The Tea Party Divided : The Hidden Diversity of a Maturing Movement by Heath Brown
Review: 'Civil Rights Documentary Cinema and the 1960s: Transatlantic Conversations on History, Race...
Book Review: The Victims of Democracy: Malcolm X and the Black Revolution by Eugene Victor Wolfenste...
Review: ‘The “Not Yet” of the Nineteenth-Century U.S.’, BrANCA Symposium
Review: Marilynne Robinson Symposium
Review: ‘Land and Water: Port Towns, Maritime Connections, and Oceanic Spaces of the Early Modern At...
Book Review: An Intimate Economy by Alexandra J. Finley

Dafydd Townley is a Graduate Teaching Assistant and PhD student in the University of Reading's History Department. His doctoral thesis 'Spies, Civil Liberties, and the Senate: The 1975 Church Committee' investigates the conflict of maintaining national security while observing civil liberties in the United States. His interest include the United States Intelligence Committee and modern US political and social history.
View all posts by Dafydd Townley →
Tagged  9/11, C21, Presidents, War.
Bookmark the permalink.