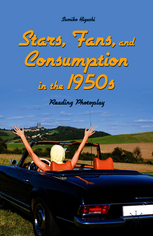 Sumiko Higashi’s Stars, Fans and Consumption in the 1950s is a book about popular imagery, namely those of the female icons of 1950s movies. Only this isn’t about the movies, rather Higashi’s  text investigates the iconography of these women as it is shored up in magazines and on billboards, unveiling not only the rampant commodification of Fifties bodies, but also how and why they were so voraciously consumed.   Indeed, Higashi’s analysis of Doris Day, Debbie Reynolds, Grace Kelly, Audrey Hepburn and Natalie Wood extends out from the movie theatre and into people’s homes, linking the discussion of imagery into that of a more expansive media presence. Ranging from Elizabeth Taylor to Marilyn Monroe, the book engages with established readings from critics such as Richard Dyer by transposing these theories into imagery in publications such as Photoplay and Motion Picture Magazine. Whilst the work here is seemingly engaged in the theorising of simulacrum from the Cold War in new ways, Higashi’s thorough analysis goes beyond the surface and into the manner in which these images actively instilled identity onto those who viewed them.

Stars, Fans and Consumption is therefore rather more concerned with the ‘consumption’ of image than it is about movie culture – and this is no bad thing. Higashi’s text is one which reveals a new and dynamic way to examine the postwar era and its gendered identities therein. For Higashi, Fifties femininity is about the ‘unequal, fetishised, and mass mediated relationships between stars as alluring role models and fans as imitation consumers’ (1) and how the fetishised appearance of female bodies on screen was transposed into print through magazines and advertising. She therefore acknowledges the issue at the heart of the Cold War – that of the duality of surface conformity and a culture which implied disunity. It is almost impossible to imagine a postwar culture without the iconic image of Marilyn Monroe, and yet, Monroe was far from the suburban housewife. The text therefore rightly begins with a nod towards the inherent issue of magazine cultures, operating within a relay of seeing and being seen. In an industry where the successful consumption of these bodies was their attractiveness and their embodiment of the Cold War ideology of suburban togetherness, Higashi acknowledges the problematic nature of Hollywood women as role models for American women. By focusing on print culture, this is a study of the creation of female types from within consumer culture. 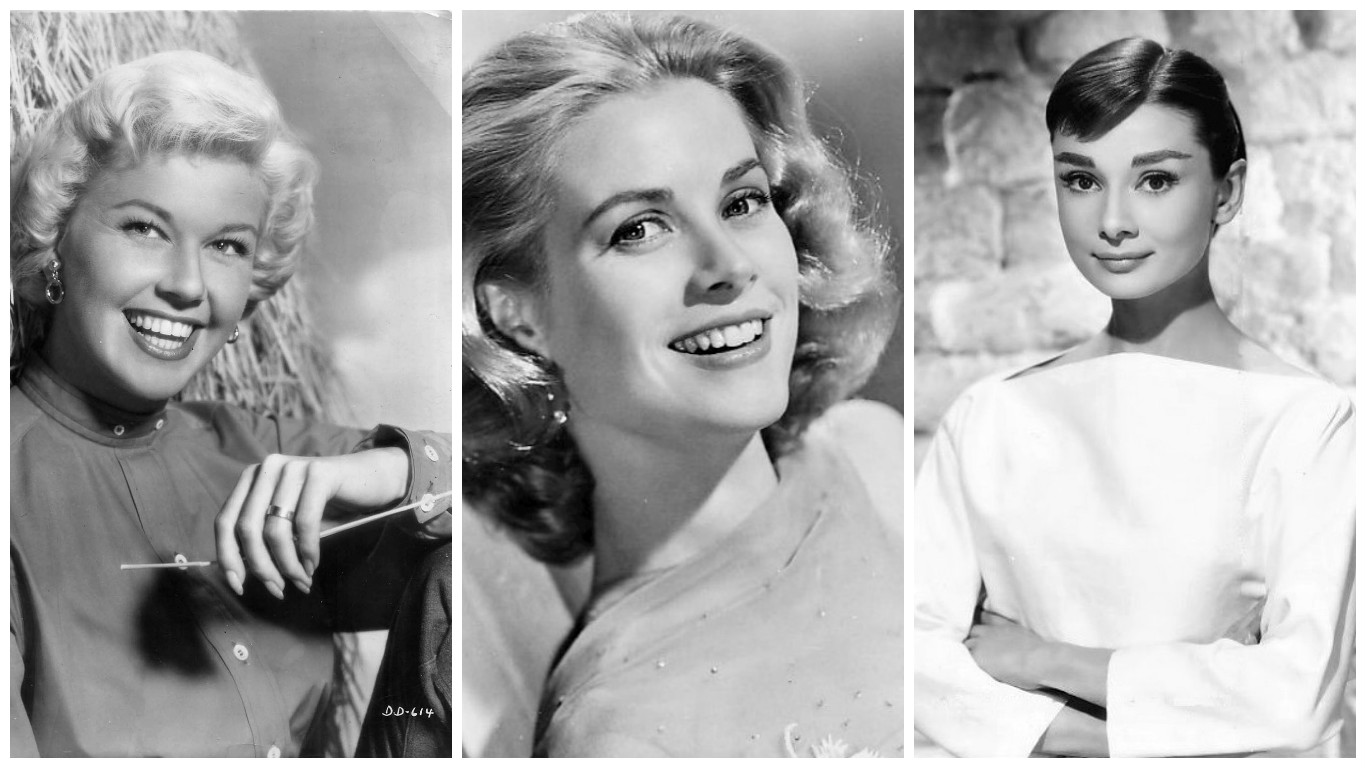 With heavy reliance on the works of Richard Dyer, Higashi divides the book into two sections. The first part investigates women’s choices by reconstructing magazine publicity through an investigation of individual stars. The second part of the book investigates the magazine culture itself and how women were consuming imagery through advertising. Of course, Higashi is aware of the pitfalls of this study, where the range of images on display meant a disunity of identity and a variety of so called ‘acceptable’ identities; but she avoids this quagmire of theoretical obstacles by recognising the division of the culture itself. The introduction is devoted to explaining the way in which Cold War America was divided between the public and private realm, where acceptability resides on the surface, and hence, this study becomes one invested in not only identity politics, but also history.

Perhaps what is most successful therefore is the manner in which Higashi’s investigation cites the magazine’s ability to ‘demystify stardom, enchanting consumers into a fanciful Cinderella story’ (4) of their very own making. In this way, the book’s primary focus, consumerism, is no longer seen as a cultural event that simply took place, but rather a destructive force oppressing women both on screen and off. Femininity therefore becomes a performative identity to be paraded in order to be viewed, where life mirrors art. In this way, Higashi makes clear, that an era so consumed by artifice comes to regard the female body as marketable commodities themselves. Like the magazines examined, the image reflected on real bodies becomes nothing more than another photo in Photoplay, perpetuating the performance of femininity into a series of poses to be copied and tried on. As this book’s thesis evidences, these magazines therefore instilled a sense of self fashioning – one which maintained the acceptability of the stars on display, regulating what appeared as a liberating act, into one which contained women once more.

Higashi’s Stars, Fans and Consumption in the 1950s is therefore a seminal work within the field of Cold War Studies for it charts the creation of postwar consumer identity from within consumption itself, reading women’s bodies as those which have been constructed and manufactured in the magazines, on screen and in the home. The text charts the changing and evolving landscape of women’s identity as role models and the manner in which this identity could be achieved. Ironically, whilst the magazines ‘transform[ed] youth in a less inhibited, if more self absorbed… consumer society’ (149) Higashi sees a society of femininity based on social policy – not individual stars – linking this to today’s media culture where the depressing gap between the real and the ideal still resonates.

Book Review: Trump and Us: What He Says and Why People Listen by Roderick P. Hart
Book Review: Forging a Laboring Race: The African American Worker in the Progressive Imagination by ...
Review: HOTCUS Postgraduate Conference, 'Patriot or Protester?: Changing Ideas of Americanism during...
Conference Review: 'The War on the Human: Human as Right, Human as Limit and the Task of the Humanit...
Conference Review: 'Supposedly Fun Things: A Colloquium on the Writing of David Foster Wallace’
Book Review: Democracy Promotion, National Security and Strategy by Robert Pee
Book Review: Critical Insights: David Foster Wallace edited by Philip Coleman
Review: Bowie's Books Conference

After receiving her English degree, Antonia worked as a fashion journalist before returning to academia, where she completed an MA and PhD in American Literature. Since 2011 she has been an Associate Lecturer at Oxford Brookes University as well as a lecturer at Goldsmiths, University of London. In recent months Antonia received the teaching award at Oxford Brookes and is currently working on her first book - a monograph of her thesis on Cold War spaces and identity.
View all posts by Antonia Mackay →
Tagged  Celebrity, Cold War, Film, Gender and Sexuality, Visual Culture.
Bookmark the permalink.