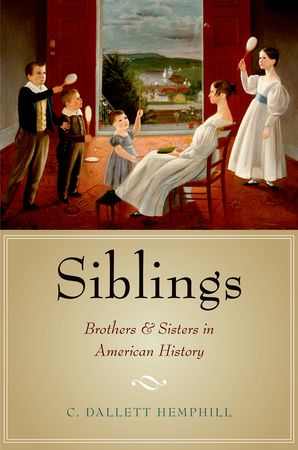 Hemphill’s Siblings: Brothers and Sisters in American History is as much about American history right before and after the Revolution as it is about generations of change in American family life through the lens of brothers and sisters, young and old. The volume offers a fresh look at gender relations, family bonds, and support structures, democratization, play, power, and parenthood among generations of siblings growing old together.

Throughout the book, Hemphill repeatedly refers to siblinghood as “an important cushion” against social, political, economic, and cultural forces and transformations at large (p. 221), against which she examines cases of sibling rivalry, estrangement, physical and psychological abuse and sibling incest. She achieves this through examining a remarkably extensive range of sources, from middle and upper middle class family records including those of her own family, to period images, diaries, and advice literature to probate cases, runaway slave advertisements, and biographies and autobiographies including slave narratives. To the extent that such a comprehensive archive allows, Hemphill weaves her narrative spanning from colonial to antebellum era as she highlights, and yet moves beyond, class, colour, region, race, even language boundaries in order to convincingly analyse the reciprocity of siblinghood and nationhood. 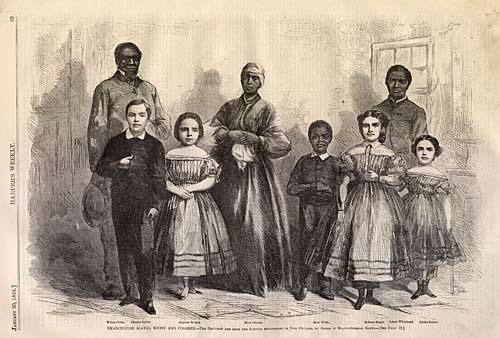 From collective fun to mutual fondness, from emotional and financial support to bitter rivalry, and from abuse to acts of devotion this book is a cohesive narrative on intricacies of siblinghood in a country whose share of the eighteenth and nineteenth centuries was one of commotion, change, migration, social unrest, and attempts at self-definition and national coming-of-age.

What makes the book a remarkable read is the smooth yet frequent crisscrossing of the boundaries of childhood and adulthood through which Hemphill accords siblinghood varying degrees of power as siblings aged, moved out, married, divorced, turned to politics, or became parents or entrepreneurs. As she remarks, siblinghood was “a needed counterbalance to larger relations of power (p. 15).” Furthermore, as the volume demonstrates, how children were understood, the way their actions, their words, even their rule-breaking behaviour were discussed among adults, and the research questions asked about them in relation to larger trends in American history were all influenced by the duality between agency and structure, the very first instances of which started among siblings on the familial level. Child, and later adult, agency was shaped by, even at times stood against, structures such as family, religion, democratic spirit of the nation, etc. In sum, what makes such a volume a timely addition to the literature on the history of American families is that Hemphill studies family history in a myriad of vertical and horizontal lines of kinship. The author moves beyond the parent-child and husband-wife relationship, examining children as individuals who had power to bring in change or at least influence their parents’ decisions, and traces the evolution of child agency in its relationship with adults as well as other children within various structures. 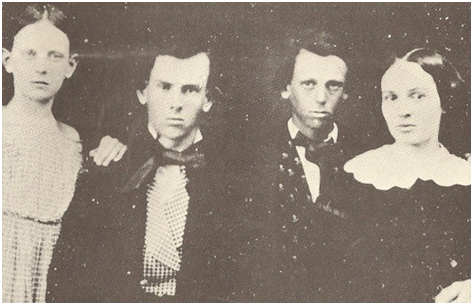 To assume that siblinghood is exclusively about childhood, the book suggests, is wrong. As Hemphill demonstrates throughout the book’s nine chapters, siblinghood is a bond which forms during childhood but does not end or cease to evolve as brothers and sisters grow up or grow apart. However, siblinghood starts with childhood. One drawback which looking at siblinghood across generations shares with other historical studies of childhood is the lack of any substantial archives of childhood. In other words, in the case of a great majority of narratives on childhood, including this volume, researchers inevitably depend upon retrospective records of childhood and as such studies of siblinghood too fail to reflect children’s voices first-hand.

Excepting her brilliant analysis of slave siblings, the other problem that the book has to deal with is a lack of extensive archives in the case of lower classes, orphans, and siblings who grew up in any familial setting other than the conventional nuclear family. Family portraits and family letters, for instance, were only available in the case of children of middle and upper middle class families. As literature on the emerging middle classes in the eighteenth and nineteenth centuries suggests, families who defined themselves as belonging to that class were highly conscious about the ways they were represented in society at large and therefore might have made only a ‘blue-pencilled version’ of their family histories available to the public. In the same vein, this study almost entirely excludes the cases of children who, as a result of siblings’ death or their mother’s health, did not have any siblings (Hemphill talks about one-child families in passing on p. 140).

Although a volume of great value to historians of childhood, republican families, and nationhood, Brothers and Sisters in American History ends right where complex late nineteenth century trends such as heightened consumerism, new waves of immigration from China and southern Europe, compulsory primary education, and child-specific popular culture began to affect American society including the lives of generation after generation of American siblings. Thus, the volume—though abortive in the time period it investigates—is an invaluable contribution to the field especially as it makes further research into the question of siblinghood in the progressive era and beyond a scholarly necessity.

Book Review: The Politics of the Body: Gender in a Neoliberal and Neoconservative Age by Alison Phip...
Most Viewed Posts of 2016
Panel Review: ‘Recent Work in Asian American Studies’
Book Review: The Maximalist Novel: From Thomas Pynchon’s Gravity’s Rainbow to Roberto Bolaño’s 2666 ...
‘[S]omething to feel about’: Zora Neale Hurston’s Barracoon: The Story of The Last Slave
American Catholicism and Empire: A Review Essay
What We Learned: Organiser's report on the 1st Americas Postgraduate Conference at the UCL Institute...
Book Review: Melville in his Own Time edited by Steven Olsen-Smith

Author of Citizens and Rulers of the World: The American Child and the Cartographic Pedagogies of Empire (forthcoming with the University of North Carolina Press), Mahshid Mayar is an assistant professor of American Studies at Bielefeld University, Germany. In her current research, Mahshid interrogates the politics and poetics of silence and silencing in a book project that attends to the political, the historical, and the aesthetic in contemporary US erasure poetry. Her research and teaching interests lie in protest poetry, new empire studies, historical childhood studies, C19 US history, and critical game studies. Mahshid has held fellowships at the University of Georgetown, Washington, D.C., and at Amherst College, Massachusetts.
View all posts by Mahshid Mayar →
Tagged  African American Culture, C19, Cultural History, Native Americans.
Bookmark the permalink.