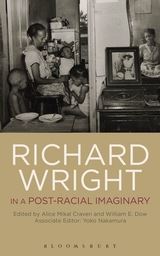 It has always seemed that Du Bois proved astutely prophetic in his 1903 publication, The Souls of Black Folk. He wrote it in the near aftermath of Plessy vs. Ferguson, the infamous Supreme Court ruling of 1896, a decision which ultimately upheld the constitutionality of the separate but equal doctrine. Its consequence had been the establishment of systematic segregation in the South and the reinforcement of the colour line, as Du Bois had predicted in his writing. Race segregation, along with its decline and collapse in the Civil Rights Era, characterised much of the supposed American century—even if W.E.B. Du Bois remained aloof from the Civil Rights Movement and its nationwide struggles over the colour line in the 1950s and 1960s.

Du Bois had rightly predicted that racial binaries would characterise the twentieth century, then, but what of the twenty-first? It has been argued by some critics and political commentators, including Wilbur C. Rich in The Post-Racial Society is Here, that America has now entered a theoretical age known as a ‘post-racial society.’ In the 2015 context of an Obama presidency, traditional racial binaries are outdated and no longer sufficient to describe the significance of race in American society. Importantly, this is not to naively suggest that racism and racial thinking have disappeared completely, but rather that “one’s racial background is no longer an absolute barrier to opportunity and mobility” (Rich 3).[1]

Such arguments have naturally been met with opposition from those who believe America has not yet become colour-blind, but the authors of Richard Wright in a Post-Racial Imaginary do not attempt to situate themselves within this heated debate. Indeed, editors Alice Mikal Craven and William E. Dow decidedly refrain from debating for the existence or absence of this post-racial society. Rather, they seek to assert the importance of Richard Wright’s writing in envisioning the concept of a post-racial America (“the post-racial imaginary”). Each of the fifteen essays seek to argue that Wright was, like his contemporary Du Bois, prophetic in his outlook.

The collection is a long-awaited product of a 2008 Conference at the American University of Paris, one of many events held to mark Richard Wright’s birth centennial, and, much like the Paris conference itself, argues for Wright’s increased relevancy in an increasingly transnational and seemingly post-racial culture. It is divided into five segments and perhaps loosely follows the chronology of Wright’s life, beginning with his modernist influences and ending with studies of his numerous valedictory haiku. 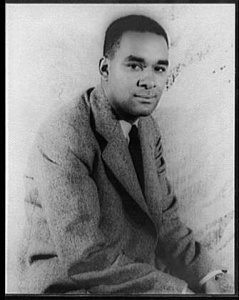 The opening section focuses on the wide array of influences which Wright drew upon to articulate his vision, including sociology, high modernism and Third Period ideology. In Native Son (1940), Bigger Thomas’ naïve understanding of the Chicago Black Belt does not allow for him to understand the white incongruities of Jan, Max and Mary, and their role is only explicable through an eleventh-hour schooling in dialectic theory, according to Anthony Dawahare. In the second section, Wright’s literary odyssey is explored through his manuscripts and correspondence, placing his work in the historical and literary contexts of the 1940s and 1950s. These readings emphasise the existential work in Europe and argue for his consistently revolutionary writing—Black Hope (1940), for example, even as an unpublished work, argues for the role of women as the “vanguard of antifascism,” according to Barbara Foley (122).

The third and fourth sections of the book uncover Wright’s encounters with the Gothic and with performativity. Many of the Gothic motifs found in his work—including the underground and “a horrific past”—contribute to his representation of “black self-representation and self-fashioning,” and are drawn from Hemingway and pulp fiction (Craven and Dow 5). Although he never became a successful playwright, a dramatic sensibility has meant that Wright’s novels also contain many motifs of acting and role-playing. “I wanted the reader to feel that Bigger’s story was happening now, like a play upon the stage,” he writes, suggesting that his various theatrical experiments may have resulted in the startling immediacy of his writing (qtd. in Allen Dick 188). In the fifth and final section, the post-racial vision beginning to be articulated by Wright in his work is also seen to be a transnational phenomenon. Critics Sudhi Rajiv and Alice Mikal Craven find overseas parallels to Wright in the work of Sharankumar Limbale and Bernard Dadié, and the authors’ common themes of alienation and marginalisation.

Each of the book’s five sections ultimately present Richard Wright as someone who has transcended the restricted category of race writing and has been indiscriminate in his influences. In each aspect of Wright’s work, the essayists argue, there exists a distinctive cultural and literary hybridity. Wright was aware of the limits imposed by a racialised society and the dangers of viewing race “as a biological reality rather than a superimposed category” (Craven and Dow 3). His work, as a result, draws upon a resounding symphony of different traditions and disciplines in the pursuit of a universal humanist vision. If Wright’s theme of injustice and alienation is a global problem, his approach to discussing it is fittingly inclusive, and anticipative of a post-racial world.

One of the primary objectives of this volume is to stress the diversity of Richard Wright’s influences, and in this regard it can be considered a success, the multitude of essay topics reflecting the variety of Wright’s inspirations. Furthermore, the argument of his relevancy puts it beyond Wright scholarship which is overly dominated by the socio-historical and concerns of his time; instead, it is concerned with its significance for our time. Its engagement with postmodern concerns of transnationalism, performativity and intertextuality make it an informed contribution to contemporary studies of Richard Wright and American Literature, and therefore, to make my own prediction, make it a lasting work of Wright criticism.

Book Review: Informal Ambassadors: American Women, Transatlantic Marriages, and Anglo-American Relat...
Book Review: Chemical Heroes: Pharmacological Supersoldiers in the US Military by Andrew Bickford
Book Review: The Coming of Southern Prohibition by Michael Lewis
Book review: The Royalist Revolution by Eric Nelson
Review: The US and Us: American History in Britain in the Twenty-First Century
Review: 'Ideas and Transformations in the Americas', UCL Institute of the Americas PG Conference
Review: ‘Collaboration in America and Collaborative Work in American Studies’
Book Review: The South: Jim Crow and Its Afterlives by Adolph Reed Jr.

​Eoin O'Callaghan​ is a PhD candidate in the School of English at University College Cork, Ireland, where he also completed his BA and MA degrees. His thesis focuses on William Faulkner's adaptation of short story material for the 'Snopes' Trilogy, and the consequences of this adaptation for Faulkner's representation of place and whiteness. He was the recipient of a Government of Ireland Postgraduate Scholarship in 2015, and teaches a number of undergraduate modules on the short story and Southern literature.
View all posts by Eoin O'Callaghan →
Tagged  African American Culture, Black History, C20.
Bookmark the permalink.