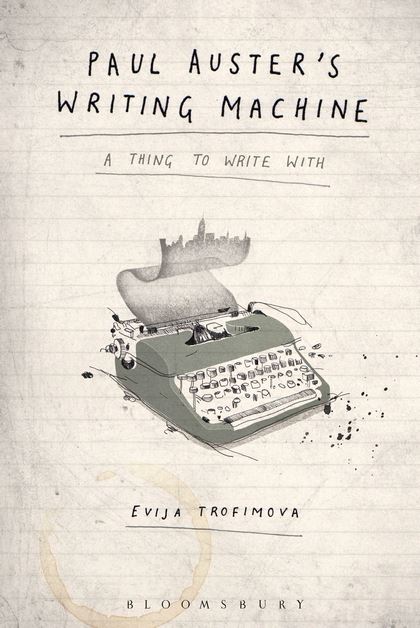 “…[T]o be an Auster critic always means to be slightly lost” (4). With this statement, Evija Trofimova sums up the experience (or plight) of Paul Auster’s collective readership, from the casual reader to the most observant critic. The author’s early investigation centres around the uncontained nature of Auster’s fictional universe, which she later dubs “Austeralia.” In this land of metafiction and contingent ontologies, “[i]t is impossible to talk about the interpretation of a single, self-contained Auster text” (8). In what many consider to be his magnum opus, The New York Trilogy (1985), Auster readily destabilises the traditional boundaries of text, world, and reader. Just as a character named “Paul Auster” emerges in the first segment of the trilogy (City of Glass) as investigator within a story written by the author of the same name, the reader—generally considered to be bound (in a literary sense) to the character and role of detective—is disoriented through playful metafictive writing. Trofimova sees the interconnectedness of his body of work as “practicing tenets of postmodern theory, accounting not only for their destabalized authorship and self-referentiality, but also their lack of closure and somewhat elliptical quality” (8-9). At this early juncture in Paul Auster’s Writing Machine (2014), it is hard not to reach agreement with Trofimova’s exposition of the often abstruse style of the content manufactured by this very “writing machine.”

The inventive focus often revolves around a creative thesis that perceives Auster’s collective literary universe as one that is constantly expanding, and not only that, but continuously creating itself by means of productive literary machines and devices that he has put in motion. He unquestionably relates to the idea of writing as a mechanised process, and as such employs “components making up the machinic body of the writer” (19), but uniquely for Trofimova, sets them to work on his own text: “In other words—Auster’s writer-character assemblage is also his own ‘writing machine,’ producing other writing-characters that keep operating as writing machines, and so on ad finitum” (19). There is something quite pleasing about this portrayal of Auster as a machinist, creating a textual representation of the world that in a sense sustains itself, but perhaps never finishes, and reminds us of the absurdist duo, Flower and Stone, in The Music of Chance (1991). As Stone embarks on a reductive project to create an increasingly miniaturised model of the mansion he dwells in, and an identical working model inside of it, and so on to infinity, we get a working example of what Trofimova calls Auster’s “humano-machinic . . . life-work” (21). Just as this elaborate textual design begins to sound familiar, the critic elicits Deleuze and Guattari’s declaration that “[t]here is no longer a tripartite division between a field of reality (the world) and a field of representation (the book) and a field of subjectivity (the author). rather, an assemblage establishes connections between certain multiplicities drawn from each of these orders, so that the book has no sequel nor the world as its object nor one or several authors as its subject” (qtd. in Trofimova 21). The pairing of these complimentary theories that propose the dissolution of presupposed boundaries is productive, and works to the advantage of the argument’s completion. 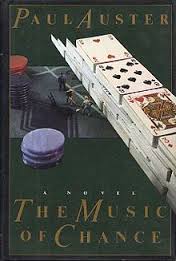 She forges a satisfactory mode of reconciling the two duelling interpretations of Auster’s corpus that are so often read in opposition to one another: the postmodern and the humanist hypotheses. The former relates to the rhizomatic structure of Auster’s texts, and how they all seem to form a web which is increasingly complex and disorientating the harder one tries to delineate the patterns, thus creating a highly idiosyncratic, intellectually challenging, and intra-connected super-text. The humanist discourse focuses on Auster’s sensitivity for our inherent need to connect and ascertain meaning along with some hermeneutical stability, in opposition to the dehumanising effects of the postmodernist assemblage. This, Trofimova calls the search for “the human pulse in Auster’s work” (14). In a stroke of creative critical thinking, Trofimova proposes that we view this opposition in line with Deleuze and Guattari’s dualism of the rhizomatic and arborescent structures that do not necessarily act in defiance of one another. Rather, “[i]t is a way of creating plurality of thought” (16), that enables these to polemics to co-exist and further enrich the depth of Auster’s work. 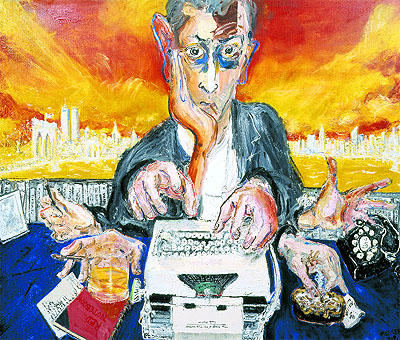 A  welcome addition to this appraisal of Austeralia is the inclusion of Sam Messer’s celebrated portraits of Auster. “The Wizard of Brooklyn” (left) presents Auster busying himself with idleness, one hand readied to receive a call from someone unknown, the next supporting his beloved cigar, while yet another holds his head in a look of bemused concentration. A red notebook rests within reach. By including these visual illustrations, not only of his characterisations and landscapes, but his process(es) too, Trofimova manages to imbue Auster’s complex universe with new tools to observe and critique the products of his beloved typewriter, an object of persistent examination.

Auster is often decidedly at home in a dislocated literary landscape, and Trofimova’s book provides a welcome sense of stability. It emphasises the “thingness” of objects that give a sturdiness, a ballast, to a body of work that is so often associated with loose or dissolving ontological grounds. Trofimova doesn’t merely retrace these steps with new language, but rather constructs a revitalising approach to understanding Auster’s idiosyncratic propositions for the locality of the line between text and world, and the relationship between the two.

David is entering the third year of his PhD at University College Dublin, having earned a BA (English and History) and MA (American Literature) from the same institution. His research focuses on twenty-first century American fiction, namely that of Cormac McCarthy, Denis Johnson, Hugh Nissenson and Rebecca Goldstein. His thesis considers aspects of shifting moral bases and ethical dilemmas as they appear in post 9/11 writing and pertain to the conflicting justifications of religious identities/traditions and scientific/secular understandings of morality. David is treasurer and a committee member of the UCD English Graduate Society, co-editor of the Emerging Perspectives Postgraduate Journal and co-organiser of the associated Emerging Perspectives Postgraduate Conference, held annually at University College Dublin. He has published an article on the poetry of Amiri Baraka and Yusef Komunyakaa, and is the author of a chapter in a forthcoming collection on the work of Paul Auster.
View all posts by David Deacon →
Tagged  Literature.
Bookmark the permalink.