The State of the Discipline Series: Part I

The State of the Discipline Series: Part I

Our new editorial team opens its term with our long-awaited State of the Discipline series. In this set of reviews, which will survey cutting-edge work in the field while also celebrating its diversity, Christina Westwood first took us to a contest fought between land and sea as Native Americans attempt to withstand colonial violence in Andrew Lippman’s The Salt Water Frontier: Indians and the Contest for the American Coast (Yale University Press, 2015). You can read Christina’s review here. Today, Jonathan Pountney brings us the latest in cultural theory with his review of Michael Denning’s fascinating portrayal of sound and movement in Noise Uprising: The Audiopolitics of a World Musical Revolution (Verso, 2015). The series continues in Part II, to be published later this year. 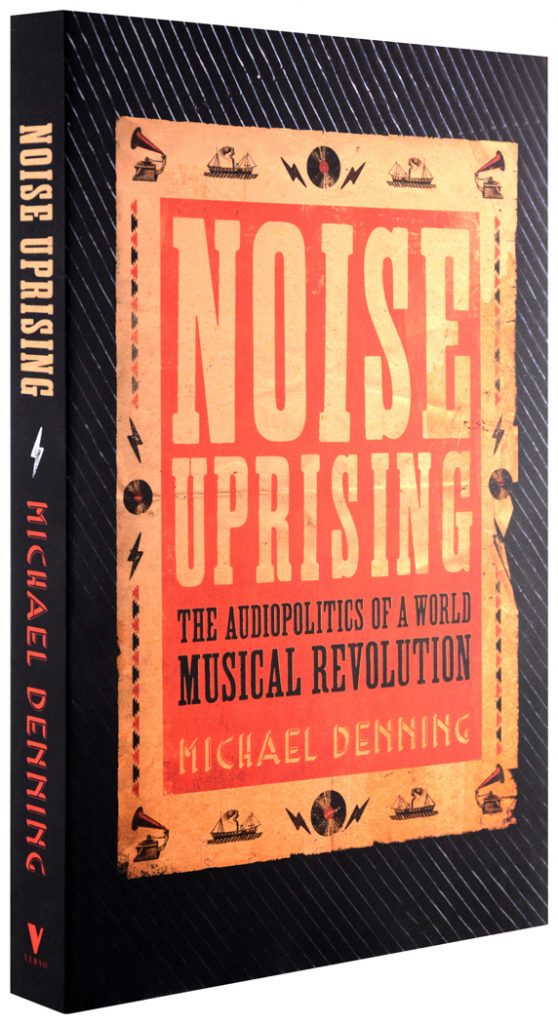 The cultural historian Michael Denning is probably best known for The Cultural Front, his acclaimed account of twentieth-century leftist American culture, first published in 1997. More recently, Denning’s research has taken a more international perspective, and his 2004 publication, Culture in the Age of Three Worlds, assesses the rise of mass culture in the second half of the twentieth century across the globe. In many ways, then, his latest book, Noise Uprising: The Audiopolitics of a World Musical Revolution, is a partner to these earlier texts in that it charts distinctive sites of resistance to the hegemonic music of colonial capitalism.

Noise Uprisingis an alternate history of a cultural revolution that spanned a global recording boom that began with advances in recording technology in 1925 and ended with the financial depression in 1930. By chronicling a series of recording sessions in a number of colonial outposts – from Havana to Honolulu, Cairo to Jakarta, New Orleans to Rio de Janeiro – Denning charts the important contribution to the musical world that commercial recording companies, armed with electric recording equipment and inexpensive shellac discs, had in the dissemination of vernacular musical idioms that have since reverberated around the globe under familiar names such as: rumba, samba, tango, jazz, calypso, flamenco and hula.

While this boom – like others throughout the history of capitalism – burst suddenly at the onset of financial depression, Denning argues that ‘those five years changed the sound and space of the world’s music; they stand as the central musical revolution of the twentieth century, a musical “turnaround” with more profound consequences than that of the “modern” musics of the European avant-garde’ (3).

How and why this change occurred is the topic of Denning’s book. Chapter one provides a straightforward yet comprehensive documentary timeline of vernacular music recordings in colonial cities in this period. Chapter two is more analytical and argues for the existence of an archipelago of colonial ports – the very sites at which the recording companies, aided by the development of steamships and advancements in telecommunication technology, procured their vernacular recordings. Chapter three charts the impact of electric recording technology and the subsequent centrality of recorded music in the music industry more generally, before considering the increasing centrality of vernacular music in the musical guild. Chapter four historicises the rise of the record player as well as journalistic writing about music, before analysing how phonograph culture transformed vernacular music itself.

For readers familiar and interested in Denning’s earlier work, chapter five, which charts the cultural revolution associated with the rise of vernacular music phonographs, will prove the most interesting. In it, Denning argues that the recording sessions between 1925 and 1930 coincided with the first stirrings of anticolonial activism and thought; that the phonograph was an important tool in decolonisation; and that the vernacular gramophone music that was recorded heralded the birth-pains of cultural revolution.

Denning’s proposition in this chapter relies on the premise that colonisation itself was, to a certain extent, a musical event, and so Denning therefore grants a portion of this chapter to historicising the impact of colonial music on indigenous culture before moving on to a discussion of how the uprising of vernacular musical ‘noise’ was met with colonial oppression. Denning also usefully notes that the history of musical oppression is closely linked with a broader history of anti-black race riots and massacres and notes the rise of two distinct ideologies: one that associated vernacular music with a valorisation of ‘black music’, and the other that rejected it in favour of the valorisation of a rural, white, settler past.

Denning’s interest lies in particular in the idea that phonograph culture, and the recordings of vernacular music and its mass distribution in the late 1920s, emerged during these ideological battles. He concludes by arguing that if the political revolution of decolonisation relied on political independence and sovereignty, then it also depended on a similar cultural decolonisation. Therefore, the rise of vernacular recordings represents countless declarations of cultural independence. As Benedict Anderson’s concept of nationalism relies on the omnipresence of ‘print capitalism’, so Denning argues that decolonisation depended on this era of ‘sound capitalism’ – a new, urban, plebeian music that circled the world. In this sense, then, while there is no clear moment when the ear was ‘decolonised’, the battle over sound and music was central to the struggle over colonialism.

It is worth stating at this point that Noise Uprisingis not a musical analysis of vernacular music, but chapter six does get closest in examining its timbre, rhythm and harmony. Of particular interest in this chapter is Denning’s discussion of improvisation and the interesting paradox that, with the rise of electric recording, what was once the element of music that seemed most ephemeral became a new form of reification, permanently inscribed on the grooves of a shellac disc and subject to mechanical repetition. In turn, as virtuosic performances rather than songs became the currency of the recording industry, musicians who could improvise became celebrities and their records circulated widely.

Denning closes his account with the termination of the recording boom at the onset of the global financial depression in 1930. He concludes by considering how vernacular recordings have been re-imagined and re-appropriated over the twentieth century, from Paul Simon’s collaboration with Ladysmith Black Mambazo on Gracelandto the creation of ‘world music’ under the commercialisation and financialization of the industry in the neoliberal era.

The seven chapters that Denning gives to the story and impact of this ‘noise uprising’, as well as the discography at the book’s end, is not a conventional musicological analysis – although many interesting and important figures from Louis Armstrong to Umm Kultūm, Darius Milhaud and Rosita Quiroga are covered – but it is an important engagement with the culture and music of the phonograph era and its impact on decolonisation and cultural revolution. As such, it is of value to American Studies scholars, ethnomusicologists, post-colonialists and cultural studies academics alike.

Book Review: Presidents and Their Pens: The Story of White House Speechwriters by James C. Humes
Book Review: The Queerness of Native American Literature by Lisa Tatonetti
American Catholicism and Empire: A Review Essay
Book Review: Political Polarization in American Politics edited by Daniel J Hopkins and John Sides
Book Review: Black Paper: Writing in a Dark Time by Teju Cole
My Archival Adventure as an Academic Researcher across the Atlantic
Book Review: Philosophy for Spiders: On the Low Theory of Kathy Acker by McKenzie Wark
Book review: Out of Oakland, Black Panther Party Internationalism during the Cold War by Sean L. Mal...

Dr Jonathan Pountney currently holds two part-time teaching positions: one at the University of Manchester, the other at Lancaster University. He is an editorial board member of the Raymond Carver Review, and his monograph, The Afterlife of Raymond Carver: Residual Craftsmanship in the Neoliberal Era is due for publication next year.
View all posts by Jonathan Pountney →
Tagged  African Americans, Black History, C20, Colonialism, Cultural History, Music history, Musicology, World History.
Bookmark the permalink.