Book Review: Melville in his Own Time edited by Steven Olsen-Smith

Steven Olsen Smith, ed. Melville in his Own Time: A Biographical Chronicle of His Life, Drawn from Recollections, Interviews, and Memoirs by Family, Friends, and Associates Iowa City: University of Iowa Press, 2015, pp. l + 205. $60 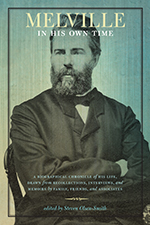 During my first research trip to the United States in Summer 2012, I persuaded my friend Margaret to drive us to Pittsfield, Massachusetts to visit Arrowhead – Herman Melville’s farm house. I was half-way through a PhD thesis on Melville, and felt that I couldn’t visit Massachusetts without going to the place where Melville wrote Moby-Dick. Partly, this was touristic curiosity, but there was some bit of me that thought I might better understand the books I was writing about if I could go to the place where Melville wrote them – if I could picture Melville in his immediate context.

Arrowhead is beautiful. If you visit in summer, the yellow paint on the house glows.  You can stand on a restored version of the piazza that Melville wrote about, and understand why the Berkshire Hills reminded nineteenth-century writers of the ocean. You can visit Melville’s study and look out the window at Mount Greylock, to which he dedicated Pierre. You can buy a “Call Me Ishmael” bumper-sticker in the giftshop, just like I did. I had a strange admiration for the way that Arrowhead openly filled in the gaps in history, replacing Melville’s lost desk with a replica that we were encouraged to photograph. The authentic, the reconstructed, and the downright speculative rubbed up against each other at Arrowhead in a way that Melville – who partially invented his own “real-life” travel narratives – might have wryly appreciated. I liked Arrowhead a lot, but I’m not sure it helped me know Melville any better. Rather than revealing a new side to the writer, Arrowhead was a stage set on which existing Melville knowledge could be played out. 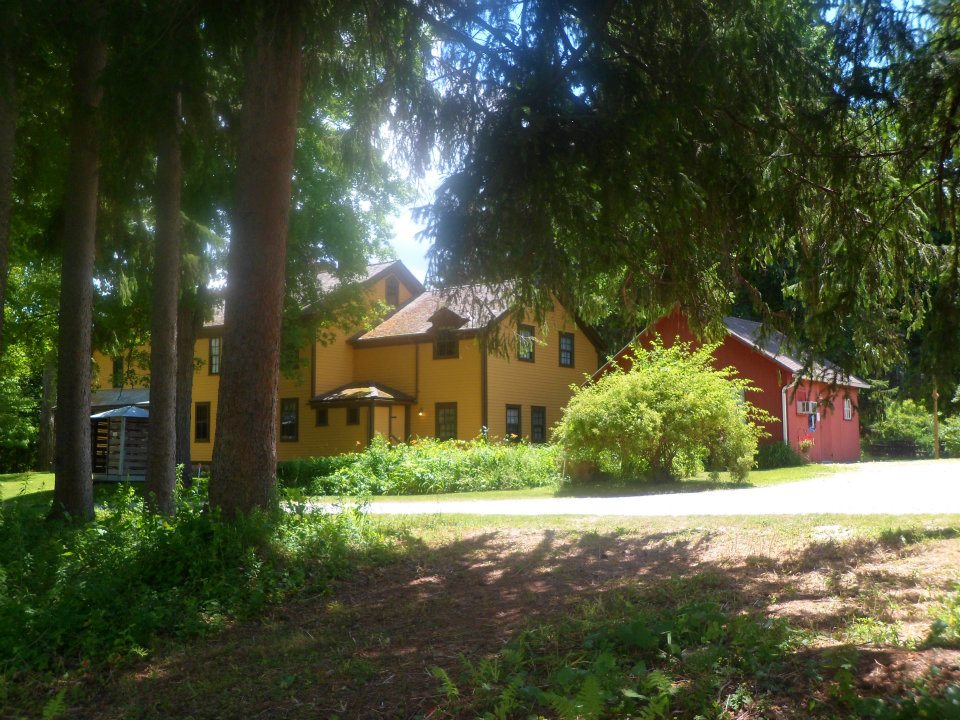 Melville in His Own Time, edited by Steven Olsen, is also a repository of existing knowledge about Melville’s life. The collection brings together primary accounts of Melville by his family, friends and associates that have been uncovered by scholars over the past hundred years, so that contemporary critics and students of his works might know the writer better. Compared to other nineteenth-century writers, biographical information about Melville, and especially about his personality, is sparse. Much of what information we have comes at second hand and some temporal remove. This problem of “Knowing Melville” is the topic of John Bryant’s elegant foreword to the collection. Bryant’s suggestion is that scholars acknowledge and, as far as possible, map the transmission and fluid nature of some of these accounts, foregrounding the ‘instability of documentary evidence’ (xi). “Knowing Melville” involves realising that knowledge is contingent.

Olsen-Smith’s introduction, conversely, provides a concise account of the facts of Melville’s life: his unstable childhood following the death of his father, his years as a sailor and success with Typee in 1846, the relative failure of Moby-Dick, Pierre and The Confidence-Man, and his later life as poet and Custom’s House Inspector. The introduction is representative of the collection as a whole. Whilst not uncovering any new sources of information, Herman Melville in His Own Time brings together edited texts of valuable and often inaccessible biographical documents, many of which fall outside the purview of the Newberry-Northwestern edition of Melville’s works and some of which are published with corrected transcriptions for the first time. These interventions will be useful to scholars of Melville’s work who await Hershel Parker’s New Melville Log. The sources are prefaced by headnotes that lucidly outline each one’s provenance and locate it in Melville’s life, making the book especially useful as an aid for teaching Melville, and, more widely, antebellum American literary culture.

The most interesting items in the collection are letters by Evert Duyckinck, editor of the influential literary magazine The Literary World and close friend of Melville, and Sophia Hawthorne, wife of Nathaniel. Writing to his wife, Duyckinck details his adventures with Melville in the Berkshires in 1850 and 1851, and portrays a vivid picture of American literary circles and middle-class social life in the mid-century. His letters also implicitly suggest the extent to which Melville’s own epistolary style was influenced by the urbanity, warmth and energy of his correspondent: Duyckinck’s letters to his wife are similar in tone to Melville’s letters to Duyckinck. Hawthorne’s very personal letters to her sister, Elizabeth Peabody Palmer, reveal the intensity of her admiration for Melville: ‘He is all on fire with a subject that interests him. It rings through his frame like a cathedral bell’ (75). If Melville’s (intellectual or sexual) ardour for Nathaniel Hawthorne was not entirely reciprocated by the older writer, then Sophia Hawthorne’s strength of feeling came close to matching it.

I would have preferred that Olsen-Smith gave more room to these manuscript sources, or, at least, to discussing his principles of selection (it is unclear, for example, whether the Duyckinck letters are his entire surviving correspondence from the Berkshires, or selected letters). Understandably space is at a premium, but Melville in His Own Time occasionally misallocates it. Cornelius Mathews’s ‘Several Days in Berkshire’ is reprinted in full for the first time since its appearance in The Literary World in August and September 1850, as Olsen-Smith observes. But digital copies of those issues of the magazine are available from Google Books, making Mathews’s article easily accessible, as well as illustrating that its first part was published in the same issue as Melville’s ‘Hawthorne and his Mosses’ – a fact not mentioned in Olsen-Smith’s headnote. It would have been more useful to have complete texts, rather than extracts of Sophia Hawthorne’s unpublished letters. Extracting decontextualizes her responses to Melville from her other observations on life in the Berkshires, risking taking Melville out of his time, rather than relocating him in it.

The most shocking materials in the collection are letters from Melville’s wife Elizabeth and her brother Samuel Shaw, to a minister Henry W. Bellows that imply that Melville abused his wife. These letters have been known about – and widely discussed – for over three decades. Nevertheless, they remain disturbing reading. While suggesting that Shaw’s reluctance to remove his sister from the marital home suggests that the abuse was psychological or emotional rather than physical, Olsen-Smith carefully, and judiciously refrains from passing judgement on the validity of these, or any other, sources. In contrast, the remembrances of Melville’s granddaughters are touching in their recollections of the elderly man’s games and gentleness. But they are perhaps limited in illuminating Melville as a writer, except by suggesting that he delighted in the innocence of children at the same time as he was writing a study of child-like innocence in Billy Budd.

Melville in His Own Time ultimately presents the problem of Melville biography as much as it presents biographical sources about Melville’s own life. In the absence of extensive first-hand testimony, especially about Melville’s later years, scholars are given to grab at anything they can find. This leads to highlighting slight reminiscences by casual acquaintances, written at almost half-a-century’s remove, whose usefulness is restricted and which may be of little interest outside of Melville specialists. Despite the valuable contribution of the revised transcriptions, the volume does not provide any clear jumping off points for radical reassessments for Melville’s life or career. It is not a book to help Melville scholars find a different Herman Melville. Better then, to approach it in a different spirit. Like Arrowhead, Melville in His Own Time does useful work in showcasing the stories we already know about Melville, and illustrating how we know them in an accessible and approachable format. It also does so without following Arrowhead’s lead and trying to fill in the gaps, instead leaving absences and allowing contradictory accounts to compete with one another. As such, it will prove illuminating for recent visitors to Melville Studies, and entertaining for Melville scholars.

Katie McGettigan is a Leverhulme Early Career Fellow at the University of Nottingham. She is completing a monograph called Herman Melville and the Material Text, and is also working on a new project about the British publication of American literature, 1830-1860
View all posts by Katie McGettigan →
Tagged  C19, Literature.
Bookmark the permalink.