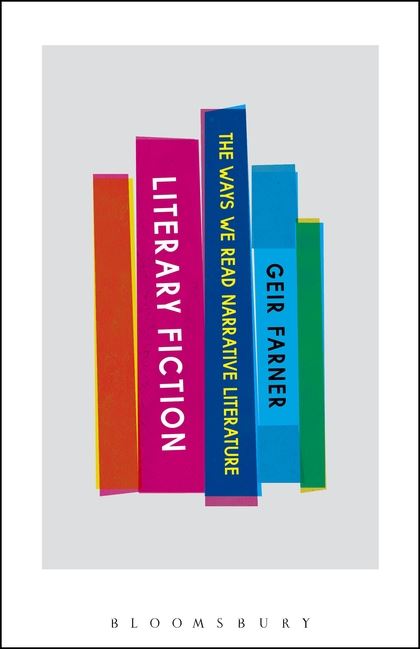 What can a linguist do for Americanist literary critics? Plenty.

As a rhetorician and cognitivist, Geir Farner brings more sources to bear on literary study than does the usual linguist. He offers not only revisions of old theories, but also shows how literary fiction communicates and what it communicates. As such, these new arguments bridge gaps between narratology in general, and cognitive theory in particular.

As is often the case with theory, there are a lot of terms to learn, a few of them unfamiliar to some Americanists. The easiest way to understand Farner’s terms is (borrowing from the social scientific format of linguistics) in a glossary that defines them in relation to each other and in the context of his argument.

Cognitive content: Like learning, the cognitive process is partly unconscious. Marxism, feminism, post colonialism, and cultural studies exemplify cognitive theories. There is no longer any controversy over whether or not there is such a cognitive aspect. Literary fiction refers to the extratextual (the real). Truth is equal not to the real but to the likeness to the real. It is analogous and parallel to the extratextual–it bears a resemblance, a similarity, a likeness to reality.

Discourse: How literary fiction is told. It includes the standard narratological categories of focalization, order, style, etc. As such, it is mimetic–extratextual. The reader can use fictional events as if they are real. Like the existentialists’ error that the message is that there is no message, notions that there is nothing outside the text derive from Saussurean fallacies. Furthermore, non-referentiality is inconsistent with psychological research.

Implied truth: The cognitive content, which is inherent in the work’s structure.

Indirect mode: The author’s presentation of the action through the mental model.

Material text: The marks on the page. It is the text, discourse, and signifier.

Clear and original, Farner’s study comprises an important argument in narratology and cognitive theory. It functions as such through an analysis primarily of mimetic and referential theories (especially historicism and feminism). As a result, this study will be helpful for a wide range of readers–from advanced students through senior scholars. In particular, Americanist literary critics and rhetoricians who are interested in narratology’s application to historicist and feminist matters will benefit from this study. And so will cultural and intellectual historians studying historiography, for this work is probably the most relevant exploration of literary form’s influence on narrative since Hayden White’s Metahistory (1973), The Content of the Form (1987), and Figural Realism (1999). As such, this work deserves a high place on the Parnassus of American Studies.