Book Review: Kennedy: A Cultural History of an American Icon by Mark White 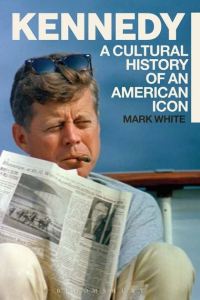 Since his death in November 1963, John F Kennedy has been written about by historians and biographers almost continuously. Initially, contemporary records such as those of Arthur Schlesinger Jr’s A Thousand Days (1965) and Ted Sorenson’s Kennedy (1965) were reverential in their praise. This veneration was turned on its head by the New Left historians who believed that Kennedy had achieved little of what he had promised and highlighted the flaws in his character. In turn, these criticisms were followed by the more balanced revisions of historians such as Robert Dallek’s John F Kennedy An Unfinished Life (2003) and James Giglio’s Presidency of John F Kennedy (1991) who accepted Kennedy’s shortcomings and praised his achievements.  Mark White’s 2013 publication Kennedy: A Cultural History of an American Icon, offers a different perspective on the enigma that was John F Kennedy. White looks at how the ‘extraordinarily potent’ (1) image of Kennedy was created during his college years and claims that the image’s longevity and continuance to the present day is his most enduring achievement, greater than the Nuclear Test Ban Treaty of 1963 and the peaceful resolution of the Cuban Missile Crisis.

In six well-researched thematic chapters, White investigates the construction of the Kennedy public image. In the first chapter, White deals with the preparations made by the Kennedy family for John’s political journey to the presidency, before examining the characteristics of Kennedy’s presidential image during his term in office in chapter two. ‘Sex symbol and the family man’ (chapter three) considers the conflicting portrayal of Kennedy as both the archetypal husband and father and simultaneously that of a Hollywood-styled sex symbol while the fourth chapter ‘Camelot’, scrutinises the post-mortem iconography chiefly inspired by the efforts of Kennedy’s widow. In the penultimate chapter, White addresses the survival of the Kennedy image over the last fifty years.

Each chapter has a continuous narrative that at the heart of an image is the hybrid characteristic of Kennedy’s public profile, an image that was designed to appeal to both conservative and liberal Americans. This duality was used to disguise Kennedy’s centrist political views so as to be able to attract support from both the left and right of the political spectrum. White’s thesis is built on how Kennedy’s image was created by portraying the president as a multifaceted figure, and in doing so he definitively shows that Kennedy’s image was manufactured so that he would appear as all things to all men.  Within each chapter White presents the careful construction of a public profile through various stages of Kennedy’s life. Initially, Kennedy’s father, Joe Sr, was the main driving force behind his son’s well-publicised rise to fame. Joe’s use of money and the experience of his movie production background helped to establish John as both a man of letters and a war hero. This component of his image would be utilised by the Kennedys during his political campaigns in 1946 for Congress, in 1952 when running for the Senate, and in 1960 when running for the White House. 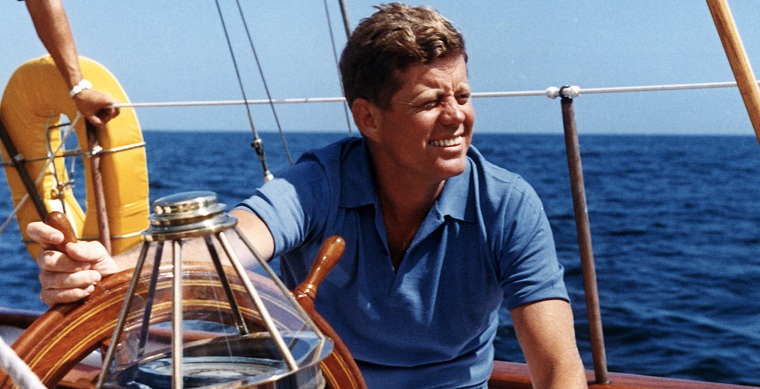 The theme of the duality of Kennedy’s image is illustrated most effectively by two seemingly contradictory elements. The conflicting depiction of Kennedy as both a sex symbol and a family man is thoroughly examined by White. Whilst these traits are inherent in John F Kennedy, White argues that it did not stop either Joe Sr or John himself from exploiting them in a political manner. The portrayal of Kennedy as a family man, either as son and sibling in his early career or as father and husband in his latter days, appealed to the conservative political element of the American electorate. White rightly takes time to demonstrate how his wife Jackie‘s own youth, beauty and knowledge of high culture, reinforced the image of him as part of a glamorous, cultured couple and of a family unit that many Americans could empathise with. Conversely, his sex symbol status, which suggested a man full of vigour and energy, made him attractive to the younger voters as a dynamic man capable of progressive change. White states that it is a sexual confidence and machismo that can be seen reflected in Kennedy’s favourite fictional hero – James Bond. But it is just one component of the Kennedy image that White examines.

Almost half the book is dedicated to the post mortem image of Kennedy, supporting White’s hypothesis that it is Kennedy’s most enduring achievement. However, as White clearly shows it is not an achievement solely of John’s making – his father created the foundation of his multi-faceted persona, and the romanticism of Camelot was established quickly after his death by his widow Jackie whose efforts are described by White as ‘considerable and brilliant’(86). It is because of his widow, family and supporters that Kennedy’s posthumous image focussed on the successes of his presidency. By suggesting that the nation and presidency would never be the same after the tragedy of his death, Jackie strengthened Kennedy’s image as Arthur in a modern day Camelot. The Kennedy family in turn used this legendary status to enhance their own political reputation, especially brothers Bobby and Ted. In doing so, White suggests that the Kennedys were transformed into a quasi-royal family of American politics.

What strengthens White’s theory of the enduring legacy of Kennedy’s image is his examination of the revisionist and counter-narrative of the 1970s and 1980s. White points out that despite scholarly opinion of Kennedy changing from being reverential to a more balanced view, public opinion of Kennedy had not greatly changed. The mythical status given to the former president and his First Lady was used by Democrat Party presidential hopefuls such as Bill Clinton and Michael Dukakis to bolster their claims to being the political successor of the progressive Kennedy presidency. Furthermore, White explores how the representation of Kennedy on film and television has helped continue the Camelot myth and fought against the revisionist attacks on Kennedy. Using films such as Thirteen Days (2000, directed by Roger Donaldson) and JFK (1991, Oliver Stone), and the Lionsgate Television produced television series Mad Men, (2007 -), White illustrates that the relationship between the Kennedy image and film has often been mutually beneficial. The entertainment industry has an iconic historical figure to publicise on screen, whilst Kennedy’s image receives continued publicity that ensures longevity. White goes so far as to suggest that it is in the entertainment industry’s own interest to prolong the shelf life of Kennedy’s popularity.

White’s thesis makes for a compelling read. His illustration of the development of Kennedy’s image reveals how revolutionary and innovative the Kennedy operation was in its techniques. The administration’s use of television was a calculated risk, especially with the live press conferences, but they were a challenge that both Kennedy and his press secretary Pierre Salinger were more than a match for. His image management had been such a success that Kennedy’s successors in the White House have used his methods as a template. White’s assertion that the longevity of Kennedy’s image is his greatest achievement is somewhat contentious, especially to those that classify the 1964 Civil Rights Act as Kennedy’s. However, the fact that Kennedy’s image has remained for the most part intact after fifty years of revision does lend credence to his claim. Ultimately, the fact that White can build such a strong thesis is testimony to the success of the Kennedy family’s efforts to build such an enduring image.

Dafydd Townley is a Graduate Teaching Assistant and PhD student in the University of Reading's History Department. His doctoral thesis 'Spies, Civil Liberties, and the Senate: The 1975 Church Committee' investigates the conflict of maintaining national security while observing civil liberties in the United States. His interest include the United States Intelligence Committee and modern US political and social history.
View all posts by Dafydd Townley →
Tagged  C20, Celebrity, Media, Politics, Popular Culture, Presidents.
Bookmark the permalink.