Book Review: Jimmy Carter and the Middle East: The Politics of Presidential Diplomacy by Daniel Strieff 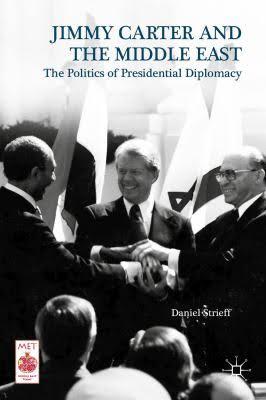 There is no final evaluation of diplomacy, only a continued reimagining in the face of expanded information. In this spirit, Daniel Strieff’s Jimmy Carter and the Middle East: The Politics of Presidential Diplomacy mines a presidency almost forty years old for reclamation. “Based on newly declassified US government documents, previously untapped materials from private collections, news reports, and archives in Britain, Israel, and Lebanon” (2), Jimmy Carter’s tainted legacy is reopened for new examination.

The book’s eight chapters each detail an approximate six-month period of the Carter administration, cataloguing its diplomatic aims and the respective domestic blowback. Strieff’s focus is Carter’s diplomacy initiative in the Middle East, but the book is not strictly an account of foreign policy but rather takes as its subject “the domestic sources of US foreign policymaking” (5), particularly tracking throughout the way the media shapes Carter’s perception and keeping a pulse on approval polls throughout.

Strieff’s paragraphs are so information and citation choked that narrative is secondary to the episodes of the book. It functions more as a particularized encyclopedia than a political drama. The advantage to this is that the book stays away from pop psychology, a high temptation for authors with presidents as subjects. Rather, Jimmy Carter and the Middle East is prosaically balanced. A reader finds often such logical formulations as: “on the one hand… on the other hand” and “neither determined… nor explains.” Strieff avoids proposing a single thread of analysis as a definitive interpretation. He particularly refuses to reduce people to personality “types” and so does not fall into theories of historical change based entirely on personality. Consequently, while Jimmy Carter’s secondary advisors are somewhat marginalized by the book’s focus, they are not flattened into two-dimensional shoulder-angels.

While offering up a bevy of information, Jimmy Carter and the Middle East is still a project of reclamation. Strieff nods to various broad-spectrum theories of 20th century political history but still forges a path allowing him to reclaim Carter from his critics. It is not a book about Carter the person, and yet his personality bleeds into explanations for some of his political missteps. His candor and openness, which was uncomfortable for political allies, plays in the book as part admirable quirk and part political liability. Strieff more than occasionally blames the media for Carter’s low approval ratings and, deploying the wisdom of hindsight, isn’t afraid to dismiss the politics of the era as naïve. He similarly is unafraid of deploying the same editorializing at the expense of the Carter administration, cataloguing their particular failures and how they contributed to Carter’s failed bid for reelection. Strieff is not just a passive cataloguer and doesn’t mind actively interpreting the past.

By the time we reach the crown jewel of Carter’s lone term, the Camp David treaty between Israel and Egypt, the reader has a deeper understanding of how Carter had learned from weakness and exercised flexible savvy to get a deal done. We also learn how Carter was unable to push forward in expanding Middle East peace talks, as he campaigned for reelection. He was unable throughout his administration to gain any traction advocating Palestinian autonomy and was forced by domestic reception to back off the bolder positions from early in his term. Israeli Prime Minister Menachem Begin becomes something of a villain in this respect. He comes across as the primary roadblock to peace for his refusal to consider conceding Gaza and the West Bank to the Palestinians.

As he has done throughout the book, Strieff concludes by balancing the political advantages and disadvantages of Carter’s Camp David achievement but, as the reader by now expects, stays away from either condemnation or commendation. The times were “too big for the man—or, indeed, any individual leader,” Strieff suggests. “Carter’s experience vividly demonstrates that a president who embraces the role of diplomat-in-chief, especially in an area as domestically controversial as the Arab-Israeli conflict, risks trying to reconcile the irreconcilable” (188). While not necessarily redeeming its subject entirely, Jimmy Carter and the Middle East provides a fuller visage of the American president most singularly invested in the Middle East peace process. He was a leader whose views occasionally got ahead of his electorate, and he never fully developed the personal qualities and political wherewithal to convert his dissenters.

However, as Strieff observes, Carter’s views are still viewed by the international mainstream as the necessary framework for any lasting Arab-Israeli peace deal. The difficulties seem to the contemporary reader unchanged: intractably conservative Israeli Prime Ministers, the American election cycle, and the unfortunate and sometimes inevitable divorce of successful diplomacy from successful politics. 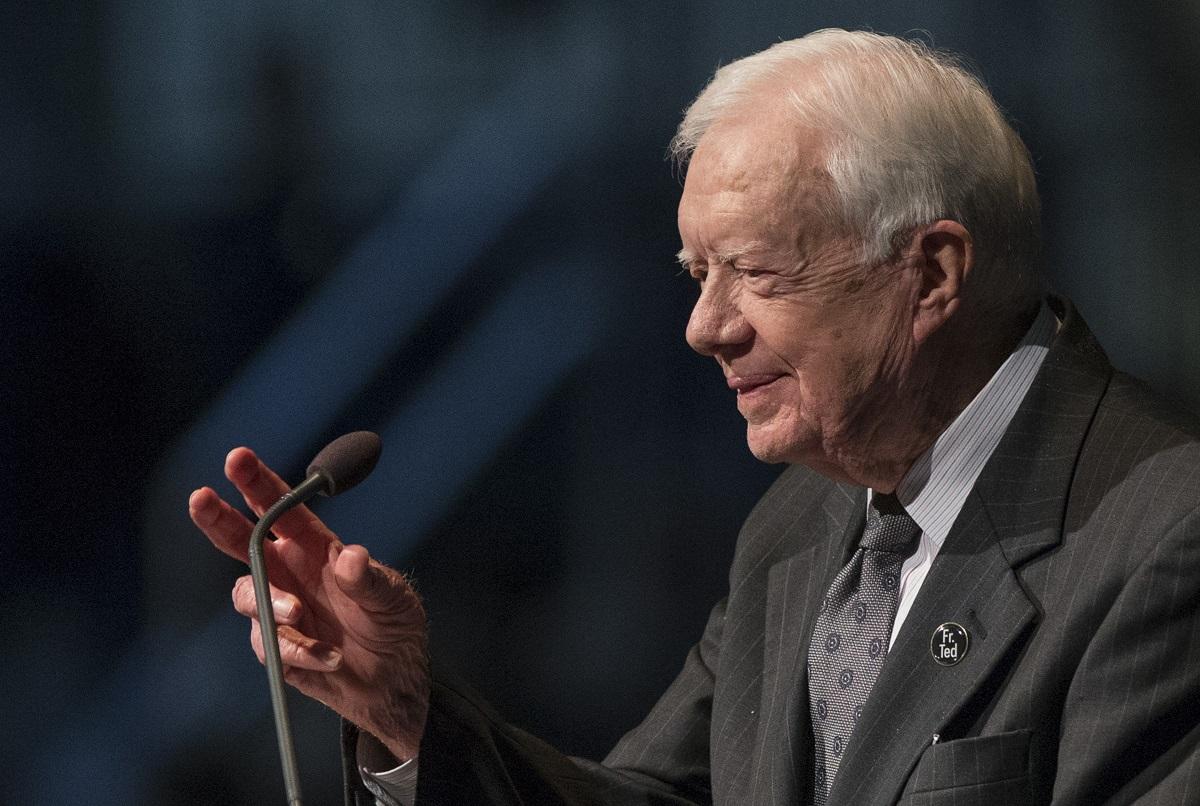 Travis Snyder is a PhD student at Baylor University working in American Literature. His focus is the literature and circumstance of the 20th century, tinged with the theoretical approach of postmodernism. He writes about American foreign policy to unwind. His largely irrelevant tweets may be found at @TravisSnyderI.
View all posts by Travis Snyder →
Tagged  Middle East, Politics, Presidents.
Bookmark the permalink.