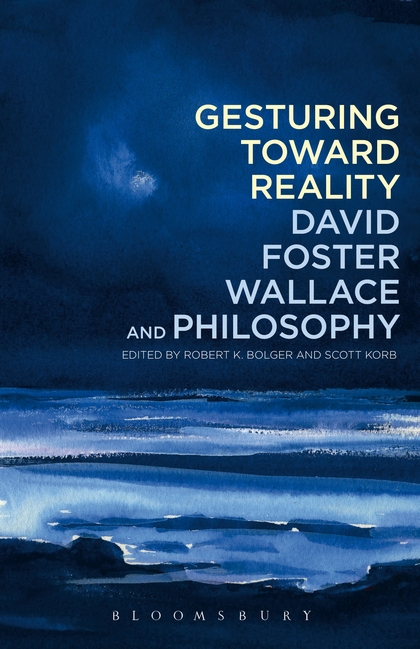 Continuing the flood of recent scholarship devoted to David Foster Wallace, Robert K. Bolger and Scott Korb’s collection of essays aims to ‘reveal Wallace’s work as a series of reminders of how life is and how it could be’ (3). Including fourteen essays – only two of which are by women – in a volume of less than three hundred pages, the editors perhaps hoped for variety instead of opting for fewer essays with a greater depth of critical analysis. 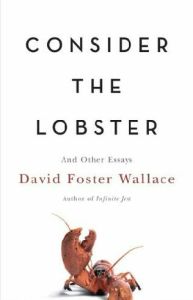 Unfortunately, this has not proven to be the case; with many of the essays focusing on only three different instances of Wallace’s oeuvre – ‘Consider the Lobster’, §22 of The Pale King, and This is Water – there is a large degree of repeated material. Indeed, three of the first four essays contend with the latter slim volume, which prints Wallace’s 2005 commencement address to the graduating class of Kenyon College. In highlighting the importance of compassion, freedom, responsibility, and choice, these essays offer little more than superficial explication of a text that requires very little explication. Moreover, the uncritical, quasi-religious deference to Wallace’s speech – memorably

described as ‘a Chicken Soup for the Soul-style toilet book’ by Zadie Smith – suggests that perhaps ‘The Philosophy of David Foster Wallace’ may have been a more appropriate subtitle for the collection than ‘David Foster Wallace and Philosophy’, possibly with the substitution of ‘Theology’ for ‘Philosophy’.[1]

The first essay in the collection, however, is refreshing in that it dares to be critical of Wallace; despite agreeing with Wallace’s aversion to lexical ‘Descriptivism’, Alexis Burgess dissects ‘Authority and American Usage’ using a logical argument to prove that Wallace’s methodology was flawed. On the other hand, the ‘stylistic homage’ with which he opens – appropriating Wallace-esque acronyms, colloquialisms, and syntax – is slightly jarring; the open reverence for Wallace’s style clashing with what would otherwise have been a welcome challenge to his thinking (3).[2] Indeed, despite the ‘inimitable voice’ that Marshall Boswell claims for Wallace in the blurb on the back cover, this is a common fault within Wallace scholarship, and it is nowhere more evident than in this collection; many of the essays featuring authorial interpolations, acronyms, and grammatical infelicities that are reminiscent of Wallace. These are ostensibly symptoms of bad editing, and yet Burgess’s essay may offer a meta-referential explanation for their inclusion as a deliberate editorial strategy, highlighting – like Wallace – both the ubiquity and necessity of Standard Written English, but also convincingly arguing that people should not be judged ‘on the basis of objectively insignificant verbal quirks’ (18). Considering the amount of editorial and stylistic errors permeating the volume, however, this argument seems spurious, with errors including: missing, inconsistent, and wrong citations; misplaced punctuation; entire sections being repeated (paragraphs from pages 227-228 are repeated verbatim a page later); multiple spelling mistakes that range from comical (the author described as ‘DWF’ [12]; ‘Noble Prize winner Daniel Kahneman’ [59]) to borderline offensive (‘Muslims might feel closer to Allah while feasting during Ramadan’ [64]). As the book is devoted to noted linguistic pedant Wallace, this makes these mistakes all the more noticeable.

Beyond these irritating stylistic errors, the content of individual essays is by-and-large disappointing. Andrew Bennett’s study of paying attention and boredom in The Pale King, for instance, offers little more analysis than early reviews of the novel.[3] Having said that, in noting boredom is a form of ‘authentic, unavoidable suffering’ constituent of Schopenhauer’s notion of human existence, he does at least offer one thought-provoking suggestion that invites further contemplation (80; emphasis added). Blakey Vermeule bucks the trend, however, in identifying a key difference between Schopenhauer and Wallace, noting that Schopenhauer was ‘sharp and hateful’ where Wallace attempted to be empathetic towards others, but ultimately arguing that the latter’s vision was bleak, whereas the former continued to have faith in the redemptive properties of art.

Maria Bustillos’ essay on Wallace’s relationship with self-help literature is concerned with promoting a shared Christian heritage. Whilst this argument is extremely convincing, the essay perhaps falls short of extended engagement with philosophy, as per the title of the volume. Jon Baskin, on the other hand, introduces Ludwig Wittgenstein and Stanley Cavell into the debate, correctly identifying them as important – and in the case of Cavell, often neglected – philosophical influences on Wallace. However, his analysis of Wittgenstein’s philosophy is slightly problematic, with his claim that ‘there are long portions of The Pale King devoted to exploring how a more normally self-conscious being might appropriate Drinion’s seemingly mystical equanimity and focus’ being particularly un-Wittgensteinian (148).[4] His belief that the novel offers a vision of Cavell’s ‘Moral Perfectionism’ is more assured though, and in highlighting Cavell’s own suspicion that there may be something inherently elitist in this concept he inadvertently touches on Wallace’s own elitist presumptions, something that demands more attention (153). On the other hand, his own points are muddled by using several terms – sincerity, authenticity, postmodern – as absolute truths without deigning to define them, an all too common problem within Wallace scholarship. Furthermore, his conclusion that adolescence is ‘our philosophical problem’ not only betrays his own privileged status as a white male (inadvertently justifying Cavell’s skepticism), it is another term that goes undefined, and is used interchangeably with ‘childishness’ (154, 155; emphasis in original).

The collection does, however, contain a few interesting and insightful contributions. Although over-eager to ascribe to Wallace the same therapeutic properties that Baskin posited, Randy Ramal is convincing in suggesting that Wallace adopted a ‘narrative philosophy’ approach to avoid the Wittgensteinian problems of personal agenda and explanation, instead offering the possibility of people negotiating with the problem themselves, and so is one of the better essays in the book.

Allard den Dulk provides by far the most impressive essay in the collection, suggesting a Sartrean model of pre-reflection as an ideal philosophical model for Wallace’s characters, an assertion that goes against the dominant critical consensus that Wallace was a proponent of choice. In highlighting Infinite Jest’s Mario Incandenza as the embodiment of this theory – ‘the paragon of what it means to be human’ (213) – den Dulk is particularly convincing. There are problems with his argument however: his switching of Sartre’s term ‘authenticity’ for ‘sincerity’ does not seem wholly justified, instead merely suiting his preference for the latter term, whilst his alighting on ‘correction’ of thought as a means to avoid the ‘bad faith’ of ‘self-deceit’ fails to recognise that this is also conducive to debilitating mental recursion and stasis, so often a hazard in Wallace’s texts. Indeed, his claim that Hal and Gately are somehow ‘better’ by the end of Infinite Jest seems quite unfounded when we consider that they are confined to a mental hospital and in a coma, respectively. However, these faults succeed in stimulating critical debate, rather than detracting from his argument.

Ryan David Mullins’ essay argues that we should avoid looking at Wallace from a purely linguistic philosophical position, and instead focus on his ‘metaphysical plurality’. Despite his over-use of exclamation marks and contractions, his philosophical arguments are reasonably convincing, and his suggestion of ‘plurality’ in this context is something that should be explored even further. However, his reading of Wallace is occasionally lacking, with lengthy citations offered as examples in footnotes without a great deal of critical analysis. Additionally, his concluding claim that Wallace writes ‘moral meta-fiction’ free from overt authorial control seems too eager to buy into Wallace’s much-vaunted sincerity, and does not account for his monomaniacal need to direct readers’ thoughts and emotions.

Patrick Horn’s closing essay on ‘Good Old Neon’ – an under-examined story in the Wallace canon – starts off with a convincing argument that Wallace misread Wittgenstein, but soon degenerates into the theological hyperbole of the first few essays. In particular, Horn’s effort suffers for using terms and phrases – ‘moral sincerity’, ‘haunting sincerity’, ‘solipsistic skepticism’, ‘moral and religious language’- without clarifying what they might mean. Worse still is the uncritical use of ‘big’ terms like grace, and the capitalized ‘Beauty’ and ‘Truth’, as if they were self-evident absolutes.

Overall, barring a couple of promising insights and den Dulk’s provoking essay, the marked lack of originality in this disappointing volume – indeed, the sense of repetition – would seem to suggest that there is nowhere left to go for Wallace Studies. When we consider that this nascent field seems to be growing at an exponential rate, we can discern that this is plainly not the case. Even if we limit ourselves to the field of philosophy, Wallace’s work begs to be considered alongside many great thinkers, with more work necessary on the influence of William James and Stanley Cavell, whilst engaging with Scottish Enlightenment philosophy such as Adam Smith’s The Theory of Moral Sentiments might instigate further intriguing branches of enquiry. This is without even touching upon Wallace in relation to gender, race and queer theory, which have largely been overlooked in early Wallace scholarship. Hopefully the next book to study Wallace and philosophy will be able to engage with these pressing concerns.

[1] Smith, Zadie. Changing My Mind and Other Essays. London: Penguin Books, 2011. p.267. It is important to note that Smith was a huge fan of Wallace, and merely objected to the layout and opportunism of the publication, arguing that ‘Wallace was the opposite of an aphorist’. Indeed, the sentiment contained in the speech is admirable if not irreproachable, and represents Wallace’s most influential work in terms of mainstream exposure and impact. However, Wallace’s use of deliberately simple language and the rhetoric of common sense probably preclude in-depth analysis of this magnitude, certainly within the same volume.

[2] See, for example (and in a footnote, no less): ‘Of course, my paper structure exhibits a similar mistake. But, well, he started it’ (7).

[3] Cf. Kakutani, Michiko. ‘Rev. of The Pale King’. The New York Times. 31 March 2011. Web. 2 Oct 2014: ‘The Pale King is in some ways an ode to stasis and perseverance, to the human ability to endure all the slings and arrows of monotony and everyday misfortune’.

[4] Cf. Wittgenstein, Ludwig. Philosophical Investigations. 1953. 4th ed. Trans. G. E. M. Anscombe, P. M. S. Hacker, and Joachim Schulte. Chichester: Wiley-Blackwell, 2009. p.55e: ‘Philosophy just puts everything before us, and neither explains nor deduces anything. – Since everything lies open to view, there is nothing to explain. For whatever may be hidden is of no interest to us’.

Iain Williams is a PhD candidate at the University of Edinburgh. His research focuses on David Foster Wallace and how his work engages with notions of sincerity and authenticity. He holds an MA (Hons) in American Studies and an MSc in U.S. Literature, both from Edinburgh. An article on Wallace is forthcoming in the journal Critique: Studies in Contemporary Fiction.
View all posts by Iain Williams →
Tagged  C20, C21.
Bookmark the permalink.