Book Review: Falling After 9/11: Crisis in American Art and Literature by Aimee Pozorski 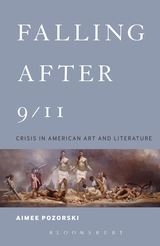 Surely one of the most memorable and enduring artistic responses to the 9/11 terrorist attacks is Francoise Mouly and Art Spiegelman’s New Yorker cover, “9/11/2001.” The image initially appears as an utterly dark void, but a closer look reveals the ghostly afterimage of the Twin Towers, rendered in an even deeper shade of black. Published in the immediate aftermath of the attacks, Mouly and Spiegelman’s artwork evokes the monochrome despair of ­a grieving nation­, and seemed to usher in a dark night of the American soul. But its stately minimalism also provoked a range of questions about the ways in which tragedy can be represented. In what ways, for instance, can artists make visible the suffering of others? Can trauma, loss, and grief be transfigured via art? And, perhaps most importantly, is it even possible to represent trauma? 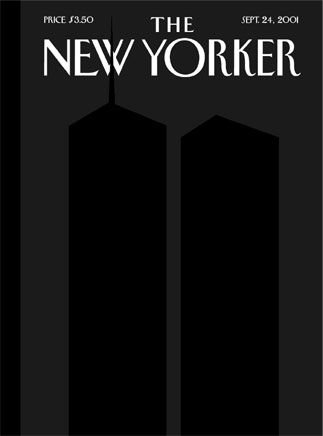 Aimee Pozorski’s answer to this latter question is that it most certainly is. The opening chapter of her wide-ranging study, Falling After 9/11: Crisis in American Art and Literature, sets forth a classically poststructuralist inversion of this very problem, claiming that we in fact have far too many ways of representing trauma. For Pozorksi, the problem is not so much that it is impossible to express such experiences via art, but that the meanings of these artistic expressions are too unstable. Her book thus overturns the received wisdom on trauma’s resistance to representation, emphasizing the surfeit of unstable meanings that are generated by all works of art. Viewing a range of disparate texts as enacting a kind of collective mourning, Pozorski homes in on depictions of the falling man in post-9/11 art.

Though this startling photograph was initially used in journalistic settings, where it immediately came under fire as a wholly insensitive and inappropriate image for public consumption, the image recurs again and again in all kinds of representations of 9/11.

Falling After 9/11 does an excellent job of corralling various literary representations of the falling man, and of thinking through what these representations might imply about the broader state of US art. I wasn’t entirely convinced by the notion of a “crisis point in art and literature” (2), in part because Pozorski’s theorization of this idea is somewhat contradictory. At one point, she defines it as a cultural moment wherein “testimony, documentary-style photography, and newspaper reportage have emerged as being, somehow, more aesthetic and affective, more moving, even, that art” (6); while at another she sees it as a realization that “whatever words or symbols that we use to communicate in this post-9/11 world will perpetually, inevitably, unwittingly point back to a contemporary American trauma we cannot seem to get out of our collective consciousness” (2). The latter claim, in particular, seems like an overreach, but Pozorski’s book nonetheless makes a persuasive argument that the tragic events of 9/11 might indeed be seen as heralding a crucial new phase in American art.

Her decision to focus on the figure of the falling man is an ingenious one, and it is her sustained examination of this recurring trope that gives the book its momentum. For Pozorski, the falling man is by this point wholly overdetermined: it is an image that is simultaneously sublime, grotesque, haunting, indelible, and deeply disturbing. It’s little wonder, then, that so many novelists and artists have been drawn to it, repositioning it within their own creative responses to 9/11. Pozorski offers important revisionist readings of key texts dealing with the legacy of 9/11—such as Don DeLillo’s Falling Man, Jonathan Safran Foer’s Extremely Loud and Incredibly Close, and Richard Numeroff’s 2006 documentary, 9/11: The Falling Man­­—demonstrating how her own theoretical lens of “falling” (in all its permutations) illuminates such texts in surprising and unexpected ways. She also addresses the work of lesser-known figures—including the poets Dianne Seuss and Christopher Kennedy, along with the artist Graydon Parrish—in order to show the diverse artistic ends to which the figure of the falling man has been deployed.

Graydon Parrish’s “The Cycle of Terror and Tragedy”

One of the genuinely refreshing things about Falling After 9/11 is that it takes seriously literature’s power to express and transfigure traumatic experiences. Sharply at odds with critics who view art in detached and overly aestheticized terms, with little relation to the world just off the page, Pozorski’s disciplinary background in trauma studies gives her the tools with which to unpack the oblique—though highly meaningful—expression of tragedy that art allows. Pozorski is particularly insightful on the often unconscious assumptions audiences bring to bear on artistic expressions of trauma—she does a good job, for instance, of debunking the notion that such texts need necessarily be shocking and disturbing—and on the ways in which artists often deliberately confound these expectations.

In Chapter Three, one of the highlights of the book, Pozorski does important work on the overlaps between 9/11 conspiracy theories and broader problems of representation. Revealing the many overlaps between the so-called 9/11 “truthers” and artistic depictions of the tragedy, she explores the ways in which such “conspiracy theories speak to the larger problem of reference in representing 9/11” (70). This section also contains an insightful reading of the notorious Abu Ghraib images, along with other photographic depictions relating to 9/11, though it seems an odd omission not to draw on Philippe Petit’s breathtaking 1974 high-wire walk across the gap between the Twin Towers (an act that has since been recuperated as a triumph of the human spirit in the face of tragedy and despair), which might have provided a useful counterpoint to Pozorski’s account of the falling man. In fact, Petit himself could be read as a kind of anti-Falling Man, since his high-altitude capering represents a startling act of defiance against both gravity and the possibility of falling. (It’s also odd not to mention the stylishly descending, silhouetted figure featured in the opening credits of AMC’s Mad Men, which also clearly plays into Pozorski’s argument.) 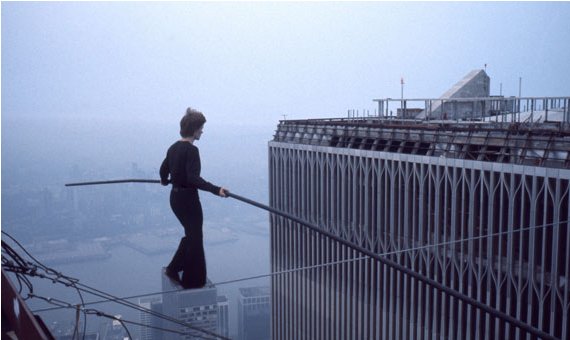 Later on, Pozorski shows how poets like Kennedy and Seuss humanize the falling man and provoke “moment[s] of reckoning” (122) with the highly confronting image, while the final chapter sets forth an incisive, revisionist reading of Foer’s 2004 novel Extremely Loud and Incredibly Close. One shortcoming of Falling After 9/11, though, is its relatively small sample size of texts, which leaves Pozorski open to the criticism that she is simply cherry picking. Although her study is relatively short, at just 158 pages, it might have explored some of the more oblique treatments of post-9/11 fiction—including texts by writers like Joseph O’Neill, Claire Messud, Mohsin Hamid, Amy Waldman, and Ken Kalfus—to give a fuller account of the tragedy’s legacy in US literature. And while Pozorksi makes clear her departures from the claims of other critics working in the same field, it seems slightly strange not to show us how her own ideas relate to pre-existing arguments. How does the fixation on the figure of the falling man, for instance, relate to Richard Gray’s influential claim on the essential insularity of post-9/11 fiction? And how might it connect with Judith Butler’s call for contemporary American writers to transcend “the narrative perspective of US unilateralism” to instead emphasize “the ways in which our lives are profoundly implicated in the lives of others”?

Ultimately, however, the insights and provocative claims within Falling After 9/11 more than make up for these shortcomings. Pozorski’s readings are nuanced and incisive, and she makes a persuasive argument on the moral and artistic complexities associated with post-9/11 art. Her account of the recurring presence of the falling man in a diverse range of texts will strongly inform future studies, while her readings of poets such as Kennedy and Seuss will no doubt pave the way for other scholarly readings. In emphatically answering the provocative questions posed by a range of post-9/11 artworks—including Mouly and Spiegelman’s iconic New Yorker cover art—Pozorksi reveals the many ways in which trauma can be meaningfully represented, and in doing so expands our understanding of the tragedy of 9/11 itself.

Lucas Thompson teaches at the University of Sydney, where he completed a doctoral dissertation on David Foster Wallace and World Literature in 2014. His writing has either appeared or is forthcoming in academic journals such as Texas Studies in Literature and Language, Journal of American Studies, The Cormac McCarthy Journal, and Philament.
View all posts by Lucas Thompson →
Tagged  9/11, Art, Contemporary Fiction, Popular Culture.
Bookmark the permalink.