Book Review: Ecofeminism: Feminist Intersections with Other Animals and the Earth edited by Carol J. Adams and Lori Gruen 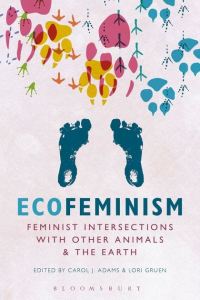 In the centrefold photograph from a pig farmer’s magazine, entitled “Ursula Hamdress,” a seemingly unconscious, pale-skinned pig in panties reclines on a sofa, with red-painted trotters parted.  This shocking image, a conflated objectification of both woman and animal, stands as a central example of the concerns of Ecofeminism: Feminist Intersections with Other Animals and the Earth.  Editor Carol J. Adams reads “Ursula” as an example of “anthropornography” (the sexualising and feminising of animals) and contextualises the photograph within the history of the reclining nude, reading a parallel construction of the body for consumption (209).  Adams’s essay is representative of the rest of this collection in its deconstruction of the shared logic of domination underpinning both the oppression of women and of animals.  As a whole, the book also works to defend and reposition ecofeminist theory and practice. 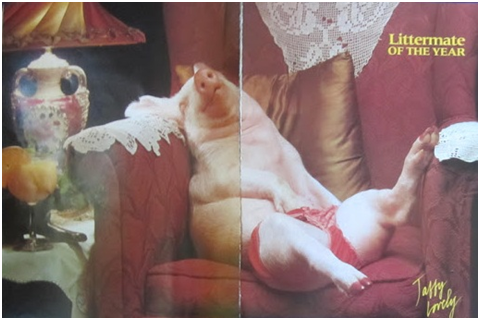 The dominant critique of ecofeminist philosophy has been that of essentialism: that in attempting to address an overwhelming diversity of perspectives, varied (female) experiences were reduced to a single, shared position.  Finding the balance between acknowledging difference and exploring commonality is risky but critical for ecofeminists, who see the overlapping experiences of oppressed subjectivities as central to their work.  The editors, Adams and Lori Gruen, explain: “Analyzing mutually reinforced logics of domination and drawing connections between practical implications of power relations has been a core project of ecofeminism, even before the term ‘ecofeminism’ was coined.” (7). While it may have lost popularity for a time, with the growing interest in intersectional theories there has been a recent, renewed interest in ecofeminism.  This book rises to meet this demand in the form of a collection of essays, which answers the concern of essentialism by embracing a wide range of scholarly voices from the field.

While undertaking the project of repositioning ecofeminism theoretically, the book also calls for a re-evaluation of the political history of women’s rights and animal rights, revealing the interaction between political movements for social justice.  From the Brown Dog riots in London, started in 1906, in which trade unionists, feminists and animal advocates participated together in anti-vivisection protests; to the meeting of the National American Woman Suffrage Association (NAWSA) the same year, at which a vegetarian member spoke out against the Treasurer’s bird feather hat (8-9).  The text also features a timeline that runs throughout the book, with each right hand page featuring a significant moment of combined animal and feminist activism, as well as landmark dates in the history of the ecofeminist movement.  Marking these historical events supports the connections between the varied experiences of women and of animals, while also highlighting ecofeminism as both a theoretical and an activist movement. 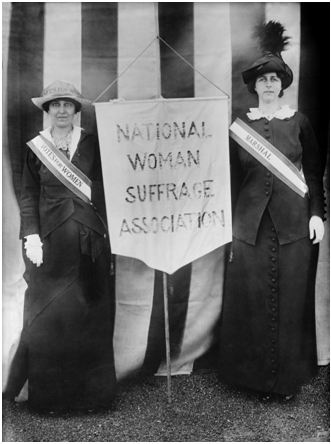 NAWSA and the offending hat?

One strength of the book in philosophical terms is the work undertaken to reassess the value of affect to ethical thinking.  Deane Curtin’s “Compassion and Being Human” argues against a dualistic reading of the relationship between reason and emotion, and calls for an understanding of compassion as a balanced combination of logic and feeling.  He explains that “While we have the basic capacity to empathize, compassion as a moral commitment must be developed.” (44). Understanding the reasoning implicit in compassionate feeling, Curtin argues, can then be applied to moral thinking about the consumption of animals.

Similarly, Sunaura Taylor’s “Interdependent Animals: A Feminist Disability Ethic-of-Care” breaks new ground in her use of disability studies to reposition the concept of care and being cared for in relation to animals.  She critiques the negative conception of the dependency of animals, offering instead a framework “to understand animals not as dependent beings with no agency, but rather as vital participants and contributors to the world.” (110).  It should be made clear here that Taylor does not compare animals to humans with disabilities; rather her aim is to show that disability studies offers an alternative conception of dependency as something shared by all humans.  In turn, she suggests this perspective can help develop a theoretical understanding of the interdependency of humans, other animals and the wider environment. 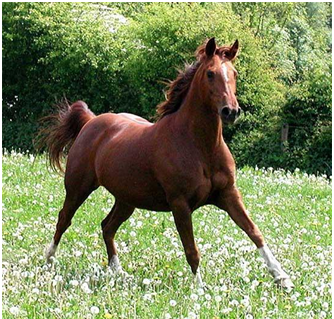 As with much ecofeminist writing, the elephant in the room, with respectful use of this animal metaphor, of course, is that, to the outsider or novice, ecofeminist theory can at times be rather…quirky.  Theorising the sense of humour of a horse, as Deborah Slicer does, or considering Greta Gaard’s description of “eco-erotic encounters” is not for the closed-minded.  Similarly, Ralph Acampora’s scenario to think through moral contextual vegetarianism, which considers a tribe of “Caring Cannibals” that “occasionally preys upon other humans,” will stop a few omnivores in their tracks.  It is precisely this tone of playfulness, however, that makes this book an engaging and mind-opening read.  Environmental theory, faced with the continuing apathy of most of the population in the shadow of impending apocalypse, generally leans towards the dreary and doom-laden end of the spectrum.  Without losing sight of its serious theoretical and activist concerns, this book, on the other hand, is humorous, joyful, and affirmative.  Finally, this helps to make Ecofeminism a must-read for both feminists and also, no doubt, for meat-eaters.

Review: BrANCA Reading Group: "Hope/Pessimism"
Book Review: Legal Realism and American Law by J. Zaremby
Book Review: Against Self-Reliance: The Arts of Dependence in the Early United States by William Hun...
Review of the Tenth Annual ‘Wikimania’ Conference
What We Learned: Organiser's report on the 1st Americas Postgraduate Conference at the UCL Institute...
The Best of 2016, and What's next in 2017
Book Review: The Absence of America: The London Stage, 1576-1642 by Gavin Hollis
Our Latest Longest War: Losing Hearts and Minds in Afghanistan

Anna Maguire is a PhD student in American Literature and Associate Tutor in the School of English at University of Sussex. She completed her Bachelor's degree at Loughborough University, and her Master's degree at the State University of New York at Binghamton, where she also held a teaching assistantship. Anna's research is in contemporary American women's writing, looking at representations of nature in the domestic novel. She is interested in the boundary between indoors and outdoors and the interplay between home and natural environment. Her work considers the environmental concerns of the contemporary domestic novel by writers such as Toni Morrison, Barbara Kingsolver, Marilynne Robinson and Jane Smiley, in parallel to nineteenth century works by Louisa May Alcott and Harriet Beecher Stowe.
View all posts by Anna Maguire →
Tagged  Gender and Sexuality, Race.
Bookmark the permalink.