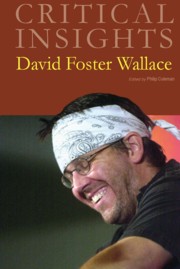 In Adam Kelly’s overview of the critical field surrounding David Foster Wallace (1962-2008), he notes that during the last years of Wallace’s life there was ‘a steady stream of scholarly interest, but more recently that stream has become a torrent’ (46). If we consider the vast amount of blogs, reviews, and think pieces, that have emerged to coincide with the recent U.S. release of the film The End of the Tour – which portrays five days with Wallace on the promotional tour for Infinite Jest (1996) – we can discern that that torrent has become a deluge. Indeed, it may be that we are fast approaching – or have already hurtled past – the point that marks ‘peak Wallace’.

It is into this heavily-saturated environment that editor Philip Coleman’s collection appears. Part of Salem Press’s Critical Insights series, the collection aims to contribute to ‘a global discussion concerning the value and meaning of Wallace work, providing fresh readings and insights into texts that have already received considerable critical attention, but also advancing new ways of understanding one of the most important American writers of the twentieth century’ (xiv). This latter claim may be a little strong here: many of the selections are solid if unspectacular essays that engage with themes already present in Wallace scholarship – his relationship with his predecessors (particularly John Barth and Thomas Pynchon); his quest for empathy; his readerly directive to pay attention – producing conclusions that it would be a struggle to term ‘new’. Indeed, the collection serves as a further indicator of the reification of just a handful of terms within Wallace scholarship, with adjectives such as empathetic, ethical, and sincere, often liberally applied to Wallace without any extended analysis of what those terms might mean.[1] Nonetheless, the book does excel as a comprehensive introduction to the field of Wallace Studies, collating biographical information, three essays that contend with broad ‘critical contexts’, twelve essays that offer ‘critical readings’ of individual Wallace texts – both fiction and non-fiction – and a useful ‘resources’ section that contains an exhaustive critical bibliography.

The collection does, however, also contain several insightful and stimulating essays that do offer ‘new’ angles on Wallace. Clare Hayes-Brady and Jorge Araya, for example, provide much needed analyses of Wallace’s problematic engagement with gender and race, respectively. Although perhaps over-eager to excuse Wallace for some of his failings – Hayes-Brady’s tentative suggestion that Wallace makes use of ‘silence or absence to open the text to infinite possibilities of exegesis’ may give Wallace too much credit for themes he seems loathe to address, whilst Araya’s assertion that The Pale King’s ‘racial monotony’ allows Wallace to sidestep racial and cultural differences in favour of ‘the arguably deeper issue of economic differences’ fails to acknowledge the racism that underpins those differences (71, 247, 249) – these essays are important contributions to the field of Wallace Studies. 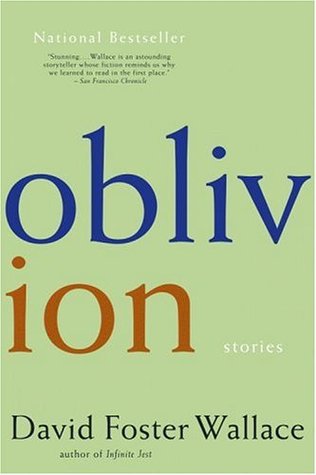 Charles Nixon’s appraisal of Oblivion (2004) produces some provocative readings of Wallace’s last and bleakest stories, arguing that there is evidence that Wallace ‘self-consciously rejects many of the markers of his previous writing’, with the aim of displacing himself as ‘a centrally-directing author figure’ (176, 182). Indeed, in emphasising Wallace’s shift to a darker tone in Oblivion, Nixon contributes to an emerging consensus within Wallace scholarship that splits his output into three phases: the metafictional, patricidal early years of The Broom of the System (1987) and Girl with Curious Hair (1989); the middle years of Infinite Jest (often overlooking the underrated Brief Interviews with Hideous Men [1999]); and the less-playful, despondent yet stoic later years of Oblivion and the posthumous The Pale King. Although inevitably slightly reductive, this schema does provide a useful shorthand for periodising Wallace’s work.

On the latter novel Tim Groenland reports his findings regarding the material that would come to be collated as The Pale King, the result of research conducted with Wallace’s archive at the University of Texas at Austin. Groenland asserts that The Pale King should be conceived of as existing in ‘several versions’, and that Michael Pietsch’s editing may promote fidelity to the notion that Wallace’s writing evinced stylistic unity, precluding the possibility of him achieving artistic growth or transcendence (232).

The stand-out essay is by Áine Mahon, whose study of Wallace in relation to Cora Diamond also provides perhaps the best reading of Wallace’s literary engagement with the philosophy of Stanley Cavell and Ludwig Wittgenstein to date. Indeed, in her situating Wallace ‘closer to modernism than postmodernism’, with a ‘belief in the ability of the modernist novel to accurately track or represent authentic human experience’ she encourages a restrained appraisal of Wallace, providing a model example of how Wallace Studies should proceed (263).

[1] Kelly’s aforementioned critical overview is a curious specimen, displaying his customary dexterity when tracing and synthesising the evolution of ideas, whilst also serving to reduce rather than elucidate the disparate strands of Wallace scholarship due to his merging of myriad individual studies into collective ‘waves’. Kelly, however, is astute in suggesting that the ‘bleaker aspects’ of Wallace’s vision might provide more intriguing avenues for study in the future (59).

Iain Williams is a PhD candidate at the University of Edinburgh. His research focuses on David Foster Wallace and how his work engages with notions of sincerity and authenticity. He holds an MA (Hons) in American Studies and an MSc in U.S. Literature, both from Edinburgh. An article on Wallace is forthcoming in the journal Critique: Studies in Contemporary Fiction.
View all posts by Iain Williams →
Tagged  C21, Contemporary Fiction.
Bookmark the permalink.