This expansive and ambitious collection sets out to ask what the American past looks like when race and sexuality are the ‘animating questions’ (p. 3), addressing a persistent failure in scholarship to integrate concerns about race and sexuality.  Essays here span almost four centuries of North American history, from same-sex desire on seventeenth-century slave plantations to the mass marches of the 1990s and early 2000s.  Such a wide scope suggests a potentially broad appeal and audience, but Connexions will surely prove most appealing to the growing contingent of scholars whose research interests lie within the endlessly intriguing and pervasive (yet long taboo) intersection of race and sex at issue here.

Essays treating diverse time periods and subject matters are here arranged thematically rather than chronologically and the book is divided into three loosely cohesive parts: “Deep Connections”, “Beauty and Desire” and “Subjectivities”.  This final part – by far the longest – is perhaps the least successful in bringing together essays which enlighten each other.  Yet efforts to divide the essays in these ways seem almost counter-intuitive in a collection which prizes intersection and encourages the reader to make ‘connexions’ across time and space.

Many of the essays across these three parts centre on individual stories: snapshots of lives where race and sexuality intertwine.  The case of Rachael Pringle Polgreen here stands out as one of the most intriguing.  Polgreen was an ex-slave turned slave-owner and proprietor of a well-known Bridgetown brothel about whom, Marisa J. Fuentes affirms, ‘[t]he archive conceals, distorts and silences as much as it reveals’ (p. 144).  For Fuentes, as for Wanda S. Pillow, a re-reading of the archive is necessary; it constitutes ‘a reading against the grain of what is simultaneously present and absent’ (p. 204).  Pillow’s fascinating essay examines how the presence of a native woman (Sacajawea) and a black enslaved man (York) disrupt the narrative of Lewis and Clark’s famed expedition as the ultimate white, homosocial journey.

The non-standard spelling ‘connexion’, the editors inform us, has since the late eighteenth century implied illicit sex and often implicated interracial and homosexual relations.  For the editors of this collection, the ‘x’ here functions as ‘a metaphor for both sex and its intersection […] with race’ (p. 2).  Spelling and etymology here are important.  Indeed, specificities and nuances of language are frequently at issue in these essays.  Where the archive conceals or excludes histories in which race and sex converge, attention to language permits the reconstruction of these hidden stories where ‘only a trace’ is immediately evident.  Jim Downs takes the title “With Only a Trace” for his essay on same-sex desire amongst enslaved men; he reveals that ‘loathsome’ in the 19th century was often a code word signalling ‘aberrant sexual behaviour’ (p. 16).  This opening essay rightly highlights the need to consider ‘another route into the archive’ (p. 27); Downs is finally compelled to ask: ‘can theory take the place of evidence?’ (p. 28).  Sharon Block’s insightful essay, which examines 18th-century advertisements of missing persons, also attends closely to language.  Block’s analysis of bodily descriptions of male and female African-descended runaway slaves as well as fugitives of European descent reveals how the language used encodes a myriad of assumptions about personhood based upon race and gender and here inscribes such assumptions upon the bodies of these missing persons.  Enslaved African-descended female runaways, Block notes, are the least described in these advertisements; ‘negro wench’ was considered a precise enough description (p. 89).  African bodies, more generally, are figured as more malleable and ‘markable’ than European bodies; descriptions of slaves are far more likely to include scars and other bodily markers associated with slavery.

The final essay of the collection brings us closest to the contemporary moment.  Here Deborah Gray White explores the lives of those existing at the intersection of race and sexuality in the late twentieth century through the mass marches between 1993 and 2000.  The Million Man (1995) and Million Woman (1997) marches celebrated black selfhood but disregarded the issues of LGBT African Americans, while the LGBT marches of 1993 and 2000 marginalised LGBT people of colour.  All of these marches, White notes, aimed to demonstrate that being black or being gay in America did not preclude ‘normalcy’ or upstanding citizenship.  Yet black LGBTs, never in the majority in either group, could ‘by definition’ never ‘be “normal”’ (p. 289).  White here emphasizes the extent to which issues highlighted in the collection are not only historical but persistent and relevant today.  Furthermore, the implications arising from what the editors call ‘the questionable subjectivity of race and sex’ (p. 10) are not merely political but deeply personal and emotional.  Those attending the mass marches were motivated not only by political goals but by a desire for belonging, for connect(x)ion and unity.  Yet unity, White reminds us, seldom allows for difference (p. 290).

Perhaps inevitably and rightly, these essays provide more questions than answers.  They encourage, indeed demand, that more be done to address ‘holes’ in the archive and to recognise the political forces which shaped them.  They highlight the inadequacy of existing historical methodologies to detect and properly explore those areas where race and sex intersect.  Given the collection’s broad scope, readers are perhaps unlikely to study every one of these essays and will instead pick and choose those which best align with their particular area of interest.  Connexions certainly merits inclusion in undergraduate and postgraduate reading lists, if only as an incentive to students to look beyond the overt and to seek what is covert and concealed in the archive.

Such a diverse collection which treats so many oft-ignored subjects invites few direct comparisons, but those seeking to read beyond Connexions might look to Daina Ramey Berry and Leslie M. Harris’ Sexuality and Slavery: Reclaiming Intimate Histories in the Americas (University of Georgia Press, 2018), which features some of the same contributors and figures sexuality as central to the study of slavery in the Americas.  Those looking for a wider view on the history of sexuality in a North American context might also find Elizabeth Reis’ American Sexual Histories (Wiley-Blackwell, 2011) – now in its second edition – a useful resource exploring American sexuality from to colonial era to the late twentieth century. 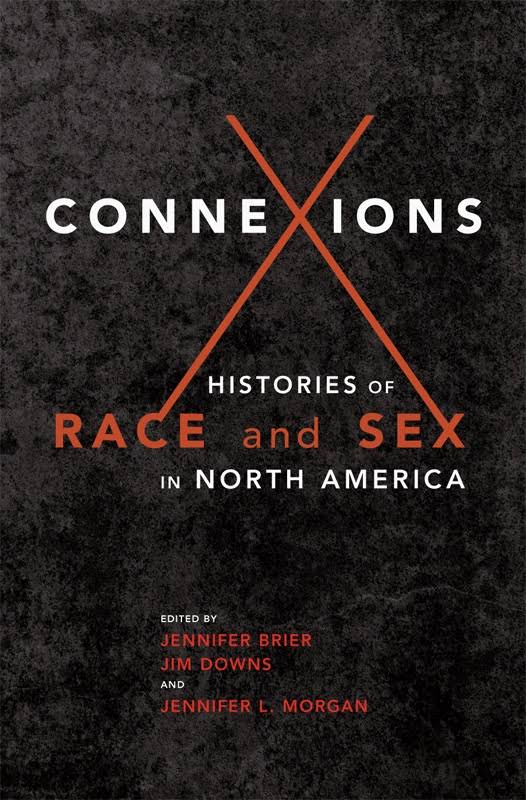 Laura Ryan is a PhD student in English and American Studies at the University of Manchester. Her research looks at D. H. Lawrence and the Harlem Renaissance as well as exploring transatlantic and transnational modernisms more widely.
View all posts by Laura Ryan →
Tagged  C20, Gender and Sexuality, Race.
Bookmark the permalink.