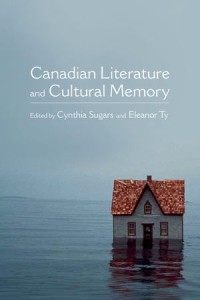 Since the 1970s and 1980s, there has been a growing interest in nostalgia and cultural memory – the way communities choose to collectively remember the past. Due to widespread increased awareness of globalisation and diasporic communities, questions regarding how the past is shaped – by cultural groups, by the media, by political discourse – have gathered momentum. Cultural trends (“hipsterism” and an interest in anything “retro”) have developed to reflect, and perhaps counter, Western culture’s obsession with technological advancement and ever-advancing movement away from past traditions. In contemporary Canada, especially with the on-going Truth and Reconciliation Commission’s attempts to provide a platform for the stories of injustice from the survivors of the Residential School system, discussions are taking place in relation to memory issues. How is the “truth” about the past constructed by different social groups? How can memory be “inherited” through generations? How can memory shape identity and a sense of belonging?

Canadian Literature and Cultural Memory is divided into five parts, each addressing different aspects of Canadian literary cultural memory. In calling for a more honest and open-minded attitude towards the Canadian past(s), it attempts to move beyond “discourses of nostalgia and nation-based commemoration into investigations of alternative forms of historical remembering” (12). Literature, it suggests, can be used to cultivate a social and cultural past that incorporates all the difference facets of Canadian identities.

For a reader new to the subject, the most helpful element of this book lies in its over-view 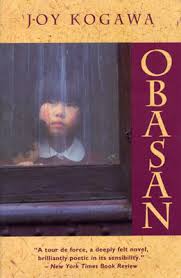 of the different social elements in relation to Canadian cultural memory through essays on specific social, cultural, and political topics, almost always discussed in conjunction with a literary source. This is useful for research on particular aspects of cultural memory in Canada or as a concise introduction to the different cultural facets of Canada and Canadian literature. For example, the reader is told that “[Joy] Kogawa’s Obasan has probably been the single most influential novel in Canadian literary history for its influence on the nation’s reassessment of its remembered past” (9).

This “reassessment of Canada’s remembered past” is the main aim of the book. It succeeds in presenting viewpoints of Canadian cultural memory that continue to be undervalued. Kimberly Mair presents a fascinating insight into the Syncrude Gallery of Aboriginal Culture, where Indigenous peoples are “presented as though they are particular to the past and have reached their conclusion” (45). In Marc André Fortin’s discussion of one Aboriginal group, the Git­­­­­xsan, and their battle for recognition as a legitimate population group with land rights, Fortin suggests that all versions of history are stories, and written histories are no less significant or “real” than those told in the Canadian Aboriginal oral tradition. And in one of many counters to nationalistic thinking, Dennis Duffy writes about how post-WW1 Anglophone Canadian nationalism “erased a contemporary Quebec from a significant portion of the Anglo-Canadian literary imagination” (275).

An introduction to memory theory is skilfully conducted throughout the book. There are repeated references to Marianne Hirsch’s “postmemory”: “the relationship that ‘the generation after those who witnessed cultural or collective trauma bears to the experience of those who came before, experiences they “remember” only by means of the stories, images, and behaviours among which they grew up’” (118). And, through using this theory, the book is highly effective in arguing that different cultural memories are valid. J.A. Weingarten presses for a shifting of focus to Canadian “microhistories” (151), with an emphasis on open-mindedness. Postmemory is apt here because it is an imaginative, self-reflective, and creative process which “prevents any one writer from claiming that he or she has apprehended the whole of the Canadian past”, and “encourages discourse” (154) rather than silence or oppression. 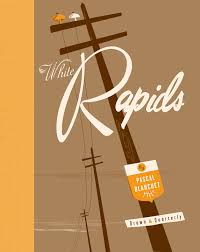 The book’s outright rejection of nostalgia is clear. Candida Rifkind’s discussion of Pascal Blanchet’s comic book White Rapids, which focuses on a town set up by the Hudsen’s Bay Company in the mid-twentieth century, highlights the power of nostalgia to alter memory and instil longing for an imagined past. This idea reoccurs in Robert Zacharias’s exploration of diaspora and remembered homeland, as he highlights the difficulties involved for second generation diasporic individuals in maintaining a link to their cultural heritage.

mémoire (sites of memory) in proposing that memory-infused objects have the ability to “span the gulf between historical generations” (183). Referring to Peter Hodgins’s ideas on “‘nostalgia for memory’”, Sugars suggests that objects initiate a “nostalgia for inherited memory” (183). Sugars highlights the example of Gail Anderson-Dargatz’s Turtle Valley, which explores issues of willed amnesia as a response to traumatic life events. There is a restorative function in this process, Sugars contends, which allows individuals to “break free” (197) from past traumas.

So although Canadian Literature and Cultural Memory suggests a necessity for awareness of the past in order to better understand the diversities of Canadian identity and literature, the book also suggests that a liberation from personal past traumas through a controlled forgetting might create the possibility for a new sense of belonging and identity. This is not to be confused with widespread cultural amnesia towards detrimental past events – such as colonialism – which the book emphatically highlights as problematic throughout Canadian history.

Other issues explored include the “threat of memory loss” (122) through old age and diseases such as Alzheimer’s and dementia, and the question of “who has the right to remember?” (169). In perhaps one of the most interesting discussions in the book, Tanis MacDonald explores Joan Crate’s “right” to write about E. Pauline Johnson, the Mohawk poet and performer. Despite her assertion that she “cannot answer” (181) these questions as a non-Indigenous scholar, MacDonald is critical of the fact that “some Indigenous authors believe that Crate is not Indigenous enough to be rewriting the subjectivities and voices of First Nations women” (179). It is a pity that MacDonald does not take a stronger stance in the argument that she so skilfully constructed. By denying herself the right to 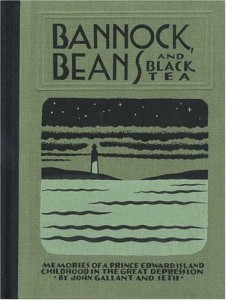 suggest a direct answer to the questions she poses, she accedes to the very system she is criticising: a cyclical, in-group system in which Indigenous people alone have socially-sanctioned permission to comment on Indigenous issues. Linda Warley also explores this issue in relation to John Gallant’s memoir Bannock, Beans, and Black Tea, illustrated by his son Gregory (self-named Seth). Gallant has a “right” to write about the experience of poverty because he was poor. However, Seth’s illustrations of his father’s past are “romanticised” and “made aesthetically pleasing” (146). Despite growing up hearing his father’s stories, Seth’s constructed postmemory serves to highlight the difficulties in understanding a traumatic past that he did not personally experience.

But Canadian Literature and Cultural Memory does not just focus on remembering. It also looks at forgetting. Renée Hulan discusses forgetting by “distraction”. Citing Paul Ricoeur, Hulan says that this kind of forgetting occurs when one focuses on “one historical object and ignores others” (53). Hulan maintains that a “repressed memory of colonization” (57) is responsible for Canada’s “forgetting” about the North and the Aboriginal peoples that reside there. Through providing an example of a lack of schools for Aboriginal children in Attawapiskat, and lack of general housing provided for people living in the area, Hulan highlights Canadian governmental ignorance of minority groups in rural areas.

If the book has any fault, it is a rare overreliance on critical jargon. For example, although Tony Tremblay makes some good points about globalisation as a new kind of “placelessness”, his argument becomes slightly lost through terms (“neo-liberal”, “post-nationalist”, “post-Keynesian”, and “post-national cosmopolitanism”) so loaded with meaning that their over-use often obscures the exact point being made. And if Canadian Literature and Cultural Memory sets out to provide a new insight into Canadian cultural memory, clarity is essential. However, this is a minor issue that occurs infrequently. Overall, the book is engaging and provides a well-researched spectrum of the different aspects of Canadian literature in relation to cultural memory. As Marlene Goldman states, “remembering and forgetting provide the foundation for human identity” (123), and this book certainly gives some good discussions of why this might be the case.

Spaces and Spatialities of Empire – An Introduction
Review of the 1st Americas Postgraduate Conference at the UCL Institute of the Americas
Panel Review: 'Elemental America' BAAS Annual Conference 2021 (Online)
“Money, That’s What I Want”: Who Benefitted from the Crossover of African American Musicians in the ...
Book Review: West of the American Revolution: An Uncommon History of 1776 by Claudio Saunt
Review: 'Civil Rights Documentary Cinema and the 1960s: Transatlantic Conversations on History, Race...
Book Review: Against Self-Reliance: The Arts of Dependence in the Early United States by William Hun...
Book Review: Jimmy Carter and the Middle East: The Politics of Presidential Diplomacy by Daniel Stri...

Kate Smyth is a PhD candidate at Trinity College Dublin, having previously obtained an M.Phil in Literatures of the Americas at TCD and an MA in Writing at NUI Galway. Her research focuses on memory and place in the Canadian short story, specifically those of Margaret Atwood, Mavis Gallant, and Alice Munro.
View all posts by Kate Smyth →
Tagged  Canada, Canadian Literature, Native Americans, Politics.
Bookmark the permalink.