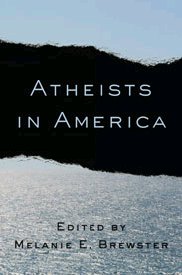 Melanie E. Brewster’s collection of confessionals, anecdotes and narratives from non-believers who follow very different paths toward their atheistic identities is an often profound and above all important publication; the lived experience of atheism in America, as Brewster asserts, is “conspicuously understudied” (3). The collection features narratives of ‘deconversion’ and in-depth life experiences from twenty-seven contributors of different backgrounds, ethnicities and age groups. Some have renounced their religious identity without familial strife, others have suffered immense social rejection. Brewster introduces an astoundingly original feature to this open-demographic by including voices like Stephen S. Mills, who identifies as both an atheist and a member of the LGBTQ community, and illuminates the challenges and similarities of identifying with both in his aptly named contribution, “A Tale of Two Closets.” Others, such as Samuel W. Needleman, have sacrificed careers and a peaceful social environment to live in for the sake of their atheistic identity. From tales of educators finding a niche in their curriculum for imparting the tools for sceptical thought, through raising children outside of a religious identity, and finally the poignant “Atheism and Aging” section which informs the reader of the full and accomplished life of three astute and diverse free-thinkers, this collection is an irreplaceable addition to the study of the irreligious in American life.

The lived experience of atheism in America is often thought to be in opposition to the phenomena of the New Atheist movement, which Brewster is quick to address in her introduction. The immensely popular publications from Richard Dawkins, Sam Harris, Christopher Hitchens and Daniel C Dennett, amongst others, spawned a surprise set of bestsellers when they first started creeping their way onto bookshelves across the world approximately ten years ago. As Brewster points out, and successfully uses as a precedent for this study, these authors create the perception of a “monolithic group” which represent modern atheism, consisting of “economically advantaged white men from the Northeast and Northwest” (240). The strongest asset of this collection is not only its manner of challenging this perception, but how it concurrently articulates the immense impact of these so-called “pop-atheist” publications. Though these successful authors do create an over-privileged perception which is often unhelpful to the successful everyday practice of Secular Humanism, the extent to which they have entered the public imagination has had a positive impact on those who otherwise felt existentially mired by their doubt.

The marginalised nature of atheistic identity in America renders books like Dawkins’ The God Delusion (2006) irreplaceable to readers who would otherwise not have been privy to such well articulated secular thought. When the reader is introduced to Camilo Ortiz, an associate professor of clinical psychology at Long Island University, one is struck by the incongruity such an individual is met with owing to his non-belief. The assumption of the university setting as one which champions free-thought is challenged, at least in part, by this contributor as he speaks of occasions when students have stepped into his office and quietly whispered to him, “Are you an atheist?” (205). He regales us with his experience of sharing Sam Harris’s The Moral Landscape (2010) with one such graduate student. The inspirational content of such books, which act as social nexuses of free-thought and intellectual development absolved of ubiquitous religious dogma is exemplified in chapters such as this. The New Atheist movement, here, is portrayed as the popular front and touchstone of a diverse and rich, yet marginalised, identity in many parts of the United States.

The challenges faced by youths in the course of their intellectual development and doubts about the religious practice and identity into which they feel pressured to conform are addressed in a two-fold manner. The retrospective thoughts of Cora Judd, who was raised in a strict Mormon household, give a voice to the sexual repression and damaging, often enforced, gender roles she feels are inherent in many fundamentalist doctrinal ascriptions. Judd writes of the habitual guilt, remorse and “uncleanness” visited upon her throughout her physical and intellectual development in Utah (51). This emotive critique is 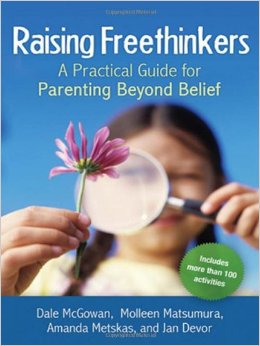 contrasted against an informative section on atheistic parenting. The fact that raising children outside of a faith-based community is seen as problematic is telling of its own accord. Traditionally, Brewster asserts, “[r]eligion is a primary source for moral structure” (137), which creates a stigma when raising children outside of such a community. With the publication of Raising Freethinkers: A Practical Guide for Parenting Beyond Belief (by Dale McGowan et al.) in 2009, the associated challenges and avenues available to atheist parents received a greater level of articulation. Brewster’s addition of personal anecdotes is a welcome addition to this pool of knowledge.

The lesser studied issue of race and atheism in America, which has been explored to 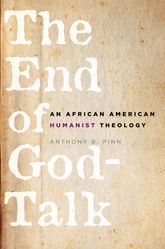 great effect in Anthony B. Pinn’s informative 2011 study The End of God-Talk: An African American Humanist Theology, is also provided a personal explication by means of Naima Cabelle’s contribution. Cabelle, born in Harlem, bravely asserts that “black atheists face hostility and marginalization within the secular community and must deal with challenges presented by white nonbelievers as well” (66). She goes on to impart another sad social truth: “[i]n the United States, one cannot legitimately claim patriotism, humanity, or morality without also claiming a religious belief” (66). As Cabelle speaks of her own estrangement from what she calls the “black church,” born of a racial schism typical of “America’s ‘white’s only’ religious establishment” (66) of the post civil-war period, we are informed of the correlations between racial segregation and that of religious identity. This uneasy confession of estrangement is also heartening at points, as Cabelle expresses her 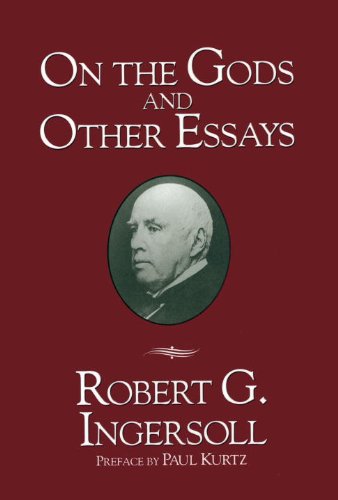 delight upon finding the writings of “The Great Agnostic,” Robert Green Ingersol. As she tells of her consumption of Ingersol’s entire canon containing brilliant expositions surrounding the tradition of American secularism, one can sense her yearning for what Ingersol himself embraced and symbolised in his writings and engagements: humanistic and inclusive American free-thought; a tradition, he was assured, that the United States was envisioned to encapsulate by its Founding Fathers.

The stories of professional and ethical dilemmas faced by atheists in the workplace are best outlined by Samuel W. Needleman’s contribution detailing his difficulties in end-of-life care as an oncologist in Amarillo, Texas. He begins by stating, “I have practiced medical oncology in the Bible Belt, assisted by a physicians’ assistant who is an African American woman. That’s progress: an atheist Jew and a black woman would not have been permitted, much less welcomed, in Amarillo, Texas, in 1950” (197). He expounds one of the great social dilemmas of the American atheist identity: the fact that there has been progress when it comes to inclusivity—a measurable amount of acceptance—yet in the realm of ultimate decisions concerning life and physical well-being, there still exists an immense stigma. Needleman’s openly atheistic stance ushered in a dramatic fall-off in referrals to his oncology clinic, as well as many defections of long-standing patients. He speaks eloquently about his utmost respect for the principles of “religious pluralism [in] Western democracy” (199). He does not condemn the widely held conviction of a Jehovah’s Witness, who “will refuse to have his life saved by transfusion” (199), though he does admit to counselling many into opting for life-saving procedures by subliminal means. Samuel does, finally, illuminate the grim reality behind his own conviction that theism and humanistic palliative care are incompatible. He speaks of occasions when the parents of a terminally ill child refuse appropriate medical treatment in lieu of “a special care meeting at their local house of worship,” which costs the innocent youth their life (199). Samuel eventually left Amarillo to practice elsewhere, yet his crystallised assurance that he maintains the moral high ground by acting with due respect to humanity before its theistic endeavour and allegiance is incredibly powerful. It acts as a model of Humanism in practice which all of the contributors to Atheists in America strive toward.

Brewster’s collection is filled with sorrowful disclosures of inequality, existential torment legitimated by biblical rhetoric and background, and ultimately a sense of overcoming from its eclectic grouping of contributors. The common thread of endurance binds the experiences of these ‘Atheists in America’. This collection informs the reader of the stigma and deep-rooted suspicion which exists in many parts of the United States, often those one would expect to be receptive of minority identities. It is a timely reminder of the value, virtues and antecedents of rational thinking and the humanistic endeavour which can arise from it.

David is entering the third year of his PhD at University College Dublin, having earned a BA (English and History) and MA (American Literature) from the same institution. His research focuses on twenty-first century American fiction, namely that of Cormac McCarthy, Denis Johnson, Hugh Nissenson and Rebecca Goldstein. His thesis considers aspects of shifting moral bases and ethical dilemmas as they appear in post 9/11 writing and pertain to the conflicting justifications of religious identities/traditions and scientific/secular understandings of morality. David is treasurer and a committee member of the UCD English Graduate Society, co-editor of the Emerging Perspectives Postgraduate Journal and co-organiser of the associated Emerging Perspectives Postgraduate Conference, held annually at University College Dublin. He has published an article on the poetry of Amiri Baraka and Yusef Komunyakaa, and is the author of a chapter in a forthcoming collection on the work of Paul Auster.
View all posts by David Deacon →
Tagged  Race, Religion.
Bookmark the permalink.