Book Review: American Unexceptionalism – The Everyman and the Suburban Novel after 9/11 by Kathy Knapp 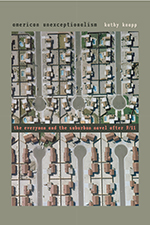 For thirteen years, the events of September 11, 2001 have lingered at the periphery of American fiction. Quickly incorporated into many best-selling thrillers, genre fictions, and graphic novels, in the two year period between 2005 and 2007 a number of prominent writers published novels inspired by the events in New York City, including Jonathan Safran Foer’s Extremely Loud and Incredibly Close, John Updike’s Terrorist, Jess Walter’s The Zero, Mohsin Hamid’s The Reluctant Fundamentalist, and, perhaps most famously, Don DeLillo’s Falling Man. These novels are often studied as the key examples of “post-9/11 fiction” because they recreate either the events of that day or the year that followed. Just four years after the attacks, a trend became evident: novelists were not only incorporating “9/11” into their work but attempting to represent the attacks and their aftermath at book length.

Kathy Knapp’s new study, American Unexceptionalism, is a timely discussion of the rise of suburban fictions in the first decade since the attacks. These novels, Knapp notes, “assiduously avoid engaging with the event itself and the divisive politics that came after 9/11 so as not to devolve into the same “us versus them” thinking” (xii) that dominated the rhetoric of the Bush administration and the War on Terror. Indeed, as Knapp argues, these narratives of the white, middle-class American male capture the decline of the economic, geopolitical, and moral authority of the United States from the perspective of middle- and retirement-aged men who are well past their prime and social necessity.

Unlike the novels listed in my opening paragraph, then, the crisis of “9/11” does not define the novels of American Unexceptionalism, nor do they represent the destruction in New York or at the Pentagon. Rather, Knapp’s contention is that post-9/11 suburban novels depict an everyday anxiety that characterises the “long, ongoing aftermath of catastrophe” (xxxviii) and provides the basis for an entirely new suburban literary tradition in its avoidance of historical event. The “very insistence upon the quotidian” (24) in the suburban novel of the twenty-first century is unique, Knapp argues, within the “growing corpus” of “post-9/11” literature and central to Knapp’s argument is the idea that these suburban fictions are fundamentally tied to that one morning in September 2001 when the world appeared to change for the whole of the nation. 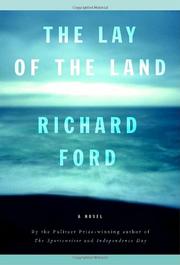 The volume’s strengths lie in its extensive range of source material. Discussing novels by Richard Ford, Chang-Rae Lee, Jonathan Franzen, Philip Roth, Anne Tyler, and A. M. Homes, Knapp skilfully demonstrates the overlap between the pre- and post-9/11 suburban novel and examines how contemporary novelists revisit and refit the aging everyman for the “new” and “unfamiliar” political circumstances of the twenty-first century. Importantly, Knapp chooses these novels for their lack of political content: Richard Ford’s The Lay of the Land (2006) is set in the month’s preceding 9/11, whilst Knapp characterises Chang Rae-Lee’s Aloft (2004) by the author’s “determination to glide over the implications of large scale catastrophe” (24). In other words, a major aim of American Unexceptionalism is to find a way of discussing contemporary fiction that is not predicated on major instances of historical trauma unless the effects of this “trauma” can be explicated through America’s quotidian existence. American Unexceptionalism is strongest in Knapp’s contention that the suburban and the domestic are political spheres and never constitutive of a “retreat from the larger world” (xvi), illustrating a woeful lack of scholarship in the mundanity of American life after terror.

However, for all her astute observations, Knapp remains somewhat blindsided by the events of September 11, 2001. Like many critics before her, Knapp cannot escape the traumatic aftermath of the attacks and, indeed, ends up extending them. Referring to a “post-9/11” genre without providing any definition of the form, American Unexceptionalism does little to trouble the assumption that “9/11” changed the course of the twenty-first century and that contingency and trauma continue to shape the national narrative of America. This, in turn, leads to a kind of exceptionalism that has permeated “9/11 fiction” and the critics who have rushed to interpret it since the day of the attacks. Rather than, as Richard Gray advised critics in 2011, locating “a transcultural space in which different cultures reflect and refract”, Knapp discusses novelists whose “insistent detachment” (26) from the events of “9/11” embody an “aesthetic of contingency” (xiii) that is based in a fear for the future of the white man and his continued systemic privilege. And although to an extent, Knapp seems aware of this danger, arguing that, “post-9/11,” the aging, middle-class, white American male is a new specimen “who holds himself accountable both for his failures and his failure to act” (xxvi), the accountability that Knapp identifies seems both too little and too late. Asking the reader to feel gratitude for the regrets of male protagonists whose “renewed cultural vitality” (51) in the years since “9/11” both reaffirms and reinscribes their political and social dominance leads to the inevitable, “so what?”

By ignoring the lack of innovation in fiction after “9/11,” and by continuing to privilege the representation of a singular “event” as the cornerstone of a national literature, American Unexceptionalism can only partially commit to dismantling the exceptionalism played upon by its title.

Rachel has recently submitted a PhD thesis on the quiet contemporary American novel at the University of Nottingham, having previously studied at York, Oxford, and Mount Holyoke College. Her project looks at quiet as a literary aesthetic and argues that quietness has a radical and political function that restores the time for reflection in contemporary American fiction.
View all posts by Rachel Sykes →
Tagged  9/11, C21, Contemporary Fiction, Gender and Sexuality, Masculinity, The Suburbs.
Bookmark the permalink.