Book Review: Against Self-Reliance: The Arts of Dependence in the Early United States by William Huntting Howell

William Huntting Howell, Against Self-Reliance: The Arts of Dependence in the Early United States. Philadelphia: University of Pennsylvania Press, 2015. 312pp. 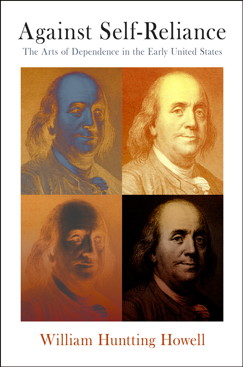 William Huntting Howell’s Against Self-Reliance is a contribution to the range of recent studies that emphasize cultural dependence, unoriginality, and derivativeness in the early United States. Unlike studies such as Meredith McGill’s American Literature and the Culture of Reprinting (2003) and Lara Langer Cohen’s The Fabrication of American Literature (2011), however, Howell’s focus is not exclusively print culture. His object is more general, being to uncover an alternate history that runs from the Revolution to the American Renaissance in which concrete historical ‘experiences’ of dependence are a more useful rubric for understanding American society and politics than the ideology of independence that characterizes received wisdom of the era. Stressing in his introduction that his concern is the ‘facts on the ground’ (11) in American history, Howell draws on quotidian and largely overlooked aesthetic projects such as the design of coins and schoolgirl samplers to offer some genuinely original work on how creative work in America was consanguineous with the processes of state-building.

This range of cultural forms constitutes the pluralized ‘arts of dependence’ in the subtitle that are the book’s strongest suit. Surveying cultural history in a broad sense, Howell’s method enables him to discuss the orreries and minting technologies of David Rittenhouse and samplers used by girls at Susanna Rowson’s Academy as a point of comparison with literature and print culture. It permits Howell to expand the range of ways in which aesthetics had direct political influence, and as such makes for a more compelling argument than any which might contrive to prioritize the political agency of a specific genre such as the novel. Take, for instance, the link Howell emphasizes between Rittenhouse’s engineering skill and his role as director of the US Mint after 1791. Rittenhouse was specifically engaged to oversee production of a truly homogenous coinage, and Howell effectively demonstrates that this exemplifies how republican subjectivity was formed through the aestheticization of its key principles in the homogenization of national character. In the following chapter, Howell proposes that the samplers used at Rowson’s Academy suggest a more complex relationship between agency and submission than criticism tends to suggest. Rather than anachronistically assuming that samplers, which aimed to perfectly reproduce a given image in textile, were pedagogically useless and merely perpetuated gender hierarchies, Howell proposes that copying was undertaken with the purpose of moral education and the inculcation of sympathy. In other words, Howell proposes that the modern critical enthusiasm for discovering and announcing the creative agency of oppressed historical subjects does not equate to the aspirations of most girls enrolled in Rowson’s schools, who well understood what skills imitation might give them. 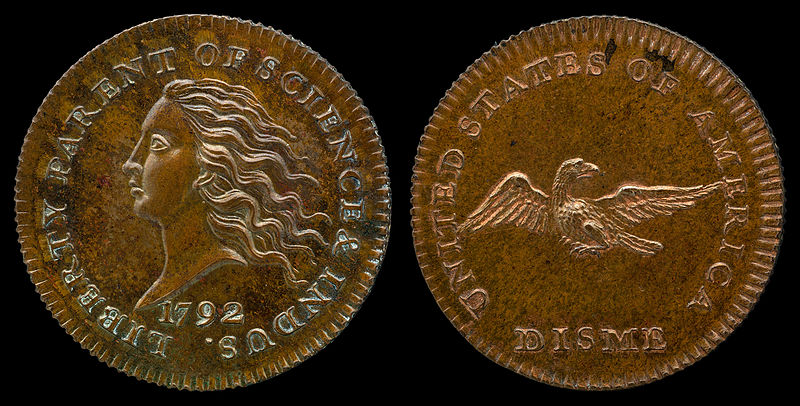 This last argument would imply that this book is held together by a strong central argument advocating a form of iconoclasm against the political shibboleths of American Studies criticism. This is not the case. Each chapter is very much a self-contained case study, and as such, when those case studies are weaker, the coherence of the book as a whole suffers. The opening chapter on Franklin is compelling, but it is also visibly reliant on Michael Warner’s excellent Letters of the Republic (1990) and, despite its vocal claims to the contrary, does not offer much in the way of new insights on Franklin’s notoriously contradictory Autobiography. Howell is original once more in his discussions of Phyllis Wheatley’s calculated derivativeness, which declines to engage with the swollen body of hagiographic writing on Wheatley’s importance to African-American aesthetics and cultural independence. Instead, he forwards a provocative argument that Wheatley was a devotional poet who praised the divine order of both cosmos and polis, an attitude that seemed to me to imply her complicity with theological defences of slavery. Yet the provocation evident here contrasts oddly with a later overlong, and over-detailed, chapter on Charles Brockden Brown which casts him as the solitary objector to republican dependence worthy of mention. For several reasons, this chapter is an unnecessary inclusion. Surely a book which seeks to repudiate the conventional wisdom on American individualism ought simply to exert its privilege to exclude its defenders and proponents? As it stands, the position that Brown is said to take against derivativeness, apathy, and complicity in his novels is more or less identical with that which Howell adopts in the rest of the book when defending other nominally derivative works.

So although Howell states very clearly in his introduction that he is concerned with small histories, the ‘intimate mechanics of individual artistic, linguistic, and behavioural dependence’ (10-11), Against Self-Reliance nevertheless feels like something of a missed opportunity. The problem is that the ramifications of its interests extend into more complex points about subject formation, personhood, and will and determinism in American thought and culture, and the book is not up to the task of analysing such points on a grand scale. Howell indicates his awareness of this scope, and proposes to examine variations on the theme of ‘what a selfless self might look like and how it might operate in the world’ (10). But there is never enough on how such a self might be constituted in philosophical terms. What philosophy we get is exclusively Anglophone—John Locke, Adam Smith—and never the German and French influences that transformed American intellectual life and conceptions of selfhood from the 1820s on. Likewise, despite appearing on the book’s opening and closing pages and providing its title, Ralph Waldo Emerson—America’s most sophisticated writer on the dimensions of selfhood in context—is otherwise absent. As such, Howell’s model of selflessness is stymied by a lack of theoretical definition and cannot release itself from the epistemology of individualism it purports to circumvent. As he writes of schoolgirl samplers, their exponents used imitation as a substitute for an agency they possessed but could not exert: ‘Finding the principles she would communicate in the words of another, she reproduces the best of her peers … the compilers personal and cultural specificity emerges from her particular sensitivity to and mobilization of other’s thoughts and feelings’ (123. Emphasis added). It is a fascinating paradox, but Howell’s book only goes so far as to illustrate it. Philosophical exegesis, theoretical expansion, political consequence—all these are wanting in his discussion. As a study of the ‘facts on the ground’, therefore, Howell’s independent case studies are a useful guide to specific arts of dependence in the US. As an examination of the philosophies of dependence that lay behind such productions, however, Against Self-Reliance is unfortunately limited.

Benjamin Pickford completed his PhD on Ralph Waldo Emerson at the University of Nottingham in September 2014. He is currently working on two monograph projects - an intellectual biography of Emerson focusing on his poetic theory, and a cross-disciplinary study of alternative economic models in late nineteenth-century American culture.
View all posts by Benjamin Pickford →
Tagged  Art, Art history, Early American History, History, Literature, Poetry.
Bookmark the permalink.