2017 marked two anniversaries in Liverpool: the tercentenary of the Bluecoat building, a contemporary arts centre which was originally constructed as a charity school in 1717, and the tenth anniversary of the International Slavery Museum. Like many institutions founded in eighteenth-century Liverpool, Bluecoat was supported by funds derived from maritime trade; in particular, the transatlantic slave trade. As part of Bluecoat’s year-long anniversary programme, special attention has been paid to exploring the building’s connections to slavery. A weekend of events was held which revealed the presence of slavery in Bluecoat’s and Liverpool’s history, beginning with Elaine Mitchener’s performance of Sweet Tooth on Thursday evening and concluding with a day of public events at Bluecoat on Saturday. Taking place in a perfectly fitting dock-side location (the former site of Liverpool’s Dock Traffic Office), this one-day symposium explored the connections between charity, philanthropy and the black Atlantic. 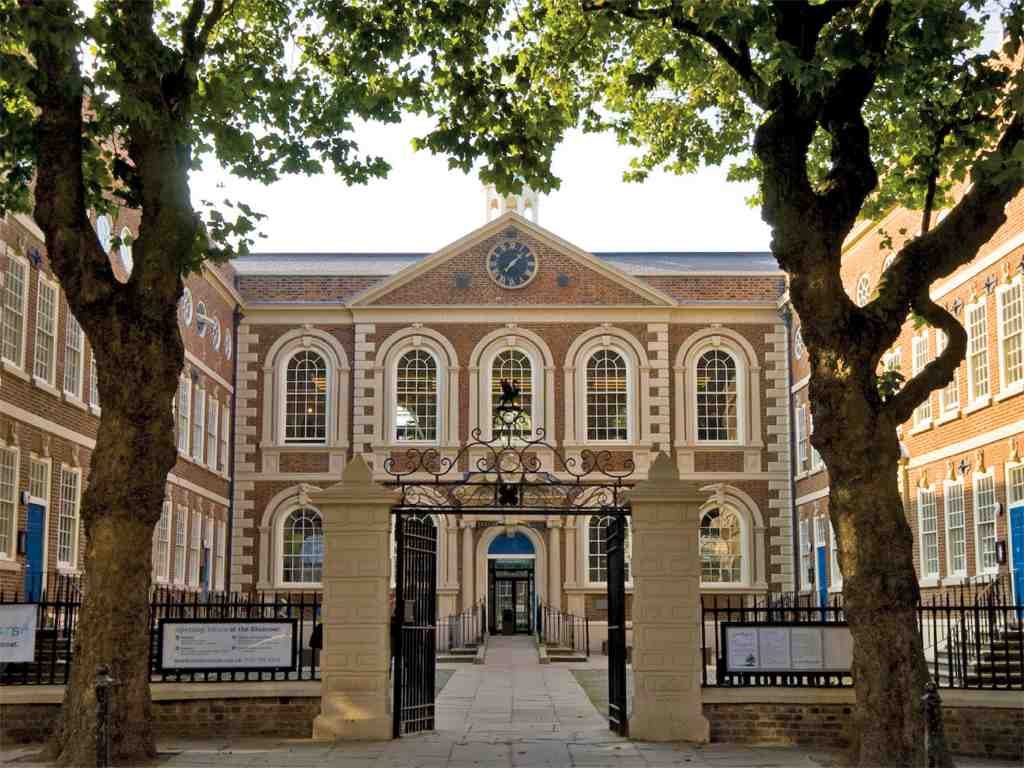 The Bluecoat Building in Liverpool

Dr Richard Benjamin, the Head of the International Slavery Museum, opened proceedings, emphasising how the slave trade was integral to Liverpool’s development. Bryan Biggs, Bluecoat’s Creative Director, introduced delegates to a history of Bluecoat, including its founder Bryan Blundell and his connections to slavery. Biggs outlined how the Bluecoat has played an active role in interrogating its own past; 1985’s Black Skin/Blue Coat exhibition marked the beginning of a trend which would see the arts centre hosting a series of exhibitions from contemporary artists which engaged with questions of race and the legacies of empire.

The first panel had a close focus on slavery and Liverpool. Sophie Jones (University of Liverpool) conducted a forensic investigation into the financial accounts of the Bluecoat school, using the school’s financial ledger to uncover who paid for the construction of the building and supported its earliest years. Her research found that at least 65% of the school’s most regular supporters were connected to the slave trade, either through the sale of slave-produced goods, the transportation of enslaved persons, or a combination of the two. Laurence Westgaph (University of Liverpool) then demonstrated that it was not simply the profits of slavery that came into the city, but also a human presence. Using parish records and newspaper advertisements, he explored the evidence of a black population (both free and unfree) in Liverpool since 1717, challenging enduring misconceptions that Liverpool was not a destination for slaves.

Proceeding into the second panel of the day, the discussion turned to Sweet Tooth: an interpretive performance by Elaine Mitchener (premiered at Bluecoat on Thursday 23 November) that focuses on the trauma of slavery; in particular, Jamaican sugar production. In discussion with Christer Petley (University of Southampton), Mitchener described the research and development process of Sweet Tooth. Mitchener and Petley outlined the interdisciplinary nature of the performance, in particular the way it draws upon the records of Jamaica planter Simon Taylor. Sonya Dyer (Middlesex University) broadened the parameters of the discussion, using contemporary artistic exhibitions to explore the ways in which sugar is still linked to women’s bodies; whether by descriptors for skin tone (honey, chocolate) or through ‘cane rows’ worn in Jamaican women’s hair. As such, she put forward the idea that black women’s bodies continue to be depicted as consumable, edible and exploitable. 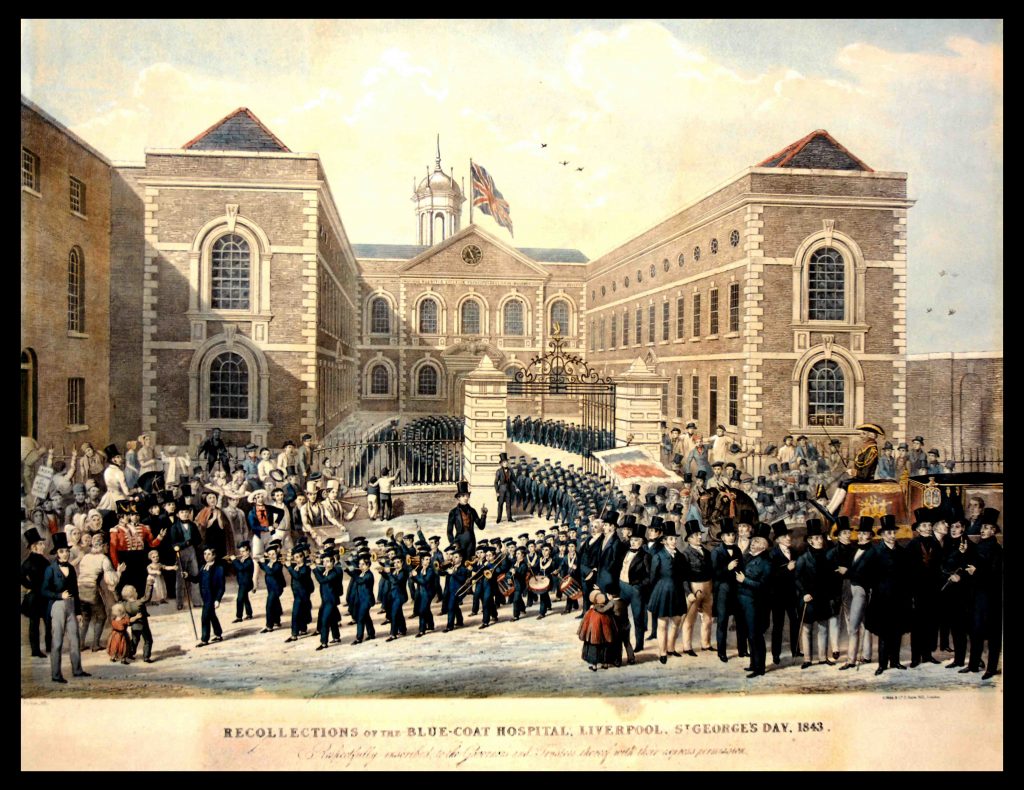 The keynote talk was delivered by Professor Catherine Hall (University College London). Professor Hall drew on Freudian psychoanalysis to diagnose a sense of ‘disavowal’ in British writing. Taking the example of Jamaican planter Edward Long, she traced how he could simultaneously know and not know the horrors of slavery on which his wealth relied. This ‘blind eye’ operates at an individual as well as an institutional level, and contemporary British society continues to disavow the nation’s past, including important legacies of slavery regarding race. Reflecting on efforts to reshape public memory as a method of reparation, Hall argued that more could (and should) be done in Britain. In particular, she called for increased focus on Britain’s role in plantation slavery and the benefits which it received from it; for instance, by tracing the material legacies of slavery within the UK.

Moving into the afternoon, the discussion turned to art and material histories of slavery. Focusing upon the work of François Piquet and Jeannette Ehlers – both of whom are currently on display in ISM’s Ink & Blood exhibition – Fabienne Viala (University of Warwick) explored how contemporary Caribbean artists have interrogated issues of race and the legacies of slavery. Alan Rice (University of Central Lancashire) introduced Lubaina Himid’s work, ‘Naming the Money’, which repositions Africans as individuals rather than collective ‘victims’. Deliberately depicting her African figures in bold, exuberant colours, Himid provides each of them with names and short biographies, enabling visitors to engage with their stories. Himid has recently been awarded the Turner Prize for her work. Isobel Elstob (Birbeck, University of London) introduced the works of Kara Walker. While Walker has invoked criticism for the apparent simplicity of her work, Elstob demonstrated how Walker’s depth of historiographical knowledge informs her collages and that her deliberate adoption of the technique draws continuities between the past and present.

The fourth panel focused upon reparative histories. Anita Rupprecht (University of Brighton) introduced the story of the illegal French slave ship ‘le Rodeur’. After the slaves and crew were blinded in 1819 by an infectious eye disease, Rupprecht demonstrated how ‘le Rodeur’ unintentionally became embroiled within the anti-slavery debate. In another example of the relationship between the academy and art, the case of ‘le Rodeur’ formed the inspiration for Lubaina Himid’s work of the same name. Alex Robinson and Florence McCudden (University of Liverpool) introduced an ongoing project which explores country houses within the North West of England. Many of these properties have strong links to slavery, usually through their founders, yet these institutions demonstrate the disavowal to which Professor Hall refers, as they rarely engage with their slavery pasts. Country houses form an important symbol of British citizenship and nationality; by ignoring unsavoury aspects of their history, it follows that particular groups are excluded from the ideas of Britishness that such properties project. Anelise Shrout (California State University) introduced an eighteenth-century Alabama plantation, where enslaved people raised money for the Irish famine, to demonstrate that blacks could also be philanthropists. While the planter had initially suggested that enslaved persons could miss one meal per day to support the cause, Shrout outlined how they opted instead to raise cash, thus using their philanthropy as a form of resistance. 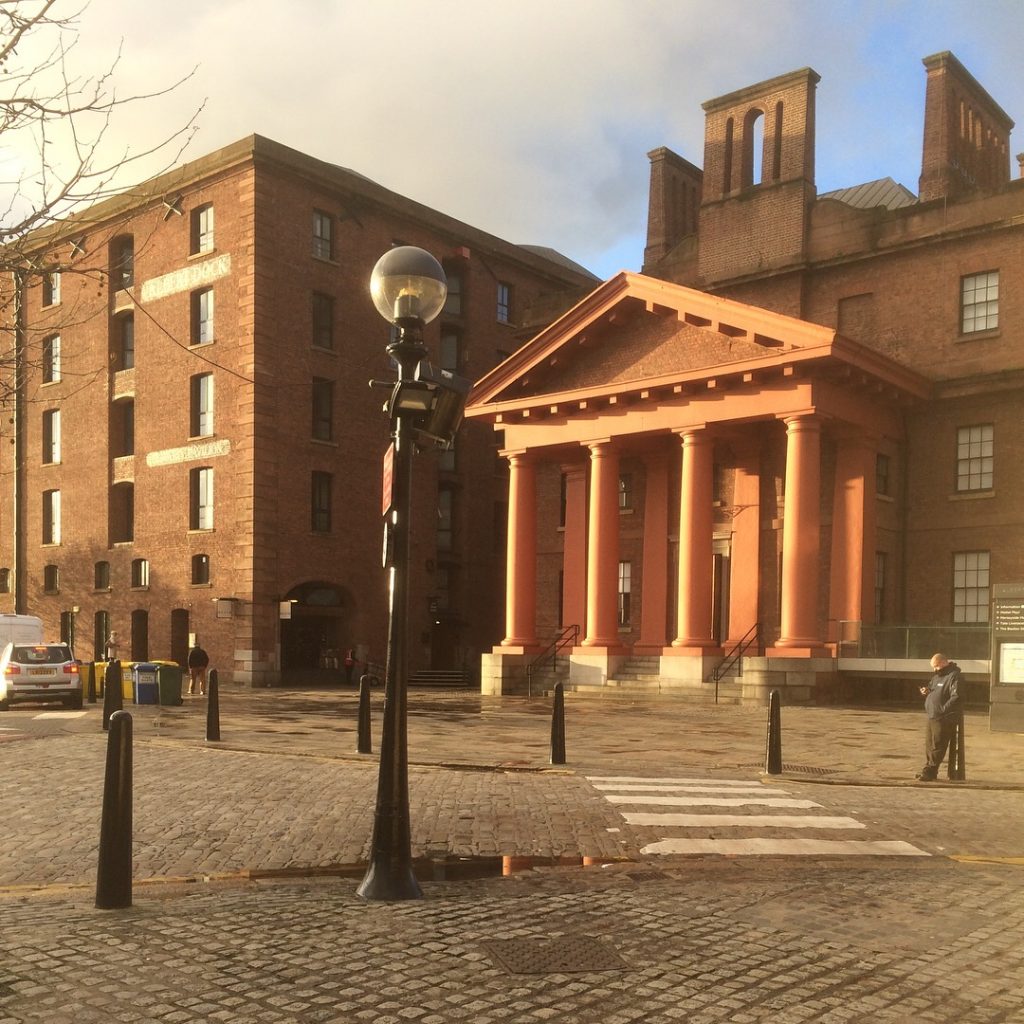 The final panel of the day concluded with a discussion of philanthropic exchanges. Kate Hodgson (University of Cork) traced the legacies of slave ownership in Nantes, both physical and demographic. She introduced the communities of Irish salt merchants, who established themselves in France in order to participate in the export trade of slave rations to St Domingue. Meanwhile, new buildings and institutions were funded by compensation money paid by Haiti to the French government following the Haitian Revolution. Citing the examples of Codrington Library (All Souls College) and Bristol’s Edward Colston (a celebrated philanthropist but also a slave trader), Katie Donington (University of Nottingham) raised the wider question of how we can ensure that philanthropic legacies reflect their links to slavery. To conclude the discussion, Gregory Wiker (University of Rochester) explored ideas of imperial philanthropy in post-abolition Bermuda. Wiker outlined the role of British officials – and, later, charitable institutions – in providing access to education for black Bermudians following emancipation.

The conversation continued into the following day, as Bluecoat hosted a day of public events. These included talks, a walking tour of Liverpool, and guided tours of exhibitions at both Bluecoat (In the Peaceful Dome) and the International Slavery Museum (Ink & Blood) by their curators. Drawing upon contemporary art, film, history and the physical legacies of slavery (which remain prominent within Liverpool’s architecture and public spaces), these events allowed members of the public to consider the broader connections between Liverpool, Bluecoat and the Black Atlantic and to consider their importance for the present day. By facilitating public engagement with the material legacies of slavery within the port city, the hope is that such discussions will form an important step in overcoming the ‘disavowal’ to which Professor Hall refers.

Sophie Jones is a PhD candidate in History at the University of Liverpool, where she is a member of the Eighteenth-Century Worlds Research Centre. Her doctoral research focuses on eighteenth-century New York and the development of loyalism during the American Revolution. Her interest in the history of the Bluecoat is the result of a collaborative project between Bluecoat and the University of Liverpool completed in 2015, which looked at the origins of the charity school in eighteenth-century Liverpool.
View all posts by Sophie Jones →
Tagged  Bluecoat, International Slavery Museum, Liverpool, Philanthropy, Slavery, Transatlantic Slave Trade.
Bookmark the permalink.