Charged with social awareness and style, Spike Lee’s 1989 film, Do the Right Thing is nothing less than a street ballet.  It fuses music with the body, giving characters idiosyncratic and physically charged expression to their narrative arcs.  They shuffle, strut, stride, and twitch their way through the world, with changes in bodily (and musical) expression coming to signify much larger attitudinal shifts.  These changes are important – they help the film to antagonise its audience, shining an uncompromising light upon the hidden subtexts of modernised racism, degradation, and white supremacy.  Lee’s camera in this film is simultaneously a mirror and a window.  It reflects back its audience’s own prejudicial or submissive attitudes, whilst acting as a window into a distant, yet familiar world.  This world might feel relatable; it might hum with life but deep racial tensions simmer just below the surface.  The film utterly refuses to ignore paternalism and other forms of white supremacy.  Instead, it reacts to them furiously, pointing righteously at the injustices that a racialised system produces.  It was provoked into existence – and so it provokes in return.[1]

Despite being twenty five years old, Do the Right Thing is no artefact.  It is a community portrait, a day in the life of a predominantly African American neighbourhood and the ways in which racial inequity feeds and fuels the lived experience. It is also an investigation into slavery’s long tail and the enduring legacy of Reconstruction’s failures.  Life in the neighbourhood is shaped by systemic inequality, the mechanisms of which mirror those of the late nineteenth century. The film’s characters are unable to escape the shadow of America’s racial hierarchy, experiencing wage denial, the inability to express agency, and submission.[2]  This is not a racially segregated community – the only fire hydrants opened in the film are those turned on by the local (Black) residents.  The water they release eases the repressive heat, a counterpoint to Bull Connor’s historic abuses.  Black and white exist side-by-side in a thoroughly northern –and urban– context, but it is Lee’s determination to politicise the integrated, but unequal, space which gives the movie its enduring depth.  In 1989, under the shadow cast by Tawana Brawley, whose accusations of sexual assault exposed just how deep racial divisions in the country continued to be, Lee’s film was relevant.[3]  As of 2016, under the shadow of Ferguson, Missouri and its fallout, Lee’s reflections, commentaries, and core arguments remain at least as applicable.

Saturated in colour and set to Public Enemy’s ‘Fight the Power’, Lee emphasises form alongside intellectual substance.[4]  Sal’s Famous Pizzeria, the pivot around which the film’s racial tensions ultimately revolve and explode, is an unlikely focal point for the narrative.  But it is also a successful one thanks to the way in which its Italian-American proprietors help Lee to problematise the idea of whiteness.  Few characters in the film are the unqualified beneficiaries of the power structure Lee is so keen to attack.  Sal’s family has struggled and worked hard – difficulties which are reflected in the titular owner’s pride in his work.  Sal also takes pride in his place in the community, and in his African American clientele. 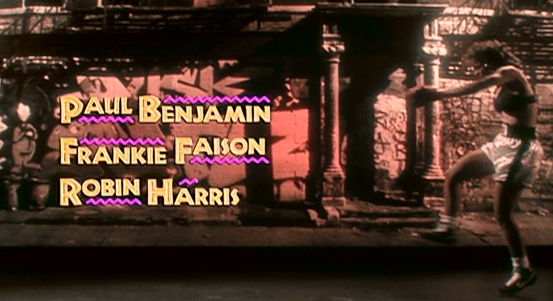 Figure 1 – The iconography of the street is set to the recurring reframe of Public Enemy’s ‘Fight the Power’ at the very start of the film, marrying music, form, and body from the outset. Film still, ‘Do the Right Thing’, directed by Spike Lee (1989; Universal City, CA: Universal Studios, 2001), DVD.

But for all the depth added by that problematising process, Lee never loses sight of an ultimate thesis perfectly summarised in the final conversation between the protagonist, Mookie (played by Lee), and Sal in front of the latter’s freshly burnt-out pizzeria.  Throughout the film Sal had held back Mookie’s wages, a gentle misuse of his employee which underlined the power-play at the heart of the film.[5]  Indeed, reflections upon the nature of power are central throughout – who has the power to withhold money; who has the power to reject money; who has the power to deny agency or expression; and, ultimately, who has power over the Pizzeria, its proud owners or the African American customers who make it viable?  In asking these questions, Lee problematises the very notion of private property in the context of Black history, a logical attack upon the very economic ideology which allowed for the largest forced migration in human history.  Furthering thoughts of genocide and white complicity, the Italian roots of Sal and his family hint at Columbus.

Sal and his sons are not always relatable but they cling to thoroughly normalised and institutionalised ideas of property; and so they become uncomfortable proxies for much of the audience.  Mookie’s eventual rebellion against his employer leads to an attack not only against the fictional eatery, but the accepted notions which have facilitated so many genocides in American history.  Sal’s notion of private property is not unreasonable – but nor is it defensible when the importance (and power) of his customers is demonstrated in the film’s final act.  He might own the deed to the property but the pizzeria is a shared space which can exist (alongside Sal’s identity as the ‘boss’) only because of the custom and the implied consent of the local community; Columbus at the mercy of his victims. 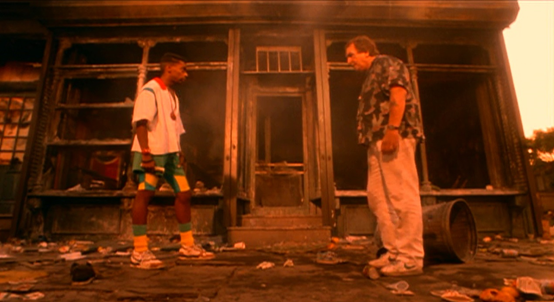 Figure 2 – Doing the right thing, Mookie stands in front of his wrecked place of employment. His submissive body language has been replaced by a quiet confidence. Defiance in the face of paternalism and enduring forms of white supremacy. Film still, ‘Do the Right Thing’, directed by Spike Lee (1989; Universal City, CA: Universal Studios, 2001), DVD.

As Mookie and Sal’s final conversation reveals, the core issue is one of power. This is not ‘power’ which manifests itself in an obvious way, but subtle forms of inequality which perpetuate historical patterns of abuse and exploitation.  Sal, for all of his bluster, clearly enjoys the company of his clientele.  He shows that he has feelings for Mookie’s sister –whom he treats with significant amounts of respect and affection– and boasts that the local community ‘grew up on my food.  On my food’.  Paternalism, pride, affection, and superiority mix within the character.  When he tells Mookie ‘you’ve always been like a son to me’ he shows honest affection; but he simultaneously recreates the structure of the plantation.  Mookie might have been like a son to him, but it is only to his biological (and white) progeny that he promises his legacy.  When he faces Mookie at the end of the film, framed by the burned out shell of his pizzeria, he again conjures the ghost of Reconstruction.  Having previously refused Mookie’s demands for his wages, he boasts that his outstanding debt ‘couldn’t begin to pay for the window you broke’. Whilst Sal’s paternalism is generally affectionate, his final attempt to deny Mookie his wages drives the sub-textual attitudes of his character into the open. Facing a defiant and empowered Mookie, Sal attempts to overpay.  Mookie, for his part, refuses the extra money, a stand which appears to soften his (former) employer’s anger.  Indeed, as the pair engages in an increasingly ridiculous, and harmless, back and forth over which of them should take the money, Sal finally appears to recognise Mookie as an equal.  Doing the right thing, Lee tells his audience, equates to respect.[6] 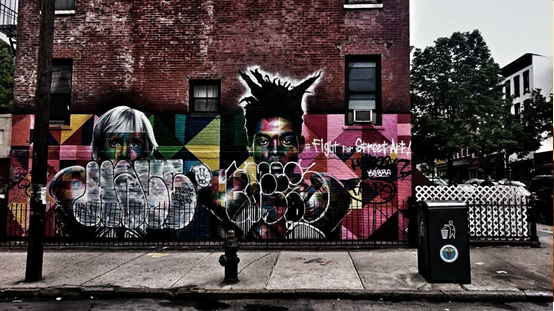 Figure 3 – As of 2016, Brooklyn, where the film is set, continues to reflect the urban landscape depicted in Lee’s film. Now, however, the gentrification process (with its racial undertones) which Lee identified in 1989 has advanced much further. (Credit: Darren Reid).

In 1989, Lee’s attempt to expose the subtle shape of racism in the north was framed by hip-hop’s increasing rejection of the power relationships which allowed white supremacy to thrive in the region.  But it was the events that followed the film’s release that have served to underline the depth of its commentary and the quality of its insight.  From Rodney King to Ferguson, Missouri, power imbalances between ethnic groups have been highlighted with inescapable frequency.  Lee’s film argues that modern racism is less about Black suppression than it is white empowerment, a key theme in the evolving discussions post-Ferguson America increasingly has to face.[7]  That Do the Right Thing continues to be relevant is a testament to the quality of its original thesis.  It explores the ways in which centuries-old power structures adapt to a modern context which increasingly rejects obvious, perhaps even conscious, forms of racial thinking.  Instead, it describes the mechanisms and politics of nuanced racial hierarchies and power imbalances hidden behind paternalism and fondness, but ultimately founded upon assumed inequality.  The continual relevance of Lee’s film in the era of ‘Black Lives Matter’ is a testament to the quality of the original work, but also the resilience (and endurance) of the racialised power system which the film identifies, explores, and, ultimately, challenges.

[2] For a discussion on the quality of Lee’s realisation of his Brooklyn based characters see Barry Michael Cooper, foreword to Do the Right Thing: A Spike Lee Joint (New York: Simon and Schuster, 1989), pp. 13-18

[7] For examples of the way in which racialised power politics have been brought into the public discourse by events in Ferguson, see Ralph Ellis and Eliott C. McLaughlin ‘Police have a “Power Trip Problem,” Ferguson Residents Say’ CNN, August 21st, 2014: http://edition.cnn.com/2014/08/20/justice/ferguson-residents-police-history/ and Taylor Wofford ’15 Most Outrageous Examples of Police Misconduct in the DOJ Report on Ferguson’ Newsweek, March 4th, 2015: http://europe.newsweek.com/15-most-outrageous-examples-police-misconduct-department-justice-report-311434

Darren Reid's core research has been concerned with the role played by violence in the shaping of early American society and its role in the creation of Native American ‘Otherness’. Darren is currently in the process of turning his PhD thesis into a monograph for publication. His secondary research concerns the evolution of American popular culture and he has recently co-directed 'Looking for Charlie', a documentary about Charlie Chaplin, Buster Keaton & the suicidal clowns who inspired them.
View all posts by Darren Reid →
Tagged  African American Culture, Black History, C20, Cultural History, Media.
Bookmark the permalink.