This blog series focused on American women writers, a partnership between The Society for the Study of American Women Writers and U.S. Studies Online, explores the field through several lenses that range from recovery to religion and from war to transnationalism. By no means comprehensive in scope, this series of nine posts by SSAWW members offers snapshots into the field and its on-going conversations. Ana Stevenson, author of the third post in the series, focuses on the lesser-known author and activist Lillie Devereux Blake to introduce her life and work as an exemplary, albeit largely forgotten, nineteenth-century reformer.

We are tired of the pretence that we have special privileges and the reality that we have none; of the fiction that we are queens, and the fact that we are subjects; of the symbolism which exalts our sex but is only a meaningless mockery.

The intersection between women’s fictions and women’s realities were of lasting interest to Lillie Devereux Blake (1833-1913) (see Figure 1). Her writing asked whether the idealisation of womanhood, alongside the disenfranchisement of women, was a direct usurpation of republican ideals. Yet, as biographer Grace Farrell emphasises, Blake’s life, writings, and leading role in the late-nineteenth-century women’s suffrage movement have largely been sidelined in American women’s history.[2] From her early years as a belle, Lillie encountered the often competing expectations for nineteenth-century American women and later explored these incongruities in her writing. Blake brought a willingness to critique the cultural veneration of womanhood to her work and activism as an author and suffragist. 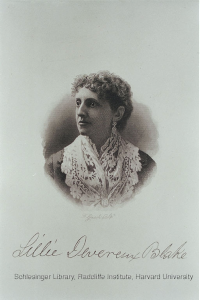 The daughter of a northern mother and southern father, Blake, née Elizabeth Johnson Devereux, was born in Raleigh, North Carolina, and grew up in New Haven, Connecticut. Educated at the Apthorp School for Young Ladies, Lillie thereafter received the best education available for a girl: private tuition from a Yale student who directed her through the institution’s undergraduate curriculum. A belle of New Haven society, the young Lillie was flirtatious and had many beaux. “I may mention that within two months I had five offers of marriage,” Lillie said. During 1854, however, a former admirer publicly slandered her character. While the veracity of the slur was unclear, the youth was subsequently expelled from Yale. Lillie more than likely toyed with the emotions of her many suitors, yet her privileged background meant she experienced the full force of the restrictions surrounding young women’s sexuality.[3]

Following this scandal, Lillie married Frank Umstead in 1855. The couple had two children, Elizabeth and Katherine, but theirs was a tumultuous marriage. Umsted’s untimely and inconclusive death (potentially suicide) sent Lillie into financial duress by 1859. Lillie received numerous marriage proposals in the wake of this tragedy because of the assumption that remarriage was the solution for insolvent widows. Instead, Lillie – like Fanny Fern and E.D.E.N. Southworth – was determined to support herself and so began writing short stories and novels.[4] Able to build on previous experience as a contributor to newspaper such as Harper’s Weekly, her early works included Southwold: A Novel (1859) and Rockford; or, Sunshine and Storm (1863). Later, she also worked as a Civil War correspondent for multiple publications, including the New York Evening Post, the New York World, the Philadelphia Press, and Forney’s War Press.

These early novels were influenced by the sentimental literature of the era, but they also challenged the literary conventions with which this genre was associated. Echoing Laura Curtis Bullard’s Christine; or Woman’s Trials and Triumphs (1856) and Frances Ellen Watkins Harper’s “The Two Offers” (1858), Southwold and Rockford demonstrate the consequences of ill-suited marriages. In addition, these novels featured a plethora of complex female protagonists and experimented with challenging heroines. Medora, Southwold’s defiant heroine, explicitly embarks upon securing a lucrative marriage when faced with destitution. Zella Dangerfield, a character in a later novel, Forced Vows; or, A Revengeful Woman’s Fate (1870), had “an American girl’s independent spirit”; in demonstrating that “coercion was not for her,” however, Zella was perfectly happy coercing others.[5] Personally, Lillie believed marriage should be “an equal partnership with no thought of mastership on either side,” and she found this with second husband Grinfill Blake, whom she married in 1866.[6] Blake’s growing literary focus on marriage and women’s rights, and the fertile storytelling these themes provided, belied her developing interest in women’s suffrage.

In 1863, an anonymous article entitled “The Social Condition of Woman,” which Farrell attributes to Blake, appeared in the New York literary magazine, The Knickerbocker. “Women, men seem to say, were born to be the subjects of us, lords of creation,” Blake asserted. This denunciation of the way American democracy failed women was informed by a critique of domesticity, fashion, and politics, as well as the discussion of physical exercise and mental health. Blake asked, “Is not this exclusion of one half of our population from all public places evidently a mere arbitrary act of oppression on the part of those holding the power?”[7] The many reformers who championed women’s rights, temperance, dress reform, and health reform already problematized these issues. Blake’s anonymous article revealed the degree to which she had imbibed the perspective of a reformer, even though she was not yet explicitly committed to a cause.

When Blake began her official connection with the National Woman Suffrage Association in 1869, her writing became even more closely associated with her activism. Blake contributed to Elizabeth Cady Stanton and Susan B. Anthony’s (see Figure 2) The Revolution, a radical women’s suffrage publication. Her 1869 article, “‘Women Do Not Want to Vote’,” rejected this commonly cited anti-suffrage argument. Blake demonstrated a growing commitment not only to women’s suffrage, but also to women’s education, working women, equal wages for equal work, and the repeal of capital punishment. Alongside many other suffragists, Blake was a signatory to the Centennial Woman’s Declaration of Rights in 1876. As a lyceum circuit suffrage orator and contributor to other newspapers such as the Free Press, the Evening Mail, and the Society Journal, Blake continued to support her family financially.[8] 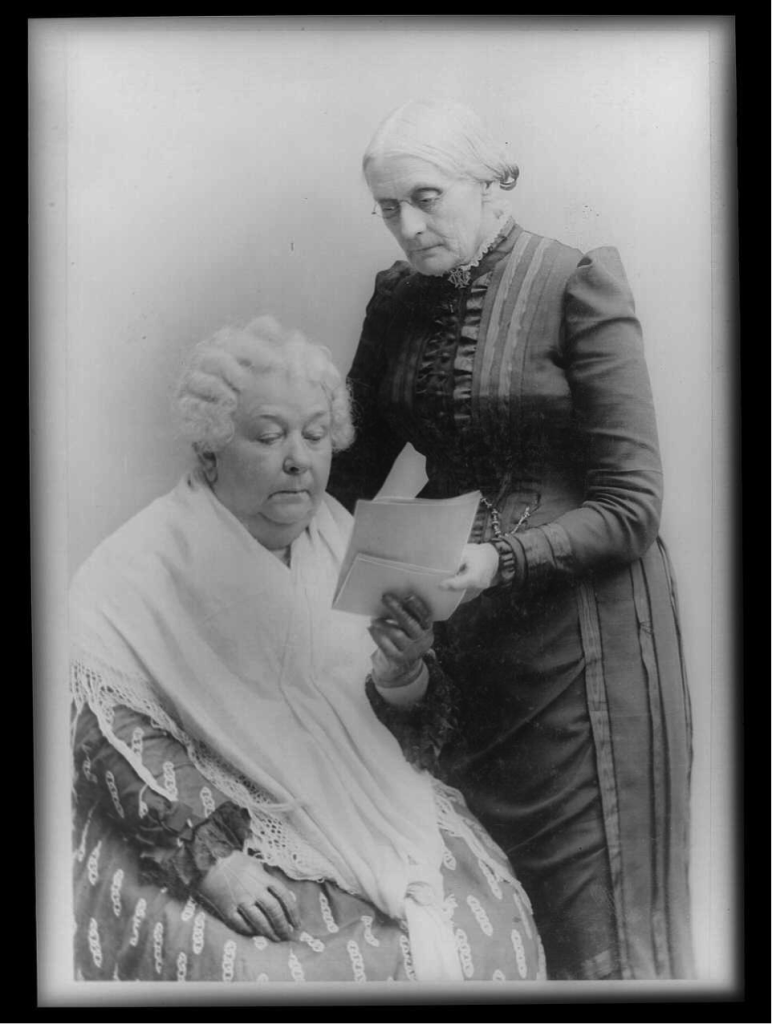 Her novel, Fettered for Life; or, Lord and Master (1874) (see Figure 3), became a portrait of the various women’s rights concerns of the day. Blake again presented strong female protagonists amongst a cast of complex characters. Laura Stanley and Frank Heywood, moreover, were uncompromising suffragists who supported the women around them. The novel also brought life to the reform theories of Blake’s contemporaries: one character demonstrated the safety Stanton attributed to the female cross-dresser in an 1868 article in The Revolution; and another embodied the empowerment Caroline Wells Healy Dall saw in women’s employment. The novel attempted an intersectional approach by describing the different oppressions experienced by women across the social strata, but this did not fully extend to race.[9] A thematic return to marriage enabled Blake to demonstrate the way “tyrannical” husbands exploited their position as “lord and master.” 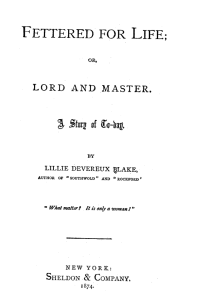 Figure 3: Books. Fettered for Life; or, Lord and Master (1874). Image courtesy of Making of America (Books), University of Michigan.

Blake also made important contributions to women’s suffrage, women’s rights, and women’s education in New York City. Together with Matilda Joslyn Gage, Blake established the New York State Woman Suffrage Association and served as president between 1879 and 1890. Woman’s Place To-Day (1883), a collection of women’s rights writings which challenged the Lenten lectures of New York clergyman Dr. Morgan Dix, based its argument in women’s history. “So we find men in all ages gladly accepting any reason,” Blake concluded, “that will enforce their authority over women.” Her ongoing for women’s education contributed the foundation of Barnard College in New York City during 1889. Following support in her mother’s footsteps, Katherine Devereux Blake became president of New York’s Lillie Devereux Blake School, which opened in 1894. During the 1890s, Blake wrote a column for the suffrage publication The Woman’s Journal, entitled “Our New York Letter.”[10] By 1894, the New York suffrage movement she had helped to invigorate featured in Frank Leslie’s Illustrated Weekly (see Figure 4).

In her later years, Blake’s commitment to writing and reform coalesced as she articulated her hopes for the future. An 1886 speech entitled “A Divided Republic: An Allegory of the Future” was later published in Blake’s literary collection, A Daring Experiment and Other Stories (1892). Julia Ward Howe and Abba Gould Woolson also used utopian allegory to condemn fashion, as did Charlotte Perkins Gilman’s critique of domesticity in “The Yellow Wallpaper” (1892). Blake’s literary allegory emphasised the urgency surrounding women’s rights by imagining the deterioration of the nation should women continue to be deprived of the ballot. The future women of America may be educated and civically engaged, but Blake also imagined seeing taxes skyrocket and drunkenness become widespread. In short, Blake viewed the enfranchised women of Wyoming alone as being free. Only when men secured equal pay for equal work and a truly universal suffrage was realised could Blake’s “divided States, now reunited,” create “a Republic where all the people were in reality free.”[11]

When Katherine Blake wrote the biography, Champion of Women: The Life of Lillie Devereux Blake (1943), her mother was already sidelined from the history of the nineteenth-century women’s movement.[12] And yet, Blake found her influences in some of the most prominent women reformers of the nineteenth century, many of whom she worked alongside. Blake’s writings were at once a product of the literary traditions of her time and the outgrowth of distinctively personal experiences. From bellehood, to her advocacy of books and the ballot, Blake embodied the multifaceted complexity and of a nineteenth-century woman reformer. 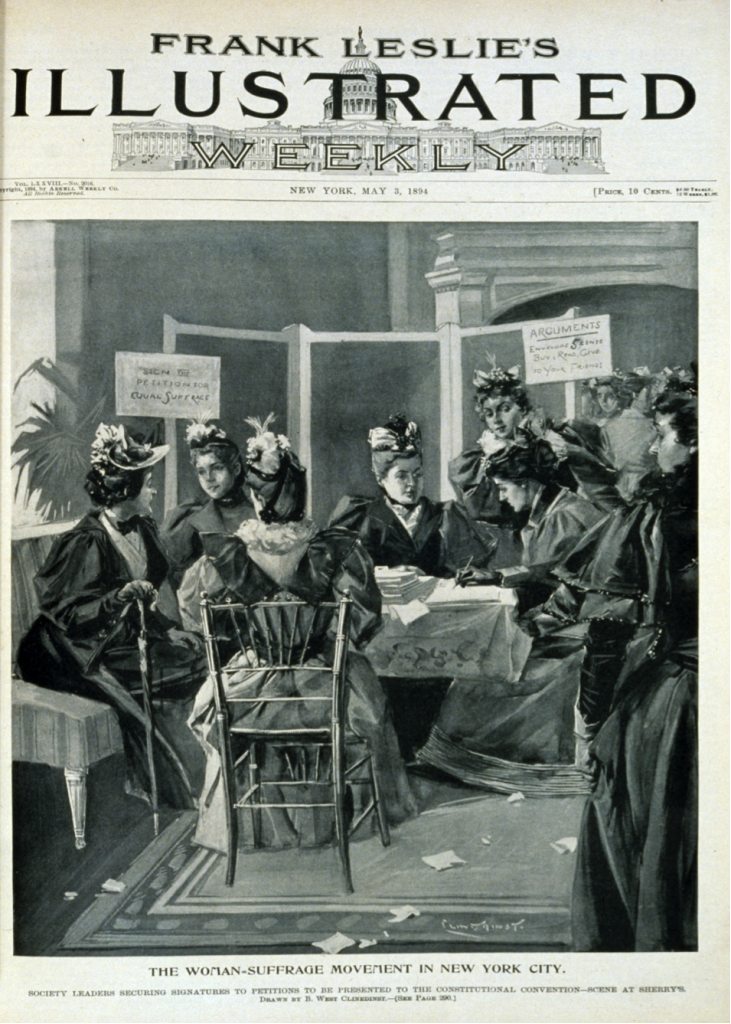 Figure 4: Ballot. “The Woman-Suffrage Movement in New York City society leaders securing signatures to petitions to be presented to the constitutional convention.” Image courtesy of the Library of Congress.

Rosenberg, Rosalind. Changing the Subject: How the Women of Columbia Shaped the Way We Think About Sex and Politics. New York: Columbia University Press, 2004. Chapter 1: “The Battle Over Co-Education.”

Lillie Devereux Blake in the Archives

Ana Stevenson is a Postdoctoral Research Fellow in the International Studies Group at the University of the Free State, South Africa. Her research interests include women’s history, transnational women’s suffrage, and the development of feminist rhetoric in social movements. Between 2014 and 2015, she was a Visiting Scholar in the Gender, Sexuality, and Women’s Studies Program at the University of Pittsburgh. Ana is part of the Lilith Editorial Collective, which produces the Australian Women’s History Network’s Lilith: A Feminist History Journal.
View all posts by Ana Stevenson →
Tagged  C19, Gender and Sexuality, Women's Writing.
Bookmark the permalink.