‘We Hold These Truths to Be Self-Evident’: Post-Truth & American Myths, BAAS/CHASE Postgraduate Conference, University of Essex, 25-26 November 2017 – Day One 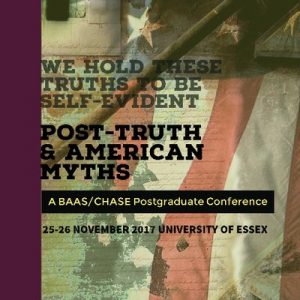 Building on previous collaborative postgraduate conferences, this year’s BAAS PG event was held in conjunction with the Consortium for the Humanities and the Arts South-East England (CHASE), who generously sponsored a series of training and development workshops which took place on the second day of the event. The programme of sessions was designed to help PGR and ECR attendees appreciate the value of ‘networks, collaboration and friendship’, as well as thinking about obstacles they may face during their early years in academia. On the whole, the day was relaxed and friendly, with delegates having ample time to chat and learn about each other’s research.

After a generous spread of breakfast pastries and coffee the workshops kicked off with a roundtable titled: ‘Networks, Collaborations, Friendships: Beyond the dread of the buzzword’, where four invited speakers shared their personal experiences and insights into the value of academic ‘networking’. Dr Rachel Williams (University of Hull and ECR Rep for BAAS) spoke of the importance of developing your academic networks organically, and not adopting a ‘Pokémon mentality’ of trying to ‘collect’ certain individuals. This was echoed by Dr Matt Lodder (University of Essex) who said that first and foremost, networking should be about meeting people you find interesting, and who are interested in you and your work. He recommended joining formal networks such as your subject’s association early in your career, and actively becoming involved in these organisations. Williams also spoke about the role of networks in providing solidarity for ECRs during what can be an otherwise isolating time. Dr Kaeten Mistry (University of East Anglia) discussed the importance of having a network comprised of people from a range of backgrounds and at various stages of their career. He also said that ‘being yourself’ was key to laying the foundation for genuine relationships. The final speaker, Dr Denise deCaires Narain (University of Sussex and CHASE DTP Director) also outlined the importance of diversity, and the value of connecting our academic research to the social and cultural world we live in. 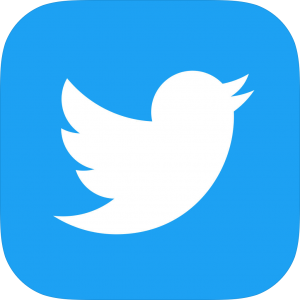 Interestingly, the value of social media, particularly Twitter, was debated among panellists. While Lodder said his Twitter presence had been ‘fundamentally useful’ to developing his networks, Mistry stressed that Twitter is by no means essential to network successfully. In fact, he noted that meeting new people in person, where possible, is one of the best ways to build meaningful relationships. Narain also felt social media was beneficial in some disciplines, but was by no means essential to networking. Williams rightly highlighted the potential pitfalls of Twitter, namely the risks involved in ‘oversharing’ online, and the performative nature of social media contributing to the idea that people should be constantly working. The session wrapped up with a lively Q&A, which drew out some of these key issues and reinforced the idea that ‘networking’ shouldn’t feel like a dreaded corporate buzzword.

After a break for lunch it was time for delegates to put their newfound appreciation of networking to the test, as the second session of the day was ‘PGR/ECR Speed Dating’. Attendees were paired up and given five minutes to pitch their academic interests to each other, before being introduced to a new partner. This was a great way to meet new people, often from very different disciplines and backgrounds, and an excellent way for PGRs to practice articulating their research projects to non-specialist listeners. Afterwards, participants were encouraged to exchange contact details, underscoring the collaborative nature of the workshop. 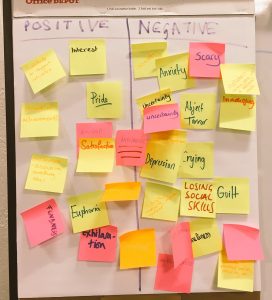 The final session of the day was titled ‘One Size Doesn’t Fit All’, and was led by Marie-Alix Thouaille (University of East Anglia) and Rachel Williams. This open discussion focussed on the obstacles facing PGRs and ECRs, and explored possible solutions. It drew upon research conducted by Vitae and CHASE, which has been compiled into the ‘One Size Does Not Fit All’ report on PGR and ECR career trajectories. The session provoked honest and lively discussion about the academic job market, transitioning out of academia, and about the emotions associated with pursuing an academic career at all stages of the journey. The group attempted to brainstorm possible solutions to these problems, allowing attendees to highlight personal experiences and victories throughout.

On the whole, each workshop was both useful and accessible to delegates at all stages of their academic journeys. The importance of collaboration, co-operation and friendliness were apparent throughout each session, and these were valuable messages for delegates at the beginning of their academic journeys. On behalf of the attendees, I would like to thank Jessica Houlihan and Maria-Irina Popescu (both University of Essex) for organising the day, and thank CHASE for sponsoring such an enriching programme of workshops. For full details of the workshops and roundtable speakers, please visit the conference website.

Review of Protestantism and the Superpowers: Mission, Spirituality, and Prayer in the USA and USSR
Review: Seventeenth Annual Conference of the Scottish Association for the Study of America
Book review: The Royalist Revolution by Eric Nelson
Review: 'Writing Back: Subverting Dominant Narratives'
Review: Ecology, Economy, and Cultures of Resistance: Oikoi of the North American World
Review: 2015 HOTCUS Annual Conference
Review: ‘Visibility/Invisibility: Representation and Community Formation in American Studies’, Briti...
Reflection on 'Responding to Sexual Violence in Higher Education – Organisations, Initiatives, and A...