James West (University of Northumbria) opened 2018’s USSO Keynote speech with a list of Dick Gregory’s occupations: ‘activist, author, artist, conspiracy theorist, nutritionist, athlete . . . and Presidential candidate’. He went on to characterise the comedian as a kind of real-life ‘Forrest Gump’ and this light-hearted and evocative phrase not only reflected the seeming unreality of Gregory’s life and his association to major historical and political events, but also set the tone for an engaging and informative discussion. This levity was maintained throughout the keynote and was appropriate given Gregory’s own career as a comedian and the wry humour which pervaded his campaign and his response to it. Despite numerous humorous moments there was a sustained analytical engagement with the topic throughout, and what can be a difficult balance to achieve between comedy and criticism was done skilfully.

West began by sketching out the details and importance of Gregory’s campaign by highlighting the often-overlooked impact of independent candidates in deciding American elections. Citing the close results between Bush-Gore and Trump-Clinton in 2000 and 2016 respectively as examples of occasions where independents polled around five percent of the popular vote, West explained how third-party candidates often act as ‘spoilers’ in Presidential elections but that their importance is rarely acknowledged. Situating Gregory’s campaign in this lineage – particularly alongside even more successful independent Presidential candidates such as Ross Perot and George Wallace – helped emphasize to the audience how these non-traditional campaigns can be more than just publicity stunts or distractions, and how they can impact the course of American politics. 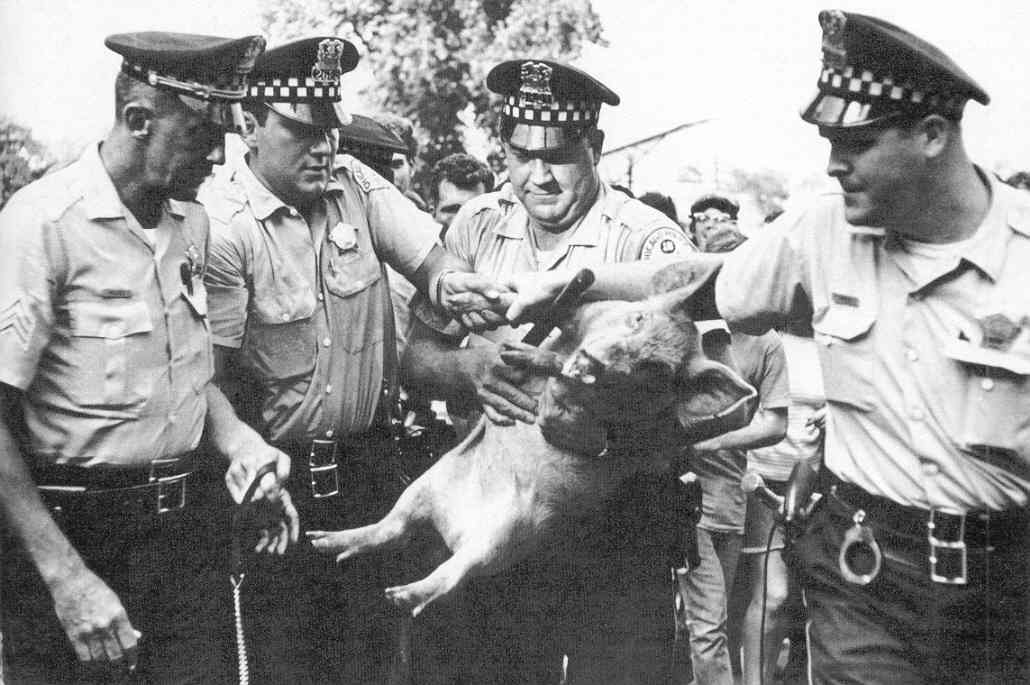 Alongside these genuine competitors to candidates from the bipartisan system, there also exists a vibrant tradition of less likely independent candidates. West highlighted these with examples such as the symbolic campaigns of Eldridge Cleaver and Charlene Mitchell, who, he suggested, was the first black woman to run for President, and the surrealism of the Youth International Party’s porcine candidate ‘Pigasus’ who was ‘arrested’ at the 1968 Democratic convention. As West himself quipped, in 1968 ‘minor party candidates weren’t even limited to one species.’ This juxtaposition provided a neat segue for the audience to consider, and for the keynote to begin to expand upon, where Gregory’s campaign fits on the spectrum of independent Presidential candidates. Was Gregory’s campaign similar to that of Mitchell’s: ultimately, and perhaps inevitably, unsuccessful but an important forerunner to later campaigns such as that of Shirley Chisolm; or more akin to the light-hearted ridiculousness of Pigasus?

Gregory’s profession as a comedian would suggest that it is likely to be the latter, but his childhood experiences of poverty in Depression-era St. Louis and experience in the armed forces reflect a more nuanced and experienced outlook and motivation. West used this autobiographical information as a foundation to discuss Gregory’s rapid rise, by the early sixties he had become, according to Stephen E. Kercher, ‘one of the most highly visible satirists and black entertainers in America’.[i] His work often contained a biting critique of racial politics, reflecting his position in the new style of ‘cerebral’ comedians, and this, coupled with his ‘self-effacing’ non-confrontational style, helped further his popularity, particularly with white liberal audiences. To emphasize this, West played a clip from one of Gregory’s routines which showed the delicate balance of critical content but smooth delivery which he employed so effectively. West’s use of materials throughout the paper were astute, using Gregory’s own words and images of him – including, in the best tradition of sixties protest, his mugshot – to evidence and underline the analysis that the audience was being guided through. 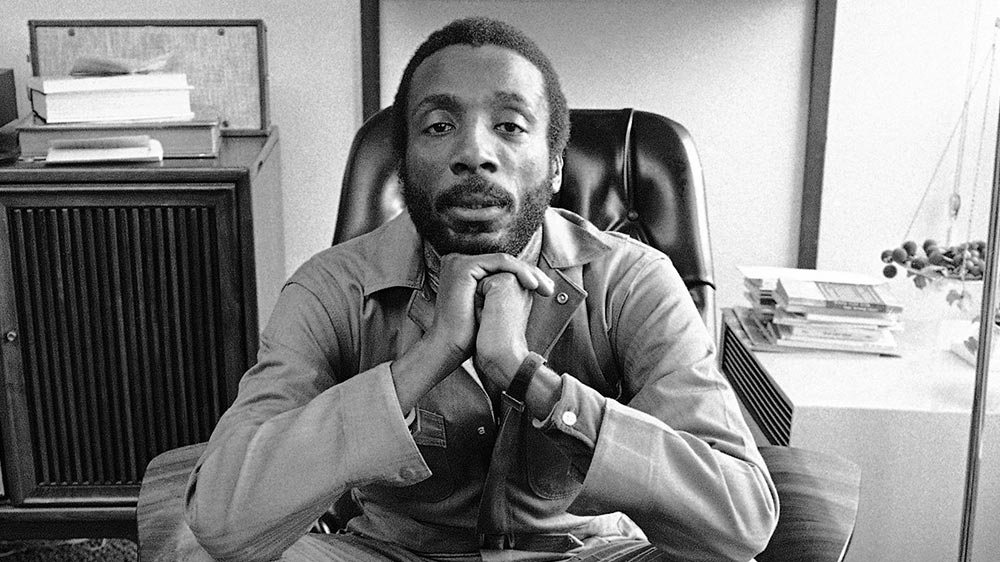 Central to this process was West’s engagement with Gregory’s book Write Me In!  (1968). As well as providing the speech’s title and reflecting Gregory’s position as a political outsider, the book acted as a manifesto of his political thoughts. West described the book as ’a mixture of serious political rhetoric and comedic interludes’, a description which reflects the two defining forces of Gregory’s life: the comedic talents which gave him a livelihood and a profession, and the political beliefs which led to his campaign. These political beliefs were strong enough for Gregory to risk his own safety and he was shot advancing on a police blockade during the Watts riots and famously flew to Mississippi to confront Sheriff Lawrence A. Rainey following the disappearance of CORE workers Andrew Goodman, Michael Schwerner and James Chaney. As a result of these kinds of actions, and his outspoken criticism of bureau chief J. Edgar Hoover, his FBI file contained thousands of pages, and, according to Washington Post investigate journalist Jack Anderson ‘could be measured by the lb.’ West recommended Emilie Raymond’s recent monograph Stars for Freedom (2015) for those who wish to read further on Gregory’s activism in the period.

Gregory’s self-styling as an outsider, someone who wanted to be a ‘statesman’ rather than a ‘politician’ was reinforced not only by his own self-promotion but also the hostile responses of established political figures. West quoted the response of the chairman of the Republican Central Committee, Charles Shipley, upon hearing of Gregory’s plans to run as an independent: ‘Any normal American should be able to find a political home in one of our two great national parties.’ The implied association between bipartisan politics, normality, and patriotism are notions which Gregory would invoke and invert on his campaign. Pertinent examples of this include his legal action to receive the things which other traditional Presidential candidates would receive such as security briefings, secret service protection, and equal media coverage. In this way, Gregory’s campaign highlighted his exclusion and othering by asking to be treated equally, or normally.

The most successful strategy by which Gregory drew attention to his campaign, West argued, was through the production and circulation of the ‘One Vote Note’, a replica dollar bill which carried his likeness in place of that of George Washington. The analysis of this image and its role in the campaign marked the highpoint of Gregory’s efforts and also, judging by the response in the rest of the day’s discussion and the post-paper questions, one of the most impactful moments within the keynote itself. Once again, Gregory’s actions garnered the attention of the FBI who investigated the notes as possible fraudulent currency. Gregory’s justification, which was accepted, that the notes could not function as real currency because nobody would ever believe that a black person could appear on a U.S. dollar bill, exemplified the political critique and ironic humour than typified his career and which came through so strongly in West’s keynote. Gregory ended what West termed his ‘curious campaign’ by declaring himself the ‘President in exile’ and holding a swearing in ceremony for himself whilst maintaining he had received in excess of one million votes, a number which was never substantiated.

West closed his paper by highlighting some of the lessons or themes which can be identified by looking at Gregory’s campaign. These include the contextual dissatisfaction with the two-party system, a notion bolstered by the nascent power of youth in the electorate and which is recapitulating itself today. Further contextualising these lessons, West linked Gregory to the two most recent occupants of the oval office: highlighting the potency of a political outsider like Trump; and emphasizing Gregory’s standing as a way marker for the black radical imagination which ultimately led to the election of Barack Obama in 2008.

Questions from attendees were diverse and included practical issues around locating and accessing source material such as classified governmental files, as well as asking the speaker to expand on Gregory’s vice-Presidential running mate, and co-conspiracy theorist, Mark Lane.  It was an open-ended question from the paper’s conclusion though which perhaps offers the most fertile ground for further research and contemplation of the importance of Dick Gregory and his 1968 Presidential campaign. ‘If Gregory dreamed of being the first black President, what does black freedom look like in a post-Obama world?’

[i] Kercher, Stephen E. Revel with a Cause: Liberal Satire in Postwar America. Chicago: The University of Chicago Press, 2006. Print. p.288

Andrew Duncan is a Midlands 4 Cities funded PhD candidate in American Studies at the University of Nottingham. He holds an MPhil in Literatures of the Americas from Trinity College Dublin and a BA in English Literature from the University of Sheffield. His PhD thesis is provisionally titled: “Dope Music: Representations of the ‘War on Drugs’ in Hip-Hop Lyricism from New York.” He is also the general editor of 49th Parallel, an interdisciplinary journal of North American studies.
View all posts by Andy Duncan →
Tagged  African American Culture, Black History, C20, Politics, Presidents, Race.
Bookmark the permalink.