As we’ve come to expect, this year’s annual BAAS conference showcased the versatility of American Studies as a scholarly field, featuring papers on subjects ranging from graphic novels and literary filth to Cold War politics and Black Freedom Studies. It also demonstrated the value of interdisciplinary research, offering a wealth of perspectives on wide-ranging themes and issues. The red thread connecting many papers and discussions was the conceptualisation of culture as the creation of meaning: the notion that culture, in its many forms, shapes our understanding of what America and ‘Americanness’ mean. 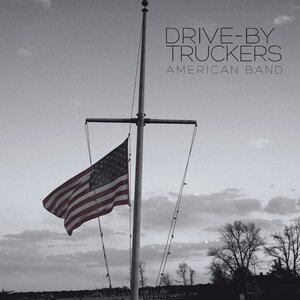 Brian Ward’s (Northumbria University) plenary address, though taking place at the end of the day, usefully contextualised and explored this idea, identifying ample opportunities for more in-depth analyses of cultural meaning construction. Ward’s lecture focused on the Southern operas of Delius, Davidson and the Drive-by Truckers, exploring how music creates and communicates ‘Southernness’. In this, he identified a range of elements which contribute to the creation of Southernness as a cultural construct, including sound and lyrics, as well as artist biographies and audience reception. Through his analysis of Southern operas, Ward demonstrated how mythmaking can perpetuate social issues such as racism and white supremacy. Yet he also identified the potential for critical reconsideration in the music of the Drive-by Truckers. On one hand, this contemporary band strongly identifies with Alabama and mimics the Southern pride found in the lyrics of bands such as Lynyrd Skynyrd. However, its 2016 album American Band sharply criticizes gun violence and racism, with ‘What It Means’ providing a powerful response to the deaths of Trayvon Martin and Michael Brown, whose killings sparked the Black Lives Matter movement. While Southern music may occasionally perpetuate the most problematic aspects of Southernness, Ward showed that it can also function as a vehicle for social criticism and political activism. 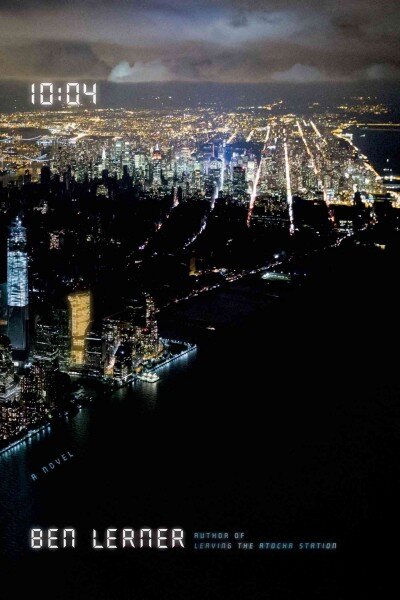 Because it constructs and reconstructs meaning, culture can both perpetuate and contest existing cultural myths. The first panel of the day explored various examples of post-9/11 fiction, focusing on how fiction can be used to work through and understand complex socio-political developments, as well as critically interrogate myths and their role in the construction and maintenance of social boundaries. Hamilton Carroll (University of Leeds) traced how Ben Lerner’s novel 10:04 (2014) connects the literary and the visual to offer opportunities for narrative reflection. The novel’s visual elements do not merely serve illustrative purposes, but function as an active counterpart to the text, disrupting narrative continuity and inviting critical considerations of the role of space and time in representation. Maria-Irina Popescu’s (University of Essex) talk explored the connection between fiction and extra-textual context in more detail, combining a reading of Pearl Abraham’s American Taliban (2010) with an analysis of media coverage of the John Walker Lindt case, on which Abraham’s novel is based. Popescu highlighted how the concept of the ‘terrorist’ is a cultural construction which maintains the conceptual boundaries of ‘Americanness’ while also problematically justifying state violence. Finally, Chris Clark (University of East Anglia) explored how Guantánamo Bay can be read as an extension of American ideology, using Mohamedou Slahi’s Guantánamo Diary (2015) as a case study. Clark’s paper focused specifically on how sexualised state violence queers prisoners and maintains the problematic distinction between racialised Others and a unified America. All three speakers showed how analysing post-9/11 narratives not only highlights how these texts reflect their social context, but also serves as a starting point for the critical dissection of the myths and ideologies these texts depict. Texts such as 10:04, American Taliban and Guantánamo Diary problematise simplistic definitions of Americanness, terrorism and the Other, inviting a more nuanced and transnational view of the post-9/11 socio-political landscape.

The ‘Contemporary Film Western’ panel explored how culture crosses boundaries and produces meaning from a different angle, by focusing on (the obsoleteness of) the Western film as a genre. The Western, all speakers demonstrated, is less about Clint Eastwood on a horse and more about the active creation of American myths such as the frontier, masculinity, and exceptionalism. M. Elise Marubbio (Augsburg College) analysed how The Revenant (2015) functions as a revisionist Western which partially dismantles the stereotype of the ‘ghostly Indian’ and replaces it with a more nuanced representation of Native Americans. Matthew Carter (Manchester Metropolitan University) explored the Western as a hybrid and transnational type of film, using his analysis of Mad Max: Fury Road (2015) to highlight the Western’s potential to create multitudes, contest violent masculinity, and visualise feminist representations of womanhood. Marek Paryz’s (University of Warsaw) analysis of the American saviour trope, finally, showed how common elements of the traditional Western are interpreted and represented differently in an international framework. While all speakers highlighted how the Western specifically, and culture more generally, can be represented in many different ways on the production side, the same is true for reception and cultural consumption. Culture is not the monolithic broadcasting of pre-determined ideologies, but a dialogue between a variety of participants which constructs meaning from many different perspectives.

Due to the size of the BAAS conference, which featured 18 panels on the first day alone, this review can only offer a snapshot of the many perspectives and ideas its participants had to offer. While the programme jokingly suggested ‘Trump group therapy’ as a potential feature of the conference, a more serious assessment of the value of American Studies research suggests that multidimensionality and critical interrogation of cultural myths are more important than ever, given the current political climate in the US. The conference demonstrated the value of transnational and transcultural perspectives which do not uncritically accept a limited definition of ‘Americanness’, and instead acknowledge, explore and celebrate the crossing of borders through interdisciplinarity. With BAAS joining forces with the European Association for American Studies for the first EBAAS conference, to take place in London next year, the future of the field surely looks exciting. For the present, this year’s conference has highlighted the importance of engagement and connection, and provided many excellent examples as to how this can be achieved.

Coco d’Hont is the author of Extreme States: The Evolution of American Transgressive Fiction 1960-2000 (Routledge/Taylor & Francis 2019). She has contributed to the Palgrave Handbook to Horror Literature (Palgrave Macmillan 2018) and her study of Marilyn Manson was published in the European Journal of American Studies in 2017. She tweets as @cococatani.
View all posts by Coco d'Hont →
Tagged  American Culture, American Identity, Film Studies, Post-9/11 Literature, Southern History, Transcultural.
Bookmark the permalink.