Opening the final day of BAAS 2022 was a BrANCA-sponsored panel titled “Ecologies of Race and Gender in Nineteenth-Century American Culture”, chaired by Matthew Pethers (University of Nottingham). The panel brought together research in nineteenth-century American literature by Olivia Foster (Nottingham Trent University), and nineteenth century cultural history by Dr. Tom F. Wright (University of Sussex). Foster’s paper, “Cohabiting with the Environment: An Ecocritical Reassessment of Sarah Piatt and Emily Dickinson” sought to tease out the multifaceted relationships that these nineteenth century poets articulated with the natural environment in their works. On the other hand, Wright’s paper, “‘Orenda’ and the Indigenous Origins of Charisma”, looked to the Indigenous American concept of ‘Orenda’, which roughly means the collective spiritual power held in the energies of natural objects.  Wright takes up the concept of ‘Orenda’ to re-think the Western notion of ‘charisma’, most notably theorised by sociologist Max Weber in the early twentieth century. The papers’ thematic and disciplinary contrasts, in addition to their subtle convergences, made for a textured panel which generatively brought these research areas together. 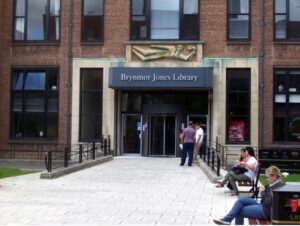 “BRYNMORE JONES LIBRARY – HULL UNIVERSITY” by summonedbyfells is licensed under CC BY 2.0.

Both papers were anchored in their approaches to language, from Foster’s exploration of an ‘avian poetics’ in the poetry of Sarah Piatt and Emily Dickinson, to Wright’s excavation of the linguistic and conceptual roots of ‘charisma’ through the Indigenous American concept of ‘Orenda’. Foster’s identification of an ‘avian poetics’ enabled a reading of Piatt and Dickinson’s poems that moved past the passive placement of birds in these works, to consider the animation and agency of the avian through language. In so doing, Foster argued, we can draw out more nuanced relations between the human and the non-human, and especially the agency of non-human bodies unaltered by human interference. While at times it would have been helpful to have had even more linguistic analysis of the poetry, Foster’s attentive approach nevertheless echoed Piatt and Dickinson’s attention to their surroundings, and drew out the ecological harmonies in their poetry.

Tom Wright’s paper asked us to re-consider the meaning we attach to the word ‘charisma’ in a contemporary Western context. In locating the origins of charisma, Wright argued that the word is more appropriately understood in both Mieke Bal’s terms as a ‘travelling concept’, and as a ‘floating signifier’. This approach helps unearth the ‘internationalism’ of charisma, a term most often attached to Western white men in the Western imaginary. Turning to Indigenous concepts—and particularly the natural power of Orenda which has its roots in Iroquois philosophy—Wright argued that the deliberate misunderstanding and moulding of Orenda into charisma maps a co-option of Native American nomenclature into nineteenth century political rhetoric. Non-Western words, Wright argued, are a form of ‘residue’ or ‘archive’: they are decontextualised, anachronised and applied to Western contexts. Missing but perhaps alluded to in the paper was the modern application of such logics – for example, in the American military’s co-option of Indigenous tribal names for military equipment, or the use of Indigenous nomenclature in the names of American sports teams.[i]

The legacy of settler colonialism undergirded both papers, and an interesting discussion on this subject developed during the Q&A. Foster’s discussion of Dickinson’s ‘To Make a Prairie’ noted the simultaneous presence and absence of bees, shedding light on how human actions can impact non-human bodies. It was noted, too, that bees (themselves extractive beings) were brought to America from Europe, thus suggesting the dynamics of expansion and extraction that feed the making of the prairie both on land and in ‘revery’. Wright’s paper also dwelt on the prairie as a construction of the nineteenth-century cultural imaginary. Upon visiting the United States, Wright observed, Max Weber preferred to visit the prairie rather than President Roosevelt, after having read the novels of James Fenimore Cooper. The prairie as a space of American mythology, but also as a place of very real dispossession, appropriation, and extraction, connects both papers along an axis of settler colonialism. 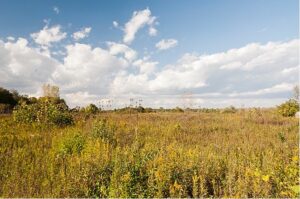 Wright’s paper also reminded us that linguistic co-option itself is a form of extraction. To interrogate the Indigeneity embedded in ‘charisma’ is to draw attention to the racialised roots of the concept and to fight against Indigenous linguistic dispossession. Similarly, as Foster’s paper showed, an ecocritical reading of nineteenth-century poets like Piatt and Dickinson urges against an extractive reading of their poetry by fighting against the notion of the natural environment as a passive background, and revealing it as itself a multidimensional agent in these narratives. Such a reading encourages us to uncover the complex relationships that the writers share with their environments; we might read their relationships with these spaces as present and immediate, but also as steeped in memory which is both plentiful and violent.

The panel emphasised the value of returning to familiar texts and concepts to unearth new histories, relationships, and voices. While they covered rather different ground, the papers met at several nuanced thematic junctures. In dialogue with each other, they generated a palimpsestic reading of nineteenth century American literature, culture and thought which was historically rooted, yet ambitious and expansive in scope.