Cultures of Surveillance and Counterinsurgency was a panel held online for the BAAS 2022 conference on April 23rd 2022. Chaired by Molly Geidel, University of Manchester, the two speakers were Heena Hussain, University of Manchester, and Patricia Stuelke, Dartmouth College. George Bickers, University of Manchester, was scheduled to speak but was unfortunately unable to attend. This meant, however, that the panel could spend additional time with Hussain and Stuelke’s talks with extra commentary from JD Schnepf, University of Groningen. Schnepf and Geidel are currently editing a special issue of the Review of International Management Studies on gender and surveillance which features a paper from Hussain. Though her paper for the issue differs from her panel talk, it still involved the themes of gender and surveillance in contemporary society, making this journal a great springboard for the presentations.

Both Stuelke and Hussain’s presentations were connected by their references to Inderpal Grewal’s book Saving the Security State: Exceptional Citizens in Twenty-First-Century America (2017). The book discusses how continued neoliberal governing, welfare cuts, and the promotion of White Christian values, has given birth to the concept of the ‘exceptional citizen’. Grewal examines how citizens are encouraged and expected to surveil, police and provide aid in place of the state. She argues that neoliberal America’s ‘move from welfare to security’ where ‘corporations carry out the work of the military and as nongovernmental organizations take over the welfare function of the state […] the security state becomes a means to connect citizens to the state through militarization’.[i] Public militarization, Grewal argues, promotes and maintains citizens who self-police and surveil, as well as promoting citizen humanitarian aid in place of the non-existent welfare state. Grewal also has a chapter dedicated to ‘surveillance moms’ and the place of women in the surveillance state, outlining the ways women have become the ones surveilling and the ones surveilled. Thus, the panel’s themes of gender, surveillance and the exceptional citizen were threaded together by Grewal’s study of the contemporary American security state. 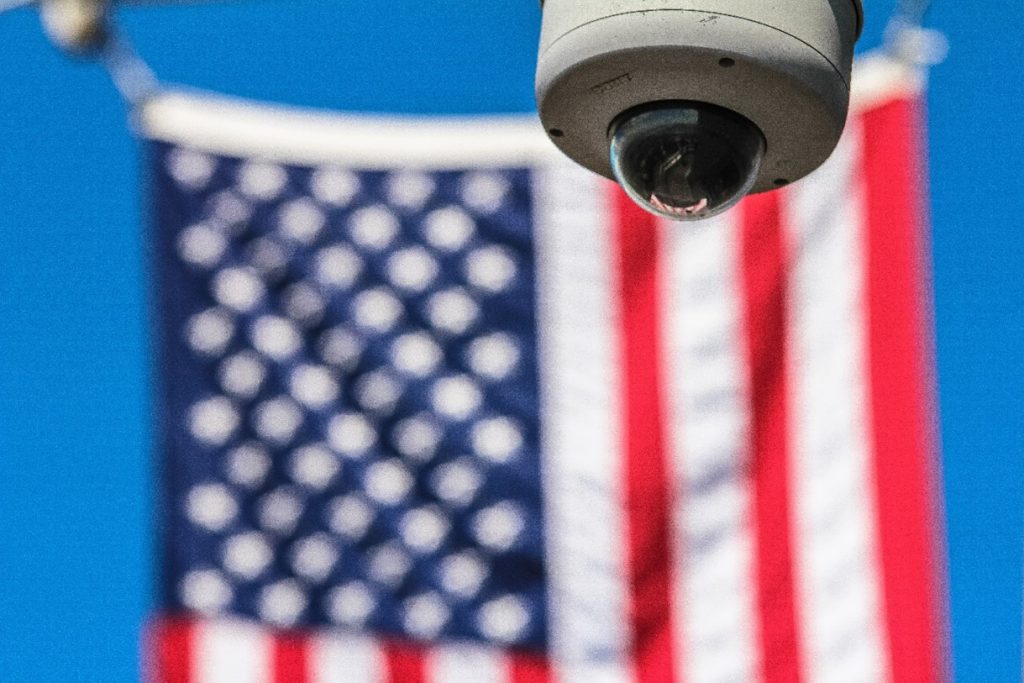 With this concept as a thematic starting point, Hussain began the panel with her paper titled ‘”Doubt is a Luxury We Can’t afford”: The Incredibles’ Imperialist Agenda’. She began by arguing that the animated action film The Incredibles (2004) seeks to promote the values of American exceptionalism and neoliberalism. Hussain used Grewal’s concept of the exceptional citizen and applied it to the character of Bob, Mr. Incredible, to argue that he is constantly drawn to embodying this exceptional citizen in the backdrop of an unexceptional suburban America. She also argues that Helen, Mrs. Incredible/Elastigirl, embodies the ‘security mom’ who fights to protect state and family and finds feminist empowerment in acting on behalf of the state. In both instances, the film promotes values of self-sufficiency, self-regulation, and patriotism to the security state.

Hussain suggested that America, as posed by the film, needs to connect more to its exceptionalism and must become great again ‘as is said by some Americans’.[ii] The film’s central conflict, in fact, is whether or not America needs superheroes. Early in the film, however, the viewer sides with the family of the Incredibles and finds their stiflingly mundane existences cruel. Forced into obscurity and working in insurance, Bob now must hide his super identity due to a ban on superheroes. He is shown to sneak out at night to aid the police, unable to suppress his inherent need to aid the public. The ban on the supers was created as the supers lost various civil court cases, however, the film portrays the citizens as ignorant and ungrateful, and the ensuing societal decline into mediocrity is due to this civilian rejection of aid and a refusal to acknowledge the need for exceptional citizens. Undercutting this, we see a lack of welfare for civilians which Hussain argues ‘constitutes the true downfall of the superheroes’ as the public blame the supers, rather than their government, for the damages incurred by their acts of heroism.[iii] The supers use their exceptional powers, their privilege, to raise themselves above the law and prove their exceptionalism to be the key to securing the state. Hussain links this to Grewal’s argument that those who are privileged by race and class can benefit as exceptional citizens due to their unique ability to help. The Incredibles creates a world resembling Grewal’s security state; an America that lacks welfare, relies on the humanitarian aid of individuals, and one in threat of constant danger that needs militarized citizens. 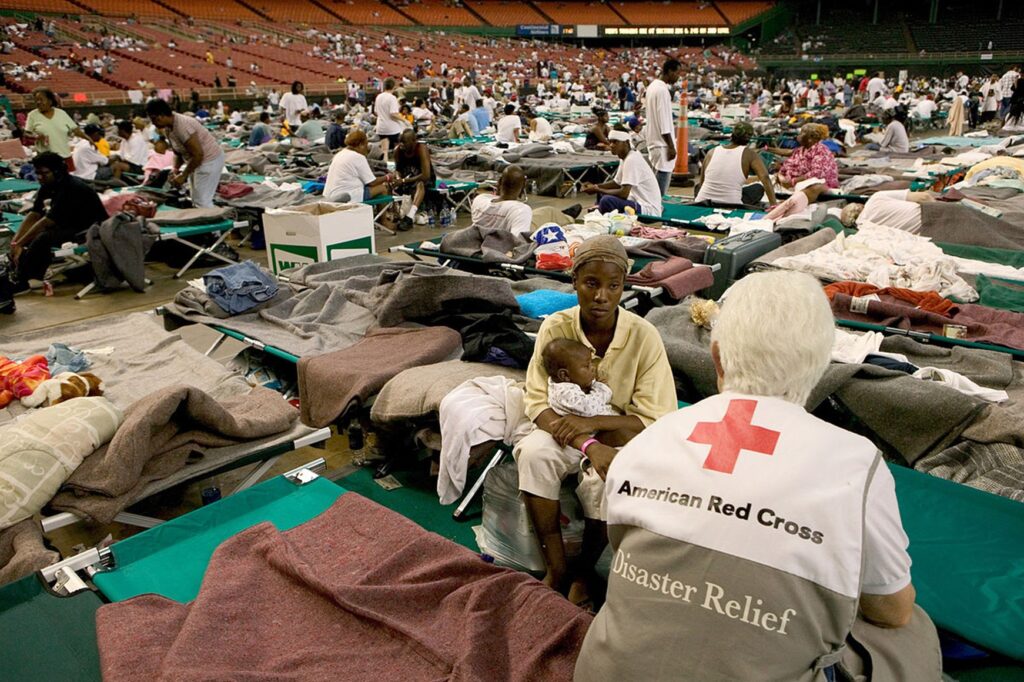 A particular link between Stuelke and Hussain’s talks was their shared discussion of women in the security state. Both took up Grewal’s analysis of how women portrayed in the media of security states often find empowerment in participating in surveillance and anti-terrorist government initiatives, unwittingly becoming puppets of the state in the guise of feminism. Using the figure of Helen, Hussain argued that the younger, feminist icon ‘Elastigirl’ became a repressive housewife that stifles her children’s abilities, enforcing the law even within the private sphere. Her return as Elastigirl in the film’s latter section embodies Grewal’s ‘security mom’, the woman who can do it all, as she remains a wife and mother but also an exceptional citizen fighting to save the nation. Her power itself, the ability to stretch, reflects this unrealistic neoliberal expectation of women portrayed by the media. By the film’s conclusion, the family come to train and accept their powers to transcend from exceptional citizens to an exceptional family. They embrace neoliberal values of self-sufficiency, patriotism, and individual humanitarianism over the welfare state. 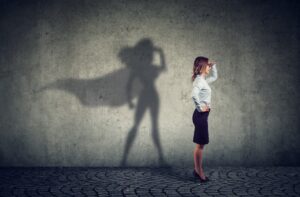 Patricia Stuelke’s paper discussed Hummingbird Salamander (2021) by Jeff VanderMeer, a speculative fiction book about conspiracy and apocalypse. Stuelke’s talk more closely looked at the figure of the ‘security mom’ to describe how this novel, unlike The Incredibles, subverts this trope. She stated that the neoliberal security state employs women, or ‘security feminists’, to act as outsourced ‘security moms’ who defend their supposed threatened family and use security technology as ‘tools of empowerment’. By contrast, Hummingbird Salamander aims to ‘undo and remake the privatized figure of the security mom’. The novel revolves around Jane, a middle-class, suburban mother who works as a security analyst amidst a climate apocalypse. The novel makes clear that her performance as a suburban housewife is just that, a performance, further exaggerated by her job which is both a scam to profit off of fear, and, simultaneously, ‘like detective work’. This somewhat foreshadows her descent into conspiracy and speculation as she later becomes immersed in impossible detective work. Stuelke argued that this undoes her status as ‘security mom’, the novel reimagining the meaning of security by ‘tying it to a vision of preservation and regeneration of the planet amid and beyond climate apocalypse’. The novel is centred around surveillance, with the protagonist becoming the surveilled rather than the one surveilling. Stuelke likens this shift from ‘security mom’ to detective as analogous to the shift towards the ‘liberal Left’ and away from the ‘overwhelmed white woman paralyzed by her own complicity’. Jane’s character arc reimagines the popular figure of the white woman as either ‘security moms’ aiding in public and private surveillance, or as helplessly complicit to the security state. She becomes ‘a different kind of security figure untethered from motherhood, nation, and capital in favour of the faint possibility of a world transformed’.[iv] 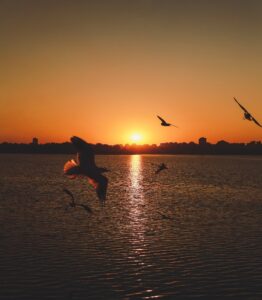 JD Schnepf’s concluding remarks both facilitated conversation and helped to draw parallels between the two talks. They discussed how the representation of bureaucracy and (dis)trust of institutions in both The Incredibles and Hummingbird Salamander showed how the slow pace of bureaucracy is not only inconvenient but also dangerous. The Incredibles makes clear that whilst state support (e.g. the police) is too slow, their private crime-fighting unit is much more efficient. When the supers are prosecuted, it is shown to be a sign of a weak and ungrateful public who stifle these exceptional citizens. Similarly, Jane in Hummingbird Salamander becomes a private detective and comes to mistrust the institutions around her. The main point of connection, however, is their portrayal of women in a security state. Whilst The Incredibles paints the picture of female empowerment through aiding and protecting the state, Hummingbird Salamander shows the unravelling of Jane’s social ties to become more connected to nature, and her striving to protect nature rather than the security state, especially as she leaves her job in surveillance. Thus, Hummingbird Salamander is somewhat a critique of the portrayal of the ‘security mom’ in mainstream media such as The Incredibles which aims to make puppets of women under the guise of feminism. The end of the panel invited reflection on the ways media portrays the security state which may either critique or reproduce the ideals of neoliberal security societies; particularly with emphasis on the representation of women and the ways that feminist liberation may be used to serve those in power.

I am a graduate of Edinburgh Napier University, where I received a 1st class BA (Hons) in English Literature and Film. From September 2022 I will be studying for an MA in Digital Culture and Society at King's College London. Since graduating with my BA, I have kept a film and television blog, and won Highly Commended at the Global Undergraduate Awards in 2018. The paper I submitted for that award has now been published, as well as a conference review about New Research on American Literature and Neoliberalism. My research interests involve media, including social media and streaming platforms, and the changing ways this media is consumed, including the implications media has on the wider culture. I am also interested in postmodernity, science fiction, neoliberalism, capitalism, existentialism, and the nature of reality and human subjectivity in an age when "Truth" is constantly being questioned.
View all posts by Megan Kirkwood →
Tagged  BAAS 2022, Conference Review, Panel Review.
Bookmark the permalink.