One of the most intriguing questions in modern American political history is the process by which the Republican Party mutated from the party of bi-racial progressive alliances to that of white conservatism. Precisely how and why this process took place has been the subject of much scholarly debate since the middle of the twentieth century. Continue reading 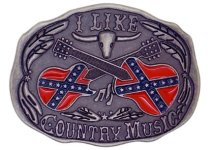 Each of these songs link into what Geoff Mann has called country music’s ‘narrative of loss,’ in that they recall and reconstruct what has allegedly been lost in history – on material, emotional and personal levels. The power of these four songs lies primarily in that sense of loss, rather than in any particular political or martial themes. Perhaps then, these songs form part of what has been called a ‘mild version’ of the Lost Cause, in that they present the memory of the Civil War as a way of both commemorating their ancestors and of supporting the United States. Continue reading