Robert Pee has recently graduated the University of Birmingham with a PhD. His thesis, titled “Democracy Promotion, National Security and Strategy under the Reagan Administration: 1981-1986”, examines the relationship of democracy promotion to national security in US strategy, with a particular focus on the origins of the National Endowment for Democracy and on democracy promotion during the Reagan administration. His research interests include US Democracy Promotion during the Cold War and the War on Terror, national security strategy, the role of non-state actors in the formation and execution of US foreign policy, and US policy towards the Arab Spring.
No comments 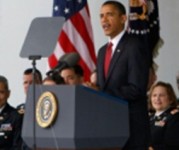 “Ultimately, Obama’s stance represents an accommodation to the current reality that at present, America is unwilling and unable to pay the potential economic, military and political costs of a more expansive strategic and ideological posture.” Continue reading 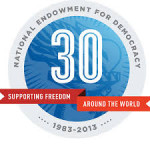 “However, previous strategic tensions re-emerged as the George W. Bush and Obama administrations both soft-pedalled democracy promotion in friendly Middle Eastern states such as Egypt when it clashed with immediate geopolitical objectives, and were able to do so because the US government funds the NED and now implements the bulk of US democracy promotion programs. Due to this back-tracking the fall of the authoritarian Mubarak regime was followed by a power struggle between the Muslim Brotherhood and the military rather than a pro-US democratic successor elite.” Continue reading