Home » Articles by Jack Hodgson
Jack Hodgson completed his PhD at the University of Northumbria in October 2021. He is a historian of children and childhood in the United States in the late 19th and early 20th century. His work pays particular attention to child citizenship, children’s constitutional rights, and children’s political participation. You can find him on Twitter: https://twitter.com/hodgepodge96
No comments 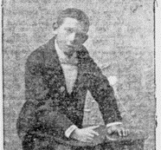 Children remain disenfranchised. They are formally divorced from political participation and are unable to directly influence who is elected to their local board of supervisors, never mind who enters the White House. But American political history is incomplete without considering the nation’s youngsters. Firstly, children wield immense soft political power… Continue reading 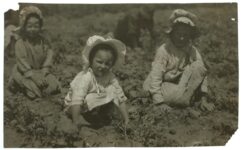 The day before President Joseph R. Biden’s inauguration, the National Children’s campaign held a virtual children’s inauguration. Speakers included politicians, such as Massachusetts senator Ed Markey (D), and young activists themselves, several of whom called for the creation of a ‘White House office for kids’, arguing that the political establishment… Continue reading