Home » Articles by Christopher Maverick
Christopher “Mav” Maverick is a Ph.D. candidate in English at Duquesne University in Pittsburgh, United States. His primary research interests include issues of race, class, gender and sexuality in 20th and 21st century American popular culture, especially television, movies, professional wrestling and comic books. As an avid believer in active participant observation, he has written the web comic Cosmic Hellcats since 2008, and from 2003 until 2010 he competed as a professional wrestler… no really!
No comments 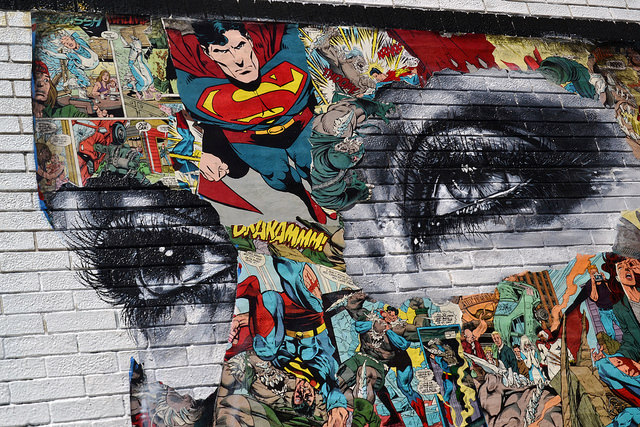 For comic scholars who recognize this quote, it might elicit a reluctant smile and almost certainly an exasperated sigh. For those unfamiliar, it is the dialogue from a single panel reproduced in Frederic Wertham’s exposé on the dangers of comics, Seduction of the Innocent. An unsuspecting milkman discovers a woman’s corpse seductively prone on her front lawn. A trickle of blood from her temple and her torn and disheveled dress lead Wertham to the simple caption, ‘A girl raped and murdered’. To Wertham, this out-of-context image was indicative of the glamorization of sex and violence in 1950s comics. He believed comics both provided a ‘blueprint’ for juvenile delinquency and conditioned children to yearn for the thrill of a life of crime. While we may have progressed beyond his xenophobia towards the medium, we may be inadvertently repeating his mistakes. Continue reading