On 15 and 16 September 2016 around 30 scholars met at the Roosevelt Study Center in Middelburg, the Netherlands to discuss the state of the field of American Studies after the digital turn. The relatively small cohort of scholars arguably demonstrated the level of scepticism towards digital humanities not only within American Studies, but throughout the humanities. In spite of this, a colourful international blend of participants—from those well-equipped within the digital humanities as well as self-declared technological novices—met for two intense days of exploration and discussion. There were a sufficient number of sceptics to start a fundamental discussion about the purpose and the means of digital humanities. These included co-organiser George Blaustein (University of Amsterdam), who opened the meeting by listing the terms ‘digital humanities’, quantitative data, and ‘digital turn’ as possible symptoms of an emerging corporate university. By the end of the conference, however, he granted that his initial reservations had turned into expectations as the techniques and debates around digital humanities had been demystified.

Over the course of the conference participants discussed a wide range of ideas about the digital humanities and American Studies, including: its impact on American Studies methodology and teaching; possible tools, projects, and databases; and issues of publishing and digitisation. Among the key themes which emerged was that of the digital humanities as a necessary approach when faced with massive sources. Keynote speaker John Corrigan (Florida State University) positioned the new digital methods as additional tools to produce deep maps about complex problems. These new technologies could actually liberate American Studies from its long, and not always productive, focus on polemics and activism. They bring the field back to its interdisciplinary roots, which have endowed Americanists to engage with disparate pockets of data. The question today is if they can now do the same thing for big data. Corrigan’s reassuring comments and fitting examples made many participants decide that the digital ‘turn’ is an overstatement. The output of databases and tools should be viewed as a new set of sources, which inductively add complexity to numbers and open-ended gestures to conclusions. Working with digitised sources is an iterative process of scholars moving back and forth between their close reading of sources and ‘zooming out’ to gain a broader perspective of the context of their findings.

Miriam Posner (UCLA) argued in her keynote address that humanities scholars’ hesitancy regarding digital humanities is caused by the fear that the tools and techniques to analyse big data overgeneralise. She suggested that since historians break down categories and timelines, big data makes them feel uncomfortable. The difference between a focus on the unconscious and identity that is central to cultural analysis may compete with the explicit and countable results of digital humanities. Selection of sources and biases in data collections may obscure some voices and amplify others, which may lead to distortions in historical research. For example, a point expanded on by Alexander Dunst (University of Paderborn), who showed how digital collections of graphic narratives had a gendered and racial bias that might be the result of publication practices. On the other hand, social media has made it easier to directly contact groups and find sources that were otherwise out of reach. 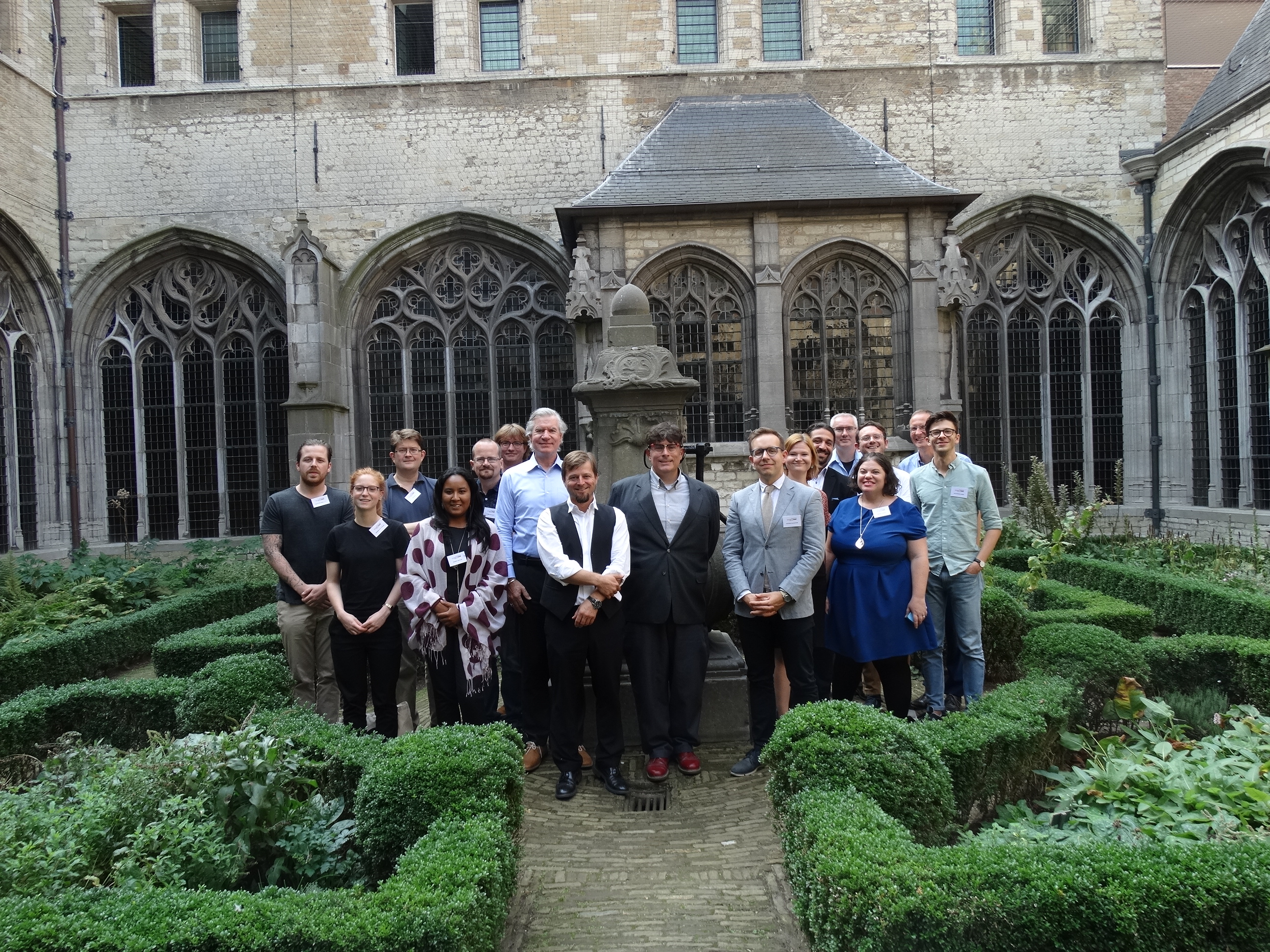 Presentations also focused on the impact of the digital on American Studies teaching. For example, Dario Fazzi (Roosevelt Study Center) explained how hundreds of international students enrolled in his Massive Open Online Course (also known as ‘MOOC’) on ‘The Rooseveltian Century’. Aynur Erdogan (Groningen University) showed how her students worked with digitised sources and databases. Mostly though, the digital humanities have not yet made an impact on American Studies teaching, because they are not integrated in current curricula. A student survey showed that graduate students would like to get acquainted with these new methods, but that they are mostly absent in their courses. Maps featured in multiple presentations as a new way to frame or present data because locations are not subject to change, even though mental maps may differ greatly from geographical ones. There was also interest in using digitised maps as teaching tools. Damian Pargas (Leiden University) sought to create a contextualised map to help students better understand the narratives of runaway slaves. Beyond the classroom, more visualisations and apps may allow a broader audience to engage with the outcomes of American Studies research. A barrier to digital presentation is that it often does not receive the same credit as a monograph or a peer-reviewed journal article. Even when a website or an app is an obvious outlet to publish a mixture of different sources, scholars still feel compelled to publish a book.

In his keynote Antal van den Bosch (Radboud University, Nijmegen) offered practical examples of digital sources and tools that could contribute to American Studies research. He showed how the computer could help historians in uncovering often obscured ‘near events’ such as strikes in large databases. He argued that computational methods save time and open up new research avenues and patterns to explore. Melvin Wevers (Utrecht University) showed how he mined newspapers to identify how America functioned as a reference culture for Dutch tobacco debates. Finally, Frank Mehring from (Radboud University) and Hans Krabbendam (Roosevelt Study Center) discussed image mining with examples from a project on the circulation of Marshall Plan photographs as a means for a cultural analysis of the imagery. 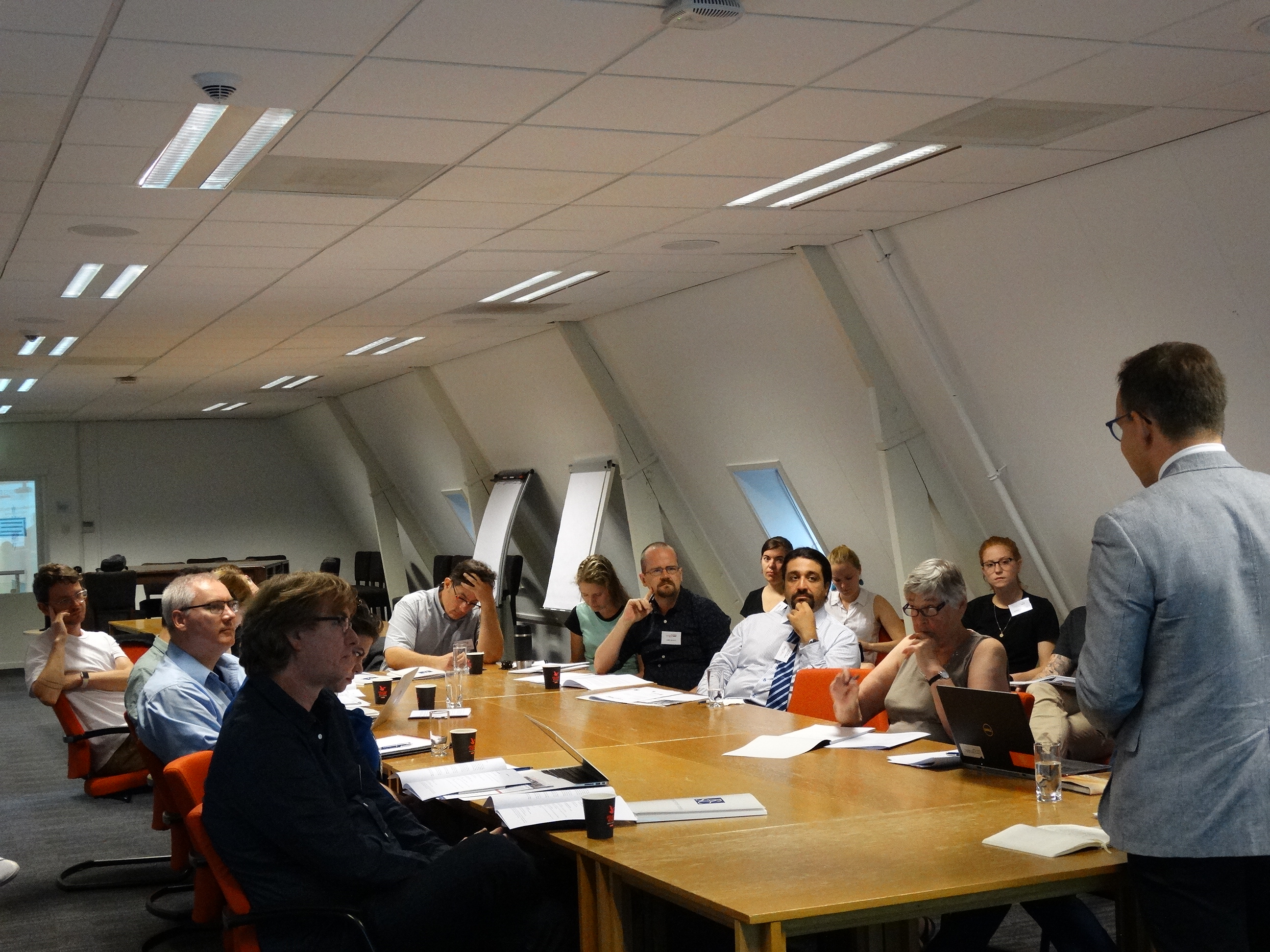 At the round-table forum concluding the conference the participants agreed that the program had gone some way to bridging the gap between the cultural interpretation and the digital computation of phenomena. Thanks to expert keynote presentations, concerns about the loss of meaning were critically evaluated. Far from a departure from traditional methods, the participants showed a reciprocal turn towards each other for enrichment, patterns, and best practices. The result was a confirmation of the fact that the digital world has a positive impact on research, teaching, and publication of American Studies that encourages cooperation and exchange.

Everyone went home with a fundamental grounding of digital humanities and an armful of quick results, ranging from useful websites and reapplication of existing databases to the existence of short intensive courses on programming. It is clear that more American Studies researchers and students must discuss the possibilities of digital humanities, and next steps should be taken to organise workshops, examine funding opportunities, find publication forums, compare transatlantic differences, and develop appropriate pedagogy. Big data is here to stay, and this conference showed that Americanists are well equipped to critically evaluate and reap the fruits of this exciting development.

Lisanne Walma has an MA in American Studies from Utrecht University. In 2013 she received the Theodore Roosevelt American History Award for her masters thesis on the national war memorials in Washington, D.C. She examines twentieth century Dutch debates on narcotics for her PhD at Utrecht University. Her research is part of the Translantis project, where researchers use digitised newspapers to study the role of references to the United States in Dutch public discourse in the twentieth century. She is currently working on an article that discusses the way references to American narcotic use influenced Dutch public debates on alcohol and drugs in the 1920s.
View all posts by Lisanne Walma →
Tagged  Big Data, C21, Digital Humanities, Methodology, Pedagogy, Social Media.
Bookmark the permalink.