American Women Writers and Wars on Foreign Soil—Part One

This blog series focused on American women writers, a partnership between The Society for the Study of American Women Writers and U.S. Studies Online, explores the field through several lenses that range from recovery to religion and from war to transnationalism. By no means comprehensive in scope, this series of nine posts by SSAWW members offers snapshots into the field and its on-going conversations. Shelli Homer and Brianne Jaquette in the fifth and sixth posts of this series introduce readers to American women that write about war. Part one overviews the topic and discusses nonfiction writing. Part two turns to poetry and fiction and includes a bibliography of additional primary and secondary resources. 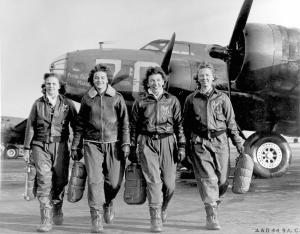 In her book, Not In Sisterhood, Deborah Lindsay Williams writes about the reviews of Edith Wharton’s World War I novel, A Son At the Front (1923). Many critics were upset about the fact that a woman had written such a novel, and Williams quotes reviews that made negative comments, such as, Wharton’s main character, “‘can hardly prove interesting—at least to men’” (158). As in this example, literature about war has often been considered the domain of male writers. However, a multitude of female writers have written about war. From World War I to the recent conflicts in Afghanistan and Iraq, American women writers have been producing fiction, nonfiction, and poetry about war experiences, war efforts, and war repercussions. American women writers produce texts that reflect on wars in their current moment and texts that look back at wars of the past. The variety of texts by American women writers on this topic can be viewed as a body of work that has historically been ignored by the scholars of American literature. Over the past ten years, studies of American literature have begun to take into account war writing by women authors. Currently, many of these studies are about wars on American soil. There is little published scholarship on women who have written about foreign wars; within the last five years, however, some attention has been turned to this area of study. The study of American women writers and foreign wars needs to be supported, continued, and expanded. This post seeks to provide information and analysis of American women’s war writing. The aim is not to be comprehensive in coverage but to act as a resource and a starting point for further explorations and studies of American women writers and foreign wars.

One key reason women’s literature of war has been overlooked is due to questions of authority and representation permeating the field of American war literature. World War I is the starting point for our look at American women and war writing because it had a particular impact on the issue of literature and authenticity. While there had previously been a belief that only those who had been in the war could represent it truthfully, World War I involved writers who went to war and soldiers who pursued writing after the war, which heightened expectations of experience (Olin-Ammentorp, “Willa”). These expectations did not necessarily exclude women writers, since they served on or near the war front in various capacities, but they did limit the types of acceptable writing women could produce and have contributed to gaps of missing women’s war literature in the canon. It is not that the literature does not exist, but it has not been given enough consideration.

The valuing of experience still remains an issue American women writers face when writing about war today, but it fails to deter women from the task. American women’s war literature takes a variety of perspectives that are sometimes imagined, sometimes lived, and sometimes a bit of both. Writers, such as Willa Cather, Ellen Glasgow, H.D., Marianne Moore, Denise Levertov, Adrienne Rich, Jane Anne Phillips, Nora Okja Keller, Mary Doria Russell, Tatjana Soli, Elyse Fenton and Jehanne Dubrow, to name a few, have composed literature from the point of view of soldiers, nurses, journalists, wives, children, or civilians caught in the conflicts. Also a myriad of women have written about experiences in the war zone, such as Mary Borden, Philippa Schuyler, and Le Ly Hayslip. And most recently, women veterans of the war in Afghanistan and the Iraq War have chronicled and processed their war experiences through writing. 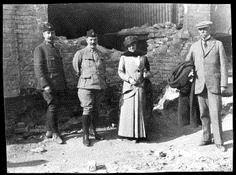 Nonfiction writing during World War I allowed American women writers to enter spaces they would not have had access to prior to the war. Although they inhabited different literary circles, both Edith Wharton and Mary Roberts Rinehart were well-known novelists when World War I broke out in Europe. Both of these women were driven to war by their desire to be a part of what was happening and have an impact on the U.S.’s involvement in the war. Due to their age and their gender, writing was the way they could participate in the war. Wharton was already living in France when the war began, and Rinehart traveled to the front to write for The Saturday Evening Post. Both of the women chose nonfiction to express their experiences in France. Although Wharton wrote fiction during the war and would later write a war novel, Wharton’s nonfiction was an integral part of her support of the war and was instrumental to her work to develop and fund war related charities. She was not participating in the war directly, but she had access to what was happening in France and on the front lines. She came “as close to the war—to seeing, hearing, and experiencing the war—as any noncombatant could come” (Olin-Ammentorp, Edith 23). This closeness to the war gave her the opportunity to write about the war from “direct, on-site observations” (Price 45). Rinehart also wrote from personal observations about wartime France. Rinehart had been trained as a nurse in her youth and used this to her advantage to convince others that she understood what was occurring during the war and had a reason to be there. She took advantage of the privileges that were afforded to her and was one of the first women to go all the way to the front lines. Her articles were published in The Saturday Evening Post (Cohn 90) and reached a very wide audience. Even though she was a popular writer at the time—famous for writing mystery novels, such as The Circular Staircase—it was journalism that helped her break through numerous barriers to achieve her goal of getting to war. Wharton and Rinehart are just two of the multitude of women writers who wrote about WWI, but their examples illustrate how writing provided women access to war and also how war can spur writing across multiple platforms and genres.

Although Rinehart and Wharton both wrote about war from their personal experience on the front lines, other American women have written nonfiction based on wars and eras they did not personally experience. An example of this is Susan Griffin’s A Chorus of Stones: The Private Life of War, which interweaves personal stories from her own life with details from the lives of people who were involved with large historical events like the Holocaust. For example, in the chapter “Our Secret,” Griffin relates stories from her own life, including what it was like living with her very rules-focused grandmother after her alcoholic mother could not take care of her. She uses juxtaposition to provide a variety of other stories and specifically focuses on exploring the childhood and young adulthood of Heinrich Himmler, who was the head of the SS and a leading member of the Nazi party. These diverse narratives help Griffin to promote her understanding of the interconnectedness of all humans. Griffin uses nonfiction not to write about the facts of war but to explore how individuals do or do not move beyond their circumstances and how one person’s trajectory can affect the life of so many others.

Olin-Ammentorp, Julie.  Edith Wharton’s Writings from the Great War. Gainesville: UP of Florida, 2004.

Video Games and American Studies: Reverberations of Trumpism in Far Cry 5
WRAP for USSO - Serena Williams: Race, Representation and Feminism
2017 in Review: Editors' Top Picks
“Vaudeville Indians” on the British Stage (British Library)
The legacy of Black Power Visual Culture in 1990s Hip Hop
‘Can the Subaltern Play?’ Jazz as Voice in Boston, Massachusetts circa 1910 – 1949
60 Seconds With Rachael Alexander
Introducing ‘The American South’: A Free Online Course from the Institute of Humanities at Northumbr...