Throughout December 2014 and January 2015 U.S. Studies Online has published a series of interviews with postgraduate and early-career researchers working in the broad field of American Studies across Europe. Dr Richard Martin spoke to scholars based in western Spain to central Turkey, via Copenhagen, Warsaw and Timisoara about their wide-ranging research interests and the state of American Studies in their countries. This is a round-up of the series all in one place. 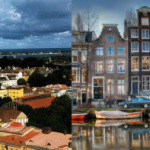 In the first post of the series, Richard outlines the geographic and intellectual scope of the interviews and discusses how he sees it contributing to wider debates about American Studies across borders:

“Having completed these interviews, and having participated in American Studies events in places such as Berlin and Salzburg, I’ve become very conscious of the variety of approaches to the discipline that currently exist in Europe, and the immense potential for collaboration across national borders. I hope, in a small way, that the interview series might raise awareness of the range of work being undertaken by European scholars and may prompt ideas on possible partnerships for the future.” 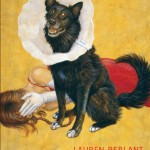 Zuzanna Ładyga, assistant professor in the Department of American Literature at the University of Warsaw, talked with Richard about who she sees as the most important authors and theoretical frameworks in contemporary American literature:

“In my understanding, interesting would mean disturbing to the audience and challenging the canon, in which sense the writers I consider interesting are Dennis Cooper, Carole Maso, George Saunders, Dave Eggers, Percival Everett, and Mark Danielewski. They’re all very different, of course.” 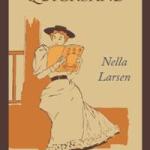 Elizabeth Rodriguez Fielder, whose research focuses on grassroots activism and literary aesthetics in the 1960s and 1970s, discussed her experience of the academic and political differences between American and Danish students studying America:

“Neither population had a good grasp of the historical tradition of racial passing. However, the Danish students were much more willing to talk about these issues, whereas I felt that in Mississippi racism is a touchy subject that students would rather avoid. One unexpected similarity between the two experiences is the fact that because of U.S. regionalism, I am an outsider and a cultural foreigner in both circumstances.” 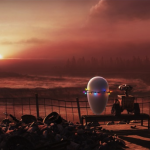 PhD candidate Dietmar Meinel, doctoral thesis explores animated film, U.S. exceptionalism and aesthetic theory, discussed the state of American Studies at the JFK Institute in Berlin, the interests of his students at the University of Duisburg-Essen, as well as the origins of his own research:

“When I was watching WALL-E I simply had an epiphany: what the film negotiates is a frontier identity packed into this stunning post-apocalyptic animation film. Since I hoped to develop a PhD project during that time and I was writing my MA thesis about whiteness in Disney films, what I saw in WALL-E spoke to my personal and my professional interests.” 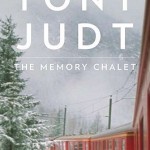 In a wide-ranging interview, Cristina Cheveresan, a former Fulbright Scholar at Harvard and is currently a Fulbright Ambassador, talked about her participation in American Studies seminars across Europe, including events at the Salzburg Global Seminar and the UCD Clinton Institute, and the impact translating scholars such as Tony Judt has had on her own research:

“Having majored in English, minored in French, and studied bits and pieces of others along the way (Russian, Dutch, Italian, Spanish, Portuguese), I have always been aware of and interested in the linguistic aspects of identity formation and cultural negotiation.” 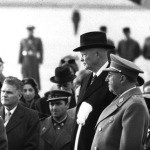 “Those who tried to open a space for American Studies in the Spanish curriculum had to fight against the traditional rigidity of the educational system. There were some young researchers and professors eager to learn more about the socio-cultural realities of the American nation. Broadly speaking, the wind was blowing against them.”

Angela Santese, whose research focuses on the anti-nuclear movement of the 1970 and 1980s talked to Richard about the similarities and differences between American Studies in the UK and Italy, noting in particular the divisions between those researching politics/history and literature/culture:

“In Italy there are no departments of American Studies and thus there is a clear distinction between scholars working in history and politics and those working in literature. Nonetheless, the role of associations like CISPEA and AISNA (American Studies Association of Italy) is essential to give some form of unity to the discipline.” 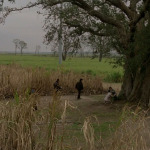 In an interview that also touched upon the Middle East influences shaping academia and American Studies in Turkey, Gözde Erdoğan, discussed the key focus her PhD research, the notion of Southern Gothic in American television:

“In most of its televisual forms, Southern Gothic seems to flaunt new hybridities, be it with soap opera (like in True Blood) or with detective narratives (like in True Detective). This, I think, partly stems from the fact that televisual narratives, from their onset, have always been more hybridized than other forms and this generic fluidity opens up new possibilities for Southern Gothic.” 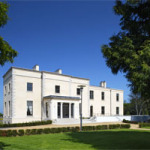 Jack Thompson, co-editor of Progressive Politics in America: Past, Present, and Future (Oxford University Press), discussed how his transatlantic travels, having studied and worked in the US, UK and Ireland, shape his research:

“Studying, working and living in both Europe and in the US has influenced my research in the sense that my original interest in American foreign policy has evolved to include a focus on the transatlantic elements of the subject. I would find it strange to live in Europe but not incorporate the things I read in the newspaper every day into my research.” 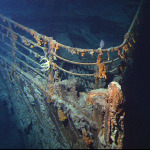 In a wide-ranging and discursive interview that touched upon the state of American Studies at Groningen and trauma scholarship, Constantijn Smith, whose doctoral thesis examines the American appropriation of the sinking of Titanic, noted the interdisciplinary nature of the field, be it in Europe or the US. As the last interview in the series, Constantijn provided a fitting and uplifting conclusion:

“Ultimately, while American Studies as a discipline suggests a field of regional study, it has become a global discipline.”

Thank you to all the researchers who contributed to this diverse and exciting series. We are very pleased with the diverse nature of the interviews and we hope our readers have enjoyed it as much as we have.

This special series was created and put together by Dr Richard Martin, who currently teaches at King’s College London and Tate Modern, and writes for the Tate Research Department. We would like to thank Richard for producing such a fantastic series and for all his hard work bringing together such interesting scholars.

If you want to propose a special blog series or discuss a programme review contact the editors at USSO@BAAS.ac.uk

The Cold War and the Origins of US Democracy Promotion
“An Eagle On His Button”: How Martial Portraiture Affirmed African American Citizenship in the Civil...
Go West: Bernie Sanders over-wins, but Trump is in the spotlight
White American Women in Paris and the Life of Literary Modernism
Contemporary Pakistani American Women Writers: Writing their own stories, finding their own voices
Fear is a Virus: Xenophobia in Mostafa Keshvari’s Corona (2020)
Judge Dredd’s Burger Wars: Intellectual property, self-censorship and new exceptions
American Studies in Europe: Interview with Elizabeth Rodriguez Fielder, University of Mississippi