Richard Martin: You’ve worked on authors such as David Foster Wallace and Donald Barthelme, and on theorists such as Spivak and Butler. Who do you think are the most interesting authors in American fiction right now? 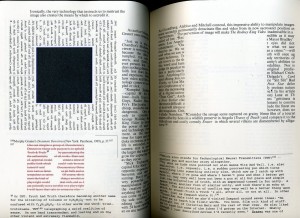 Zuzanna Ładyga: This is such a tough question. It all depends on how we define “interesting”. In my understanding, interesting would mean disturbing to the audience and challenging the canon, in which sense the writers I consider interesting are Dennis Cooper, Carole Maso, George Saunders, Dave Eggers, Percival Everett, and Mark Danielewski. They’re all very different, of course.

Cooper, Maso (one could also add Dodie Bellamy of the New Narrative movement) are, to use traditional terminology, avant-garde writers, preoccupied with transgressing cultural taboos of, say, sex and violence by means of language experiments. To read them is disturbing, in a sense that they defamiliarize the habitualized numbness towards corporeality so characteristic of postmodern culture.

Saunders and Eggers, the writers associated with McSweeney’s, are definitely not experimental or avant-garde as far as style is concerned, but they do exhibit in their own casual and humorous way another type of rebelliousness aimed at destabilizing the canon of American themes. They address micro absurdities of modern life such as the kids-birthday business or internet surveillance, and in this way, I think, expand the Twainian tradition of petit themes as opposed to the grand themes of love, individualism, and freedom.

Finally, the work of Danielewski and Everett also challenges American literary traditions because it democratizes the sanctified category of difficult, experimental fiction. Their writing pricks the inflated elitism of experimentation, and makes multi-levelled metafictional language games accessible, funny, and engaging.

RM: And what do you think are the most important theoretical perspectives emerging in response to American literature? 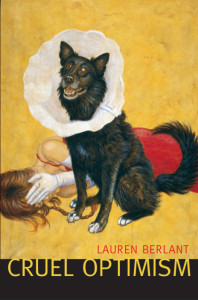 ZŁ: Some say theory has been dead for such a long time that whatever has remained of it is either useless or repetitive. But seriously, some of the most interesting criticism today comes from within affect studies, particularly the work of people like Lauren Berlant, Majorie Garber, or David Wills. Their myopic studies of reception and technologies of affect production certainly remedy the gap in reader-response studies which have always been under-theorized. Their work also definitely fuels critical interest in such phenomena as internet reading communities or creative writing programmes, which are important in publishing today.

Giorgio Agamben’s philosophy is certainly a vital source of inspiration for critics resuscitating the topics of life and agency, particularly for ecocriticism and posthumanism. Posthumanism, which is certainly a powerful theoretical trend, right now dominated by animal studies, offers some pretty good tools for reexamining past and present literary production. For example, works previously x-rayed in race and ethnicity studies gain new meanings when viewed through the lens of speciesism, and the deconstruction of the race-breed binary.

RM: Have you found that the discourses of transatlanticism, transnationalism and hemispheric American Studies have changed your notion of what ‘American literature’ is? Do you find they also ‘disturb’ or ‘challenge’ audiences and canons? Or has the influence of these ideas been over-emphasised by critics?

ZŁ: One great benefit of all critical discourses is that they help us reframe our perspectives on old phenomena and refocus our attention on things we’ve always sensed but were not able to name accurately. In this way, the discourses of transatlanticism and transnationalism, for example, clarify many ambiguities and generalizations in the terms “American” and “literature”. From the angle of transatlantic and hemispheric studies, American Postmodernism is no longer a distinctly local aesthetic trend, but rather the point of convergence of several distinct phenomenon: the emergence of Korean War memoirs, the enthusiastic reception of Beckett in the American East and West, the popularity of Borges, the political promotion of exchange programmes for writers and artists with European countries and the artistic and ideological influences that ensued from those travels.

Incursions into the canon by previously otherized artists are certainly “disturbing” the canon apparatus and are “challenging” readers, whose sensibilities are being reformed, but I guess this happens more on a micro scale, in the case of individual readers and individual writers, rather than on a larger one. There is certainly a lot of what you called “over-emphasising” on the part of critics, in the sense that more is written about the reformation of the canon and aesthetic value than is actually being done. The claims to multivocality and multicontextuality made by the discourses of transatlantic and transnational studies are often dissolved into mere declarations.

RM: Is it possible to characterise a specifically Polish approach to American literature or American Studies in general? What, for instance, are the major concerns of the American Studies Center at the University of Warsaw?

ZŁ: You know, you’re basically asking me to walk into an elephant trap… I guess, the majority of Polish Americanists would answer “no” to your first question, because, for the sake of academic standards, we try to leave the local behind. As someone who regularly participates in Polish American Studies conferences, I would definitely agree that the focus of Polish research is to understand American cultural specificity rather than emphasize our own. Unless, of course, one does reception studies or comparative research, where a special focus on the local ideological angle is absolutely fundamental.

At the same time, yes, being an American Studies scholar in Poland has its own specificity. First of all, the community of Polish Americanists is not as big as in other European countries such as France or Germany – a few hundred scholars as opposed to a few thousand – the advantage of which is that we tend to reach outside rather than collaborate exclusively within the limits of the local. Which is to say, we’re probably more individualistic than collective in our research. This will soon change as a result of the global economic transformation of academic institutions, but for now it seems to bring diversity and a sense of freedom, which is very inspiring and motivating.

That being said, individualization also has some disadvantages, especially when it comes to very young scholars and graduate students. Due to a lack of available funds for well-structured American Studies graduate programmes, those extremely bright, talented people do not receive sufficient guidance or training. Of course, there are Fulbright programmes for undergraduates and postgraduates, and the Junior Research Award. And recently, with the grant of the U.S. Embassy, the Polish Association for American Studies has launched the annual Methodologies in American Studies Workshop for graduate students, designed to bring future scholars together and offer them some methodological training. But this is still a drop in the ocean of needs.

The American Studies Center at the University of Warsaw has probably contributed the most to transforming American Studies in Poland in the last decade through its participation in the ASN (American Studies Network) programme and its collaboration with the Free University in Berlin, but other centers, in Łódź, Lublin, and Szczecin, for  example, are also doing a lot to keep our young talent from leaking abroad. 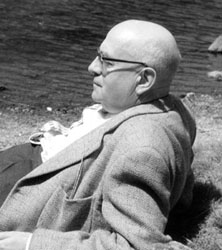 Adorno on the beach

RM: You’re about to take up a Fulbright Scholarship at the University of California, Irvine. What will you be working on there, and what are you most looking forward to about the trip?

ZŁ: Yes, I’m very excited about that. The research project that I want to pursue at UCI is about the idiom of technicity in American literary theory – the role of technological metaphors, the ways in which the discourse of the humanities frames “apparatusness” on the levels of text production, control, and consumption. So, I’ll mainly be doing archival work, for which UCI is an ideal place with its Critical Theory Archive that holds the manuscripts of many important theorists, as well as the “genealogy of theory” collection of rare documents. Also, I am very interested in the pedagogy of theory, so I’m looking forward to observing and learning how this is done in the theory department, but also at UCI’s Critical Theory Emphasis, and I’ll hopefully transplant some of the observations into the Polish academy. Of course, I will also try to get into the spirit of Adorno, walking the beaches and contemplating American culture.

The Golden Years: Hollywood’s Fairy Tale History in the Age of Donald Trump
‘Can the Subaltern Play?’ Jazz as Voice in Boston, Massachusetts circa 1910 – 1949
Book Review: Canadian Literature and Cultural Memory, Edited by Cynthia Sugars and Eleanor Ty
60 Seconds With Rachael Mclennan
HOTCUS 'Teaching America' Introduction
Resisting First Nations Stereotypes in banned YA Novel The Absolutely True Diary of a Part Time Indi...
May Day and the future of workers’ internationalism
"In U.S. Cities or on Palestine's Streets" - A Black-Palestinian Narration of Subaltern Geographies

Zuzanna Ładyga is assistant professor in the Department of American Literature at the University of Warsaw in Poland, where she teaches critical theory, postmodern literature and visual arts. Her research interests include the relation between technology and the discourse of critical theory, the impact of new media on 21st century literary aesthetics, and ethical issues in visual studies. Her current research projects are ‘Regimes of Technicity in 20th Century Literary Manifestos’ and ‘The Work of Laziness in 19th and 20th Century American Fiction’. She is the treasurer and a board member of the Polish Association for American Studies, and a member of the editorial board of Polish Journal of American Studies.
View all posts by Zuzanna Ladyga →
Tagged  C20, Transatlantic.
Bookmark the permalink.