Richard Martin: How did your affiliation with the Centre of Transnational American Studies (CTAS) at the University of Copenhagen come about?

Elizabeth Rodriguez Fielder: In spring 2012, Martyn Bone – who coordinates CTAS and was then teaching at the University of Mississippi – suggested that I consider going to Copenhagen for the experience of working in an international department. I jumped at the opportunity since I really missed the interdisciplinary environment I’d had at Columbia during my Masters degree, and CTAS aligned with my own interest in American Studies. I felt as though I would have a welcome audience at CTAS for my work.

RM: What differences did you find between the undergraduate students at Copenhagen and Mississippi?

ERF: I tried to walk in with an open mind knowing that the systems were very different. In Copenhagen the students are generally older, they don’t have as many requirements (in terms of attendance, participation or assignments), and their education is paid for by the Danish government – so needless to say, it was a very different world.

The students in Copenhagen were much more open to contemporary topics in Cultural Studies than students in Mississippi, who mostly stayed within their disciplines. For example, the typical student in Mississippi would do a BA project on Flannery O’Conner, whereas students in Copenhagen tend to be more interested in Cultural Studies projects on Bob Dylan, Disney, Obama and American politics. I think the students lean more towards the interdisciplinary because the modern languages department at Copenhagen houses both history and literature together, and the boundaries are much more blurred. Of course, Copenhagen students interested in American Studies still have to take basic linguistics classes since they’re working in a foreign language.

RM: How did you find attitudes towards American topics varied between students in the two institutions? 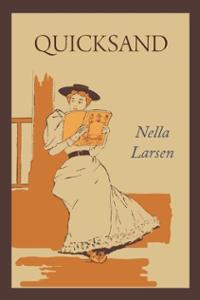 ERF: You might think that the student bodies of Mississippi and Copenhagen are on completely opposite ends of the political spectrum, which is true, I’m sure. However, when it came to discussing texts, both populations had some gaps in their historical and cultural references. For example, when teaching Nella Larsen’s Quicksand, I found myself explaining aspects of Jim Crow racism to my Copenhagen students; however, there were students in Mississippi who also lacked a firm understanding of this history, which is much closer to home. Another example: neither population had a good grasp of the historical tradition of racial passing. However, the Danish students were much more willing to talk about these issues, whereas I felt that in Mississippi racism is a touchy subject that students would rather avoid. One unexpected similarity between the two experiences is the fact that because of U.S. regionalism, I am an outsider and a cultural foreigner in both circumstances. 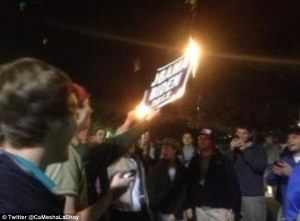 The most radically different approach between the two campuses involved the re-election of Obama. The Danes, especially in American Studies, were all very interested in the presidential election and the department even hosted an event with two history professors the week of the election. There was a lot of support for Obama. In Mississippi, however, the media reported a “mini-riot” on campus after a group of conservative students protested on campus and resorted to racial slurs. It made national headlines, of course. I also realized that students in Mississippi would never organize an event centered on a Danish election, or perhaps any European election. The students in Mississippi are much more concerned with campus politics and their own student elections. It has a stronger campus life than in Copenhagen, which for many students is a commuter university.

RM: How would you characterise the American Studies research environment in Copenhagen?

ERF: CTAS is a concept rather than a power-yielding, degree-granting, independent department. However, I’ve found that a well-funded idea can really make a difference and raise the research profile of an institution. In Copenhagen I saw a lot of interesting projects presented at works-in-progress symposia dealing with topics from Blaxploitation film to The Real Housewives to cultural representations of U.S. urbanization. I loved the work-in-progress series at Copenhagen so much that I brought it back with me to Mississippi. It was great to present my material to a very different audience, yet because CTAS is multidisciplinary, everyone was able to ask important questions from a variety of perspectives, which helped shape my own project. There were also many guest scholars coming in from Germany, England, Austria, the U.S., and other universities around Denmark. CTAS was constantly hosting speakers which made me feel like I was part of a larger European network. 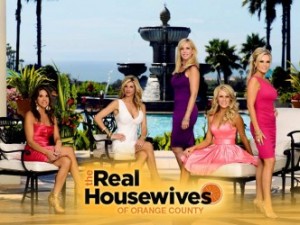 What was also different from Mississippi was the proximation of other non-U.S. related projects (from areas such as British Literature, post-colonial literature, Australian Studies, etc.) that were all happening simultaneously and really opened my mind to trends and similarities. In conferences in Copenhagen, people from other fields – such as linguistics – would come and support the event and offer a different perspective. That happens less frequently in Mississippi (in the humanities at least), where people generally stay within their departments.

RM: Given your own travels, where do you stand on the notions of transatlanticism and transnationalism that have been so influential in defining American Studies in recent years?

ERF: I suppose I am of a generation who has only known American Studies as transnational. However, I realize many problems have yet to be resolved – especially the danger for U.S. scholarship to colonize the work of other foreign discourses into a Western or rather U.S.-centric tradition under the auspice of the transnational. For non-U.S. scholars, American Studies has always been conceived comparatively, so the idea of a “transnational turn” is in danger of being patronizing unless there are more evenly weighted conversations. My greatest concern with the “recent trend” is that it does not necessarily conclude in transnational relationships with scholarship from institutions beyond its borders. I know there are efforts towards this, such as the Hemispheric Institutes at Duke and New York University, but I wonder to what degree the International American Studies Association (IASA) has been integrated into the American Studies Association (ASA) … and why on earth are they separate? I hope that future generations can figure out ways in which to establish more transnational scholarly conversations and make them lasting and meaningful.

Elizabeth Rodriguez Fielder completed an MA in American Studies at Columbia University and is currently undertaking her PhD in the English Department at the University of Mississippi. Her research focuses on grassroots activism and literary aesthetics in the 1960s and 1970s. In 2012–13, she was a Research Assistant in the Centre of Transnational American Studies (CTAS) at the University of Copenhagen, where she also taught classes on American literature.
View all posts by Elizabeth Rodriguez Fielder →
Tagged  C21, Cultural History, Politics, Popular Culture, Presidents.
Bookmark the permalink.