Richard Martin: What model of American Studies do you pursue at the West University of Timisoara?

Cristina Cheveresan: The American Studies MA programme at the West University of Timisoara, Romania, is an interdisciplinary study programme, aimed at offering a comprehensive view of contemporary American phenomena by going back to the roots of American culture, civilization, literature, politics, religion(s), etc. Meant to initiate its students into a variety of fields which, together, articulate a coherent, cultural studies perspective on today’s America and its prominent role in the world, it sets out to train future researchers in the field and to equip them with the necessary tools of in-depth knowledge and critical thinking.

Our diverse curriculum addresses four main categories: civilization and society; literature and culture; current debates and discourses; and research and methodology. American Fulbright lecturers have helped make the programme even more attractive, as their insight is, in itself, a precious resource. The programme organises its own events (symposia, (video)-conferences, workshops), and the American Studies team tries to give MA students the opportunity to present, discuss and publish their work. Upon graduation, our MA students can continue their studies by enrolling in the PhD programme at the West University of Timisoara.

RM: You recently edited a collection of essays by students on contemporary issues in American Studies. What do you think this book might tell us about how young scholars today are approaching the study of the United States?

CC: As stated in my preface to the volume, Studying America in the 21st Century is an ambitious project, a generous sample of work(s) in progress. All the articles included have resulted from a group of passionate MA and PhD students’ research projects, seminar papers and presentations, classroom activities and discussions. Whether or not their opinions are similar to their American peers’, their perspectives are rendered particularly engaging precisely by their culturally different background and by their insights into the objects of study.

The book consists of seventeen essays, mainly focusing on American literature and culture. From sports and politics to advertising and video games, from the artistic and social manifestos of the twentieth century’s most heated public and private debates to the provocative tenets of postmodernist experiments, the reader is offered a moving panorama of the United States. The volume proves the inherent diversity of American Studies, of the interest and awareness it raises both within and without the United States, and of the critical response its various interconnected disciplines may trigger from students and specialists around the globe.

RM: You’ve been involved in American Studies seminars across Europe, including events at the Salzburg Global Seminar and the UCD Clinton Institute. How have these multi-national seminars shaped your own research and thinking?

CC: Becoming an American Studies scholar at a time when the field was just beginning to take off in Romania was a rather daring career choice and a tremendous professional opportunity. It has, in time, given me the chance to travel, study, enhance my knowledge, get first-hand information about the realities of my field of research, participate in high profile academic events around Europe and the United States, meet an impressive array of specialists, get in touch with colleagues from almost every corner of the world, exchange ideas, verify hypotheses, and thoroughly discuss some of the most intricate and intriguing current issues. My participation in events at the Salzburg Global Seminar and the UCD Clinton Institute, alongside the School of Criticism and Theory at Cornell, the ACS Summer Institute in Ghent, and the Fulbright Summer Institute at Northern Illinois University, has transformed me from an avid observer of to an active participant in international academic debates.

Such multi-national seminars are seminal to the advancement of the fields of research they address, as they rely on intellectual dialogue and offer it a favourable context. Due to such events and their praiseworthy organisers, I have had the chance to listen to and engage in conversation with fascinating academics from every part of the world; I have heard professors, writers, and editors whose books I have admired for a long time and whom I never thought I’d be able to see in person; and I have grown in more ways than one. I have established long-lasting academic connections and I have made invaluable friends.

RM: Having translated as well as written and edited books, how have questions of language affected your own scholarship?

CC: I have grown up in a multicultural environment, in western Romania’s most important city, Timisoara. The proximity of two frontiers (the Romanian-Hungarian and the Romanian-Serbian) and the peculiar history of the Banat region have shaped a closely-knit community of Romanians, Hungarians, Serbians, Germans, and Jews living together without the friction that might be encountered in other contact zones. It was probably this medley of cultures and languages, alongside my family’s influence, that made me want to specialise in the study of languages. Having majored in English, minored in French, and studied bits and pieces of others along the way (Russian, Dutch, Italian, Spanish, Portuguese), I have always been aware of and interested in the linguistic aspects of identity formation and cultural negotiation.

My study of the United States itself has inevitably included questions of language, particularly due to my special focus on ethnic and immigrant literature(s), which feature such issues prominently, as part of the intricate experience of self-articulation, self-adaptation, and self-definition. As an element of effective communication and as an essential marker of belonging, language shapes individual and communal experiences. In the context of literary and cultural studies, its importance becomes easily apparent, as it can equally unite and segregate, depending on the circumstances. It can serve noble and perverse purposes alike, it lies at the heart of both illumination and indoctrination, and therefore mastery of language is a most powerful tool. Personally and professionally, I have fully benefitted from my command of languages: being able to express oneself and help others do the same makes one a true citizen of the world and there is still a significant part of it that I look forward to discovering and inhabiting, both physically and spiritually. 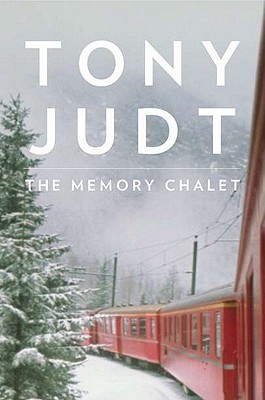 RM: Finally, you completed the Romanian translation of The Memory Chalet by Tony Judt, a historian who became a prominent public figure on both sides of the Atlantic. Has Judt been an influence on your own work?

CC: I strongly believe Tony Judt can and should be an influence on anyone trying to understand the evolution of the modern and contemporary world. His monumental Postwar: A History of Europe since 1945 is a most splendid example of intellectual prowess, the perfect illustration of the workings of the brilliant mind behind it. In 1998 Judt visited Timisoara; his dialogue with members of the Third Europe Foundation (The Center for Comparative Central and South-Eastern European Studies) turned into a full volume (Europa iluziilor/ The Europe of Illusions) which made me, a student at the time, decide to embrace cultural studies and incorporate Central-European literature in my future PhD research. The comparative project I consequently undertook proved highly rewarding and informative and shaped my intellectual profile and affinities to a great extent.

Having the opportunity to translate The Memory Chalet into Romanian was, firstly, an honour. Secondly, it was a challenge, a pleasure, a bitter kind of joy, and a journey into (self-)discovery. I saw the book published in the fall of 2010, as I was spending a semester at Harvard on a Fulbright research grant. It was just months after Judt had passed away and very shortly before my own father succumbed to his own terminal illness. Upon my return to Romania, in 2011, this particular translation project seemed like the best professional way for me to come to terms with my own loss and understand all things unsaid. While being a highly emotional personal experience, it was also a cultural treat, an encounter with the clarity, the beauty, the sharpness and the extensive knowledge of a most alert mind, ironically trapped into an immobile body.

At the exact same time, the Director of the American Studies Program in Timisoara, Professor Mircea Mihaies, was working on a comprehensive and touching monograph dedicated to his late friend, entitled Ultimul Judt/ The Last Judt. The book appeared simultaneously with my translation of The Memory Chalet, to notable public acclaim. Together with Europa iluziilor/ The Europe of Illusions, it would be well worth translating Ultimul Judt/ The Last Judt into English, as a unique and valuable addition to Judt scholarship. Beyond my special relationship with the translated manuscript, I find The Memory Chalet one of the brightest, most enriching, saddest memoirs ever written. It transforms its reader and influences the way in which s/he looks at life. It has certainly changed mine.

“The show will go on”: the successes of Trump and Sanders push back the end of the primary elections
'Is It Because I’m Black?': The Music Industry, Image, and Politics in the Careers of Syl and Syleen...
American Studies in Europe: Introducing the Interview Series
Nantucket as a Summer Holiday Destination
White American Women in Paris and the Life of Literary Modernism
Judge Dredd’s Burger Wars: Intellectual property, self-censorship and new exceptions
The Indentured Atlantic: Bound Servitude and the Literature of American Colonization (Part Two)
As American as Apple Pie: U.S. Female Converts to Islam

Cristina Cheveresan is an Assistant Professor at the West University of Timisoara, Romania. She teaches modern and contemporary American literature and culture, and is Assistant Director of the MA programme in American Studies. She was a Fulbright Scholar at Harvard and is currently a Fulbright Ambassador.
View all posts by Cristina Cheveresan →
Bookmark the permalink.