Constantijn Smith: In my experience, in Groningen asking theoretical questions and thinking dialectically about both (America’s) past and present is paramount. Students use theory and history simultaneously to historicise and theorise the issues that interest them. Additionally, the department tries to stimulate undergraduate research and the development of analytical skills by giving students significant freedom when choosing assignment topics. Nevertheless, this freedom is also challenging because it forces one to focus and consider specific interests within a dynamic and arguably expanding discipline.

No field of study should be mono-disciplinary, and the best way to comprehensively immerse oneself, especially when studying a region and a people, is to approach issues, events and phenomena from different perspectives, and to look for intersections. For example, one cannot simply take (or teach) a class on race without taking into account issues of class and gender. Similarly, since the United States is an immigrant nation with a rich colonial history, traces of which stretch the entire hemisphere, students do not solely study ‘America’, but rather ‘the Americas’. The programme is demanding and the level is high, but so is the level of its graduates, which makes it all worthwhile, in my opinion. 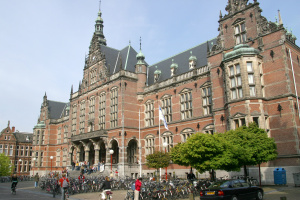 RM: Having undertaken your undergraduate and postgraduate work in Groningen, have you noticed any changes in your department’s approach to American Studies?

CS: I’ve seen both the BA and MA programmes in Groningen change over the years, offering more elective and specialised classes (ranging from a class on the American Musical to a class on war in literature), as well as adopting a true interdisciplinary approach by redesigning BA courses to avoid something that’s mostly multidisciplinary. The current MA programme is also being redesigned to offer something akin to American leadership programmes.

When I started as an undergraduate, each discipline had a dedicated unit: a literature class, a history class, a theory class, and so on. However, the department has since integrated all these classes into two comprehensive units (or tracks) that do not discuss these topics in isolation from one another. These units, ‘Theories of Culture’ and ‘The Americas’, are followed by all students throughout their entire undergraduate career, and they simultaneously deal with history, theory and literature.

I don’t know exact numbers, but this does appear to be resonating with prospective students, as the number of first-year American Studies BA students has been growing quite exponentially (with a great deal transferring from other European countries).

RM: How does the department approach Canadian and Latin American Studies?

CS: While the United States is still the primary object of study for the majority of the classes, one cannot approach American culture without looking at Canada and Latin America. Consequently, part of the programme’s aforementioned interdisciplinary focus is a hemispheric approach, and the department is fortunate enough to have several members who specialise in Latin America and Canada.

Sessions within both ‘The Americas’ and ‘Theories of Culture’, but also complete undergraduate and MA classes, are dedicated to US-Latin America relations, and to discussion of specific nations. For example, students discuss border relations between the US and Mexico, as well as reading texts from Chicano/a culture. Additionally, one of the elective ‘Special Topics’ classes in which students ‘zoom-in’ on a specific area deals with minorities in Canada and Canadian cultural identity. As a result, if someone’s interested in Canada or the borderlands, they have the chance to explore that in detail.

RM: What topics are the students you teach at Groningen most interested in pursuing?

CS: The scope of what students are interested in spans many areas and disciplines; it’s difficult to provide a definitive answer. I can relate to this quite well. While my own research is indeed on Titanic, what I truly enjoy about American Studies is that it also allows me to explore many other passions. The question of abolitionism in relation to animal rights in the United States (the current SeaWorld debate, for instance) fascinates me. In addition, I’m very interested in theories of stardom and celebrity culture in relation to our postmodern sensibility, which is what I explored in my MA dissertation.

That said, popular culture is, of course, very popular among students. Many enjoy analysing their favourite films, television shows, and cultural icons/products, and as a programme we encourage the development of sophisticated analytical skills. I also find that there are many students interested in American politics (foreign policy matters in particular), perhaps because of the dissimilarities this topic holds with politics in the Netherlands. Since we allow students a great deal of freedom when it comes to research projects, I may read one paper on race relations in an obscure 1940s Indiana sports team, whereas the same assignment might inspire another student to write on the representation of the physically handicapped in a popular television show. Similarly, some students already have an ambitious career trajectory set out; some already know they wish to be journalists – one student even told me he wants to be a diplomat – while others are still searching. 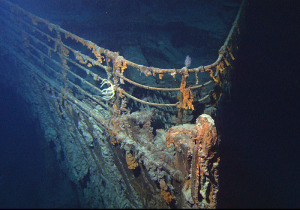 RM: Your PhD project explores American cultural memory in relation to RMS Titanic. How has the response to more recent traumatic events in US history – such as 9/11 and Hurricane Katrina – shaped your research?

CS: I think traumas such as those force an inadvertent and perhaps subconscious resurfacing of Titanic, which helps frame perception of these events. Historical traumas, such as the sinking of Titanic, follow and create social scripts that are used in order to remember particular events in the past and future. I’m very curious to see what will happen to the memory of events such as 9/11 and Katrina in several decades’ time. Like Titanic, the World Trade Centre encapsulated American society – from its undocumented Mexican workers in steerage to its business executives in first class, all of whom shared a similar fate.

Ever since the 1980s and the growing interest in (cultural) memory studies – which has coincided with an acceleration in our temporal sensibility, as well as the discovery of Titanic’s wreck – we see a trend to ‘museumize’, remember, and represent in an effort to ‘not forget’. Titanic is a rather exceptional case, not solely because of its mythical status and the ease with which it has been romanticised, but also since it is a trauma currently without witnesses. Nevertheless, we all seem to remember Titanic. In a similar fashion to more recent traumatic events, Titanic still forces a constant negotiation of all the different witness narratives and degrees of memory. Since these are traumas that are deemed to be of great significance and not to be forgotten, we try to represent them, which in Titanic’s case has arguably become hyper-representation. Yet, what all events following this script share is an inability to be represented through a single narrative, such as a film. This results in the perpetual urge to remember something that is not in danger of being forgotten.

RM: Where, in international terms, do you tend to look for new and innovative approaches to American Studies? And do you think we can define a specifically European or US approach to the discipline?

CS: For me, travelling to different conferences, mainly in Europe, and meeting scholars and researchers from every corner of the world is what really inspires innovative approaches. For example, I recently participated in a conference in Oxford, UK, on ‘Time, Space and the Body’ – since those are all intersecting themes in my own research. While the speakers in attendance weren’t solely humanities scholars (or Americanists), but were also architects and dancers, it’s really these types of events, regardless of locale, that seem the most fruitful, as the attendees suggest new insights into one’s own research in American Studies. I’m not suggesting that American Studies, as a discipline, is too narrowly focussed. But for me, it’s a discipline that is, by definition, interdisciplinary.

As far as delineating between a US and European approach, I’m not sure I can. Last year, I visited the International American Studies Association’s Sixth World Congress in Poland, and I distinctly remember a rather heated roundtable debate regarding the aforementioned hemispheric approach. I’m aware that some observers, for fear of relativizing the discipline, contest a hemispheric approach, but I wouldn’t be able to ascribe a specific approach to a specific region because it really seems to depend on individual scholars’ interests. Ultimately, while American Studies as a discipline suggests a field of regional study, it has become a global discipline.

Spaces of Empire: Two Early Modern Views from both sides of the Atlantic
Youth Politics and Dispelling the Image of The Terrible Turk with Selma Ekrem’s Autobiography, Unvei...
“There wouldn’t be an America if it wasn’t for black people": Programme Review of the University of ...
Disavowal of the Innocent: ‘Sally the Sleuth’ and the Survivor Narrative
Designing a Module, Redux: Or, Why We’re Watching Buffy Again This Year
Just one day to go: primaries are nearly over
The religious life of Malcolm X
Beyoncé’s 'Lemonade': A Complex and Intersectional Exploration of Racial and Gendered Identity

Constantijn Smith is a PhD candidate and Lecturer at the University of Groningen, where he also completed his BA and MA degrees. His doctoral thesis examines the American appropriation of the sinking of Titanic.
View all posts by Constantijn Smith →
Tagged  Europe, Interviews.
Bookmark the permalink.