In contemporary American society, being against “multiculturalism” is a lot like being against “baseball, apple pie, hot dogs, and Chevrolet.”  It is as much of a part of American ideology as the rugged individualism of the American Cowboy or the self-sacrifice of the American citizen soldier. American institutions routinely celebrate America’s diversity and those who are brazen enough to challenge the merits of these celebrations are seen as being crude anachronisms from an America that no longer is.

Often, the terms diversity and multiculturalism are conflated and used interchangeably. We must come to accept that multiculturalism is only a euphemism for what can only be described as the myth of diversity and not diversity itself.  Arturo Madrid writes “diversity, from the Latin divertere, meaning to turn aside, to go different ways, to differ, is the condition of being different or having differences in an instant of being different” (quoted in McCarter, 2005).  Madrid’s definition is substantially similar to the Oxford English Dictionary which defines diversity as being “the condition or quality of being diverse, different, or varied; difference, unlikeness.”  The OED cites a quotation from 1885 as an example of how the word diversity can be used contextually: “unity does not exclude diversity nay more, without diversity there can be no true and perfect unity” (OED Online).  Therefore, diversity, by its own definition, is something that is in a constant state of flux, a constant state of becoming – a concept that cannot be codified and taught as an ism.  Diversity resists the homogenous discourse of an established order – it is, by definition, a constantly changing disorder. For Arturo Madrid, “diversity introduces complications, is difficult to organize, is troublesome to manage, is problematical” (quoted in McCarter, 2005). 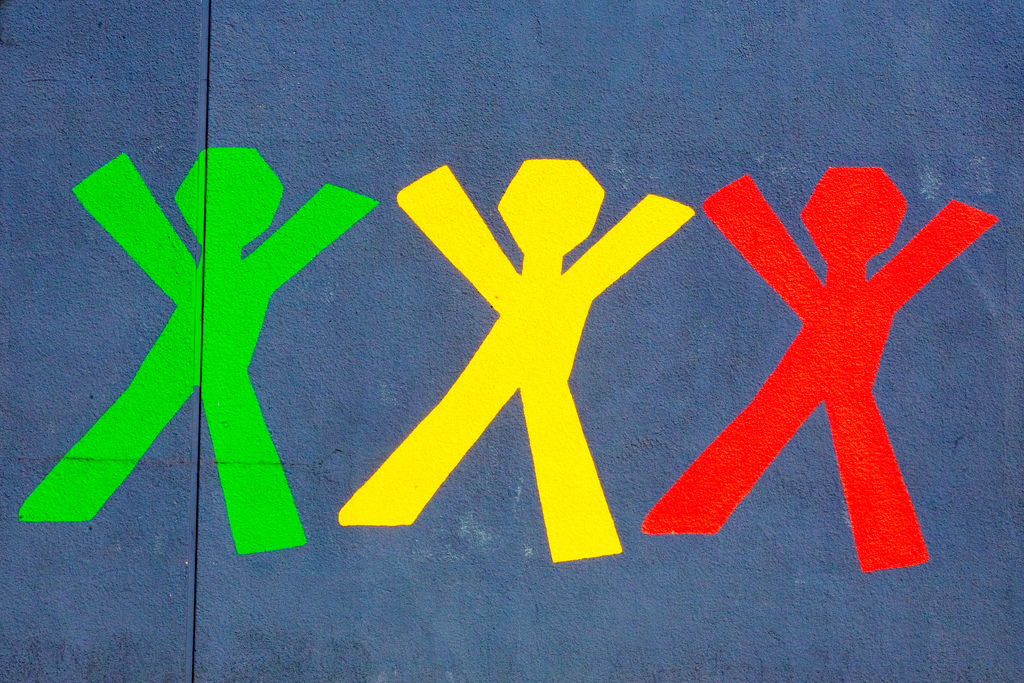 Russell Jacoby, Professor of History at UCLA, suggests in The Myth of Multiculturalism that multiculturalism is a kind of diversity that is comfortable within the economic system of capitalism (Jacoby, 1994). Jacoby claims that while multiculturalism is a dominant and new ideology, it “flourishes as a program while it weakens as a reality” (Jacoby, 1994).  Walter Benn Michaels, Professor of English at the University of Illinois at Chicago, sees multiculturalism in very similar terms when he writes that it is “one of the technologies for reconfiguring ideological difference as cultural, linguistic, or even just geographical difference” (Michaels, 2006). In contemporary America it is difficult to claim that multiculturalism has, at its core, ideological differences that are often recast as merely cultural differences. The philosopher, Francis Fukayama argued that the progression of human history as a struggle between or among ideologies is largely at an end due to the triumph of neo-liberal capitalism (3-18). However, for Michaels, the real effect of the end of history has not been to get rid of difference but to transform it, to replace the differences between what people think (ideology) and the differences between what people own (class) with the differences between what people are (identity).  Only at the end of history could all politics become identity politics. (Michaels, 2006)

While multiculturalism and the “inclusive society” that is supposed to accompany it, is posited as being a triumph of America’s neo-liberal capitalist democracy, it does not serve democracy as a democratic society depends upon its citizens’ ability to understand the ways that power works to undermine the common good.  Multiculturalism does not facilitate this understanding – it stifles it.

“In the United States, the term multiculturalism is often linked with surface-level diversity.  People of color in leadership positions are cited as examples of our move toward a society that truly values diversity.  The so-called ‘black face in a high place’ is therefore evidence of our commitment to multiculturalism” (Davis, 2005). 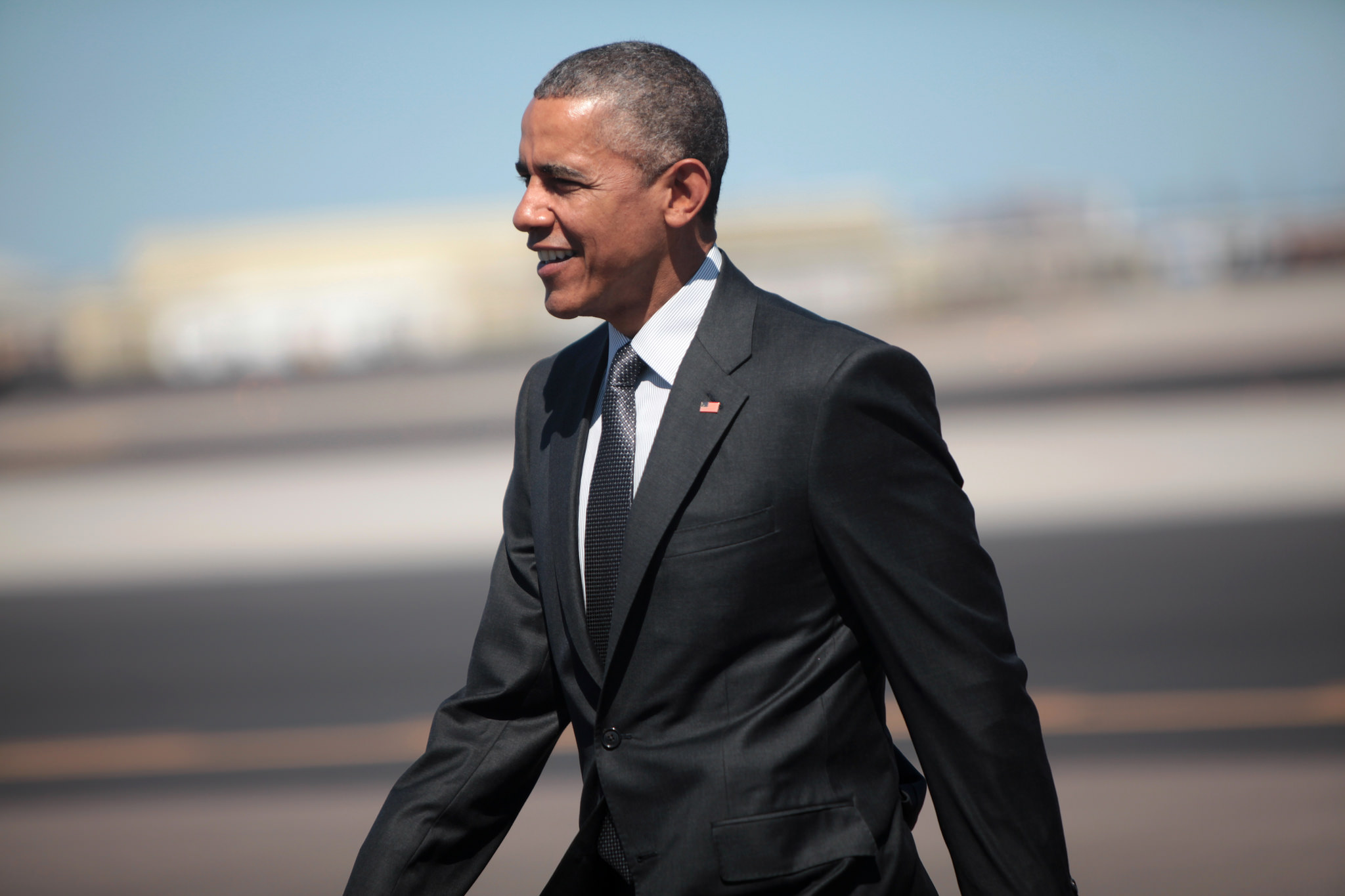 ‘Barack Obama served two terms as President of the United States and this ‘black face in a high place’ has not changed the economic and social inequalities experienced by African-Americans.’ Photo credit: Gage Skidmore

While the “surface level diversity” of the new and dominant ideology of multiculturalism promotes the myth of diversity, it does not resist the hegemony of the dominant class of American society. If we look at the current state of American society, we must admit that Davis is right.  Barack Obama served two terms as President of the United States and this ‘black face in a high place’ has not changed the economic and social inequalities experienced by African-Americans. Dan Chamberlin illustrates how multiculturalism is a new and dominant ideology that is not connected to social and economic justice, but instead is a technology of power used to bring difference into the realm of consumer capitalism. He writes “there is a veritable mini-industry devoted to identifying social subsets […] on the theory that correct labels will foster self-esteem or pride” (quoted in McCarter, 2005).  However, one must ask, “Is it really self-esteem and pride that is being fostered as a result of this new and dominant ideology of multiculturalism, or is it just a more polite form of cultural imperialism?” While multiculturalism is posited democratic necessity, America’s multiculturalism is only a valuable concept if it does not interfere with capitalism, but reinforces and extends the empire of consumer capitalism. Not only do these “mini-industries” promote the commodification of culture, but they also promote Davis’ ‘black face in a high place’. This allows institutions to demonstrate their commitment to diversity without having to acknowledge real economic and social justice.

The ideology of multiculturalism serves two very important purposes: it creates new cultural commodities which mean new profits for the industries who sell them to consumers. It also functions as an “ideological state apparatus” that shifts the focus of American racism, sexism, and bigotry from being a system of exclusion to a system of inclusion in terms of identity without ameliorating the class inequalities that come from systematically denying access to social, political, economic, and cultural capital. By doing so, this ideological shift ensures that “social and economic justice are not connected with the prevailing view of what it means to have a multicultural society (Davis). Americans need to be mindful that this new and dominant ideology of multiculturalism is manufactured by the same capitalist system that brought Americans racism, sexism, and bigotry in the first place.

Althusser, Louis (1971).”Ideology and Ideological State Apparatuses”. Lenin and Philosophy and other Essays. pp.121–176. Translated from the French by Ben Brewster

Michaels, W. B. (2006). The Trouble With Diversity: How We Learned to Love Identity and Ignore Inequality. New York: Metropolitan.

William Matthew McCarter is a writer and a college professor from Southeast Missouri. After completing the PhD at The University of Texas-Arlington, McCarter has primarily been writing and publishing work that brings attention to his native rural America. He has published academic work in several academic journals like 'Teaching American Literature: A Journal of Theory and Practice', 'Fastcapitalism', and 'The St. John’s Humanities Review'. McCarter is also a fiction writer and was nominated for a Pushcart Prize for his short story, “On the Road in ’94.” His most recent creative publications have been in 'The Dead Mule School of Southern Literature', 'Midwestern Gothic' and 'Fried Chicken and Coffee'. He has also published book reviews in 'Wilderness House Literary Review' and in 'Southern Historian'. In addition, his first academic book, 'Homo Redneckus: On Being Not White in America' was published in March of 2012. McCarter, along with his colleague, Vicki Sapp, edited an anthology on White Trash literature called 'Trash Told Tales'. It was published in November of 2014.
View all posts by William McCarter →
Tagged  African American Culture, C21, culture, Multiculturalism, Obama, Politics.
Bookmark the permalink.