The American Comparative Literature Association usually holds their annual meeting in the US, but this year it was at Utrecht University in the Netherlands. The conference was spread out across the small city, and featured an impressive selection of keynote speakers including Mieke Bal, Rey Chow (Duke University), Trinh T. Minh-ha (University of California, Berkeley). Given the size of the conference, there were numerous panels and ‘streams’ to choose from. This review focuses on one in particular: the Posthumanist Modernism seminar series that ran for three days, offering a selection of papers that focused on anti-humanism and the nonhuman in Modernist writing and art from across the globe. 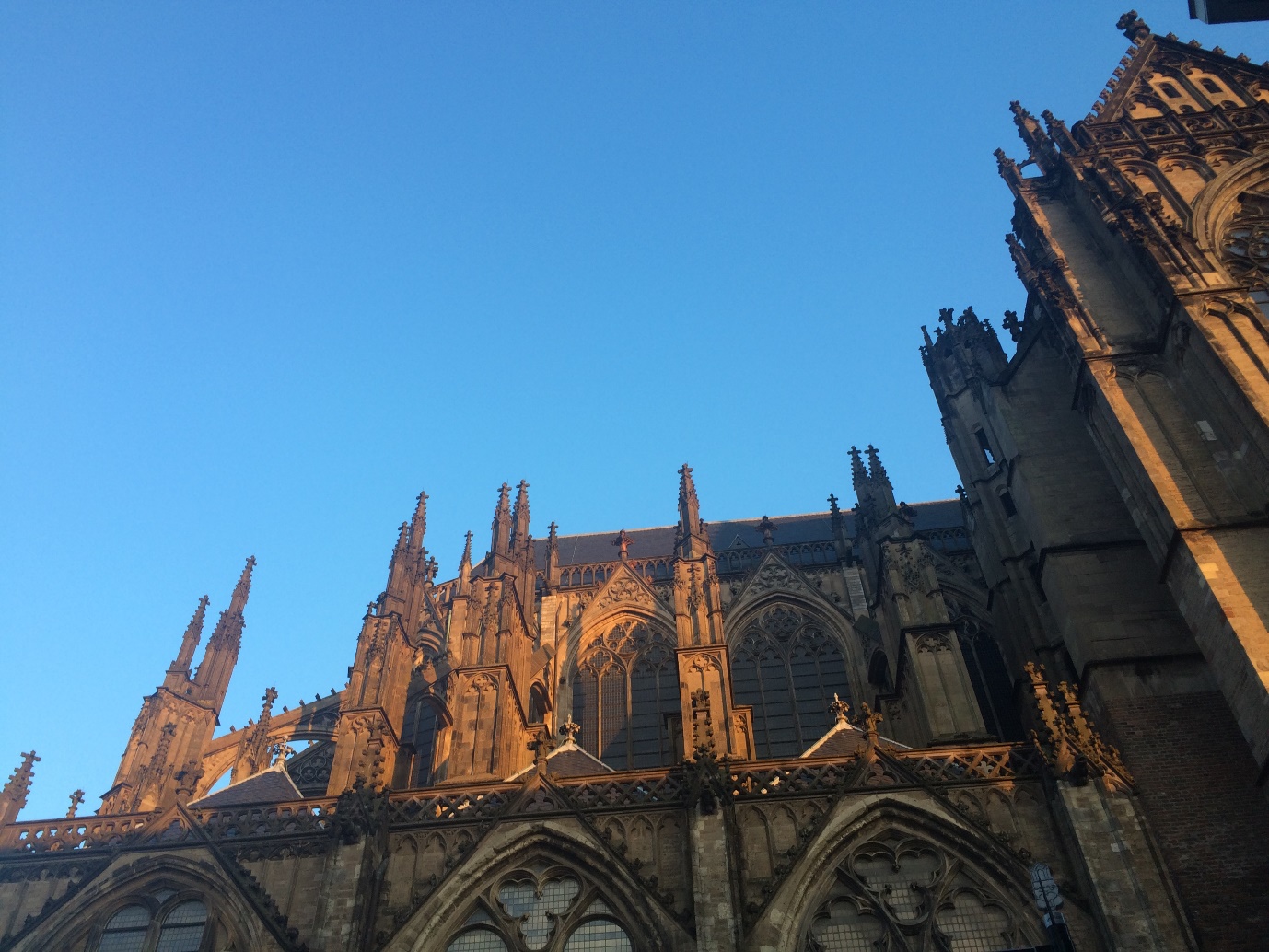 According to one of the organisers, Alberto Godioli, the seminar series was prompted by two deceptively simple questions: What is modernism? And what is Posthumanism? The former question has been the subject of debate for years. The latter is the title of Cary Wolfe’s ground-breaking 2010 book on the subject. Godioli noted that the comparative, ‘transnational spirit of our seminar allowed us to fully embrace the diversity of theoretical and philosophical traditions dealing with our species in relation to the nonhuman – from Braidotti and Wolfe to Nancy, Derrida and Esposito.’ This international, comparative approach to these slippery concepts was a refreshing alternative to the often Anglo-centric focus of Modernist Studies in Britain.

The seminar discussions made it clear that multiple intersecting (and often emergent) concerns and approaches within the humanities seem to fall under the umbrella term Posthumanist. These include anti-humanism; animal studies; thing/object theories; new materialism; material culture studies; approaches to cyborgs and new technologies; as well as discussions regarding ecology, environment, and the Anthropocene. If the Posthuman refers to anything after humanism, and/or regarding the nonhuman, then the term’s parameters are difficult to define. As such the series had nearly unrestricted scope, covering each of these fields.

Animal studies is a relatively young but rapidly growing field of research, and several papers focused on nonhuman animals in modernist literature. Derek Ryan (University of Kent) and Vedran Catovic (University of Michigan Ann Arbor) presented on bovine modernism. Catovic introduced a little-known, anti-nationalist short story by Radoje Domanovic told from the perspective of a Serbian ox, highlighting the subversive potential of imagining nonhuman points of view. Meanwhile Ryan discussed Katherine Mansfield’s retreat to a ‘cow-shed’ as a cure for tuberculosis. He suggests that her celebration of the ‘cowiness of the cow’ is anthropomorphic but not, crucially, anthropocentric. The often ambivalent relationship between these two terms was central to our seminar discussions. 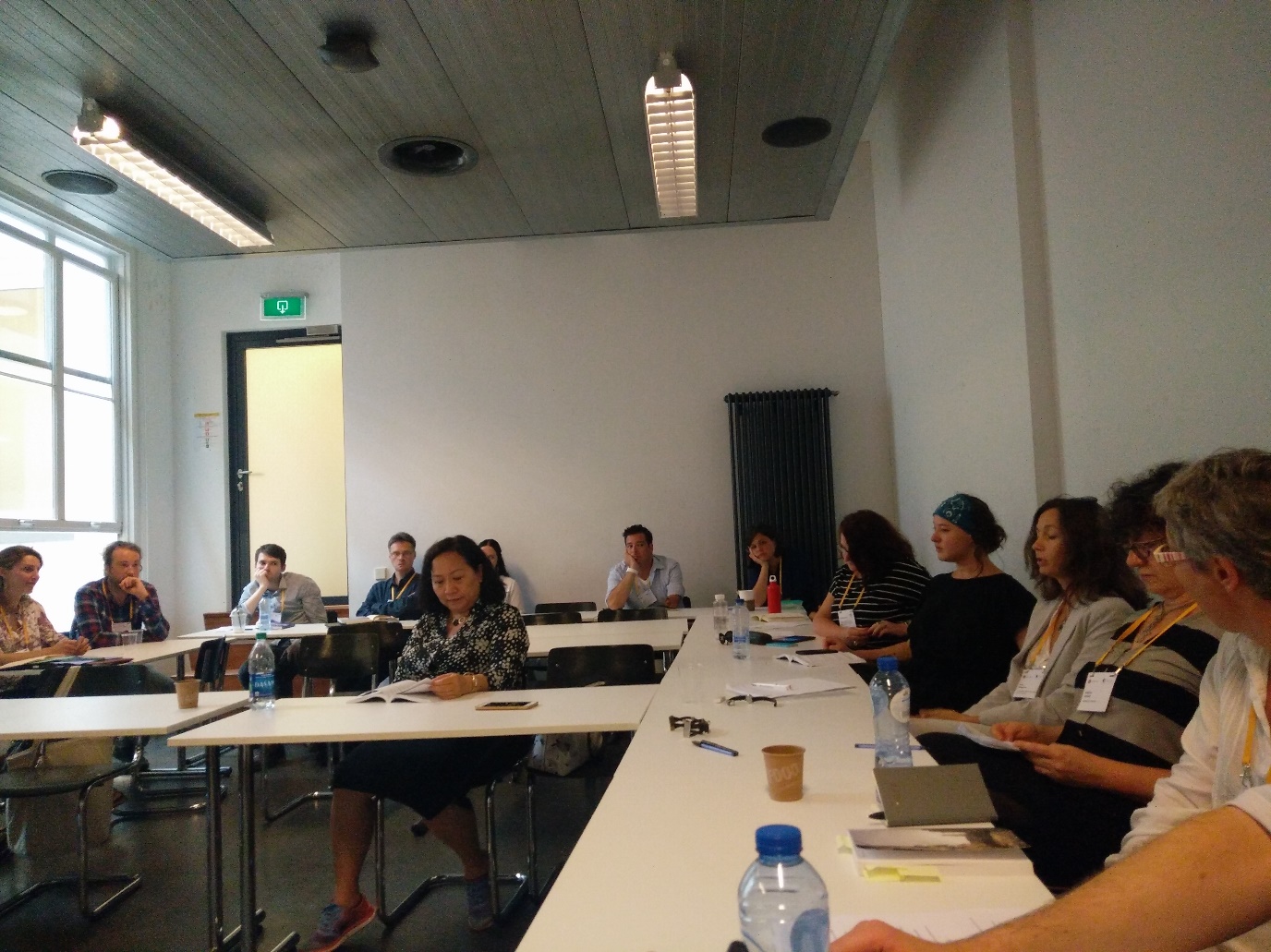 Beasts capture the modernist imagination, and are themselves captured in zoos, feather fashions, and faux-taxonomical illustrated animal guides. Asiya Bulatova (Nanyang Technological University), discussed the writing of Viktor Shklovsky, and explored the figure of the caged ape vis-à-vis the trope of the Modernist in exile. Saskia McCracken (University of Glasgow) spoke about the anti/colonial politics of Virginia Woolf’s involvement in the Plumage Bill debate and controversial feather fashions in the 1920s. Sarah Bonciarelli (Ghent University) analysed the illustrations of animals in Aldo Palazzaschi’s bestiary Bestie del ‘900. These creature-focused papers demonstrate an international Modernist and Posthumanist preoccupation with nonhuman animals, and the papers raised ethical discussions regarding how and why writers engage with animal bodies, imagery, and politics.

Objects and environments were also central to the ethics and aesthetics of several modernist authors and artists. American writer Djuna Barnes wrote short stories which de-centered the human in favour of assemblages of furniture and artworks, as discussed by Laura Oulanne (University of Helsinki). Vera Alexander (University of Groningen) spoke of painter and writer Emily Carr ‘wrestling for space and equal value for different creatures’ through an aesthetic of the anti-human sublime. Beata Piatek (Jagiellonian University) then argued that contemporary writer Graham Swift engaged with Rosi Braidotti’s concept of the ‘shared ties of vulnerability’ exposed by climate change: his farmer characters’ livelihoods are as vulnerable as the land and creatures they depend upon. Indeed, Braidotti’s 2013 book, The Posthuman, was a touchstone throughout the seminars. 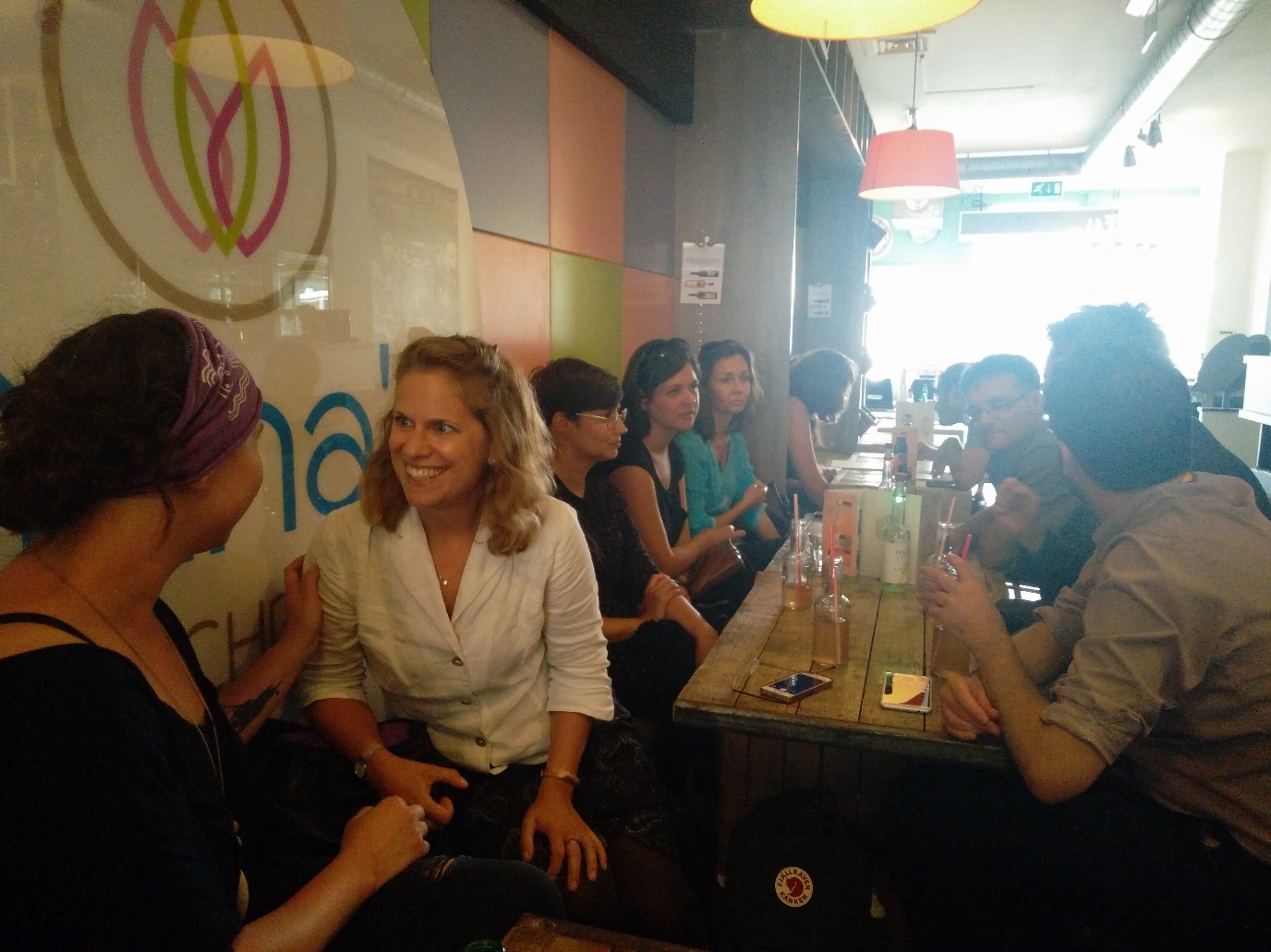 Posthuman subjectivity was a primary focus of several papers, with Ernst van Alphen (Leiden University) argueing that stream of consciousness, with its ‘excessive’ introspection, enabled modernist writers to rethink human subjectivity through over-exposure to what he calls ‘think-drive’. Where van Alphen considered Modernist minds, Hedwig Fraunhofer (Georgia College and State University) spoke about Modernist bodies. She claimed that August Strindberg’s play Creditors destabilises concepts of human superiority, with epileptic seizures revealing the alterity of body to itself. Eugenio Bolongaro’s (McGill University) paper focused on the ethics of post/nonhuman connection in two Italo Calvino stories that feature protagonists in physical and psychological crisis as they encounter alterity. Bolongaro urges us all to embrace, as he states Calvino does, the end of humanity and humanism as we know them.

Posthumanism and the sciences were also an important topic in the series, despite the noticeable lack of research regarding prominent theorist Donna Haraway’s work on cyborgs and interspecies relations. Angela Fernandes (Lisbon University) introduced many of us to Ramón Gómez de la Serna, the Spanish writer who created the one-man movement of Ramónism, and whose writing parodies humanist scientific endeavour. New technologies were celebrated in Pavilna Radia’s (Nipissing University) paper on early twentieth century writer and choreographer Valentine de Saint-Point’s ‘metabodies’ which, she suggests, anticipate the controversial recent Michael Jackson holograph. The sciences then, are both crucial to humanist practises, and enable Posthumanist possibilities and subjectivities, with this holograph as an example of an unlikely and tenuous potential modernist legacy. 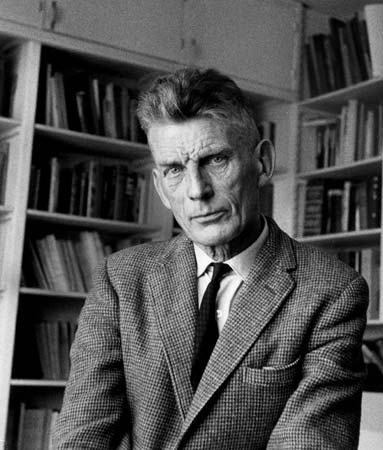 Samuel Beckett, whose work was the subject of one of the panels

One panel was dedicated to the work of playwright Samuel Beckett, approaching his writing from three angles: rethinking (humanist) logos through the ‘animal inside’ (Laura Lainväe, University of Paul-Valéry, Montpellier 3); writing the limits of the human through crises of language and epistemological breakdown (Erika Mihalycsa, Babes-Bolyai University); and an aesthetics of negation that disavows both humanism and vitalism (Marc Farrant, Goldsmiths University). The ensuing discussion seemed to confirm Beckett as non-humanist, if not anti-humanist.

Two of the seminar organisers offered models for approaching the series’ theme. Godioli (University of Groningen) proposed a ‘Posthumanist continuum in Italian Modernism’, featuring at one end a euphoric celebration of biodiversity, at the other, cosmic irony, and exemplified by writers Pirandello, Palazzeschi and Gadda. Marco Caracciolo (Ghent University) offered a typology of metaphors for non/human ‘enmeshment’ (referring to theorist Timothy Morton’s work). These categories were useful for considering approaches to what Federica Pedriali (Edinburgh University), in her paper, called the reconciliation of the human and animal – the humanimal – and the end of anthropocentrism.

The prevalence of Posthumanist studies in current scholarship was evidenced by several ACLA conference panels beyond this seminar series, which featured papers on the Anthropocene, beastly poetics, and ecocriticism.  The questions proposed for the seminar regarding definitions of Modernism and Posthumanism remain open, perhaps unsurprising given their scope. Yet the usefulness of these discussions should not be underestimated, identifying and exploring a range of possible and intersecting subcategories in this rich, three-day immersion in the world of Posthumanist Modernism.

Saskia is PhD candidate at the University of Glasgow, funded by the College of Arts PhD Scholarship. She specialises in Animal Studies and the writing of Virginia Woolf, and has an MLitt in Modernities. She has published on Katherine Mansfield in eSharp, and on Woolf in the Virginia Woolf Miscellany. Saskia also writes theatre reviews, short stories and other experimental pieces, and has been published in zines including FRONT HORSE, Noted, SPAM, and Splinter.
View all posts by Saskia McCracken →
Tagged  American Literature, C20, C21, Comparative Literature, Modernism, Posthumanism.
Bookmark the permalink.