A Woman’s Place is in the Resistance

100 Years of Writing against Complicity

A Woman’s Place is in the Resistance

100 Years of Writing against Complicity

The question ‘how can writing escape complicity?’ is gaining new urgency. As the 21st century version of nationalist authoritarian politics has internalised the postmodern recognition that language constructs reality, and warped it for its own purposes in Donald Trump’s ‘tweet-politics,’ a literature-focused backlash is developing.  This happens, for instance, in what Huffington Post culture writer Claire Fallon[1] has hailed as “political protest through pointed book-reading” (Nov 2015), when a video of a young woman at a Trump rally went viral. Twenty-three year-old Johari Osayi Idusuyi had sat behind Trump on the podium, taken out a book, and started reading. It was not just any book, but Citizen: An American Lyric (2014) by Claudia Rankine, which delves into the depths of racial prejudice in the USA. The blacklash also occurs in the much more bitingly satirical spoken word poetry by Nina Donovan, who achieved instant fame when her poem was performed by Ashley Judd on the Womens’ March to Washington in January 2017; her “I am a Nasty Woman” appropriates and subverts Trump’s misogyny, and throws his own punchlines back at him.

Yet, even if the technologies used by the nationalist right-wing – from data-based personal profiling in the Trump and Brexit campaigns, to the use of social media –  are specific to the present moment, there is nothing particularly new about the entanglement of language, representation and ideology. Ron Rosenbaum’s enquiry into the parallels between Trump’s rhetoric, and the resistance of the Münchner Post against Hitler, proves how intrinsic such a process of discursive normalisation is to the hollowing out of democracy. [2]  As long as they are emotionally and ideologically charged, it only takes a few repetitions of re-branding the media as “opposition party” (Trump), and the judiciary as “enemies of the people” (Daily Mail), in order for words to reshape worlds.

Crisis, however, is not something that one simply endures, and as James Baldwin reminds us, literature can “lay bare the questions hidden by the answers.”[3] It throws us into disarray, and leaves us scrambling, re-organising, imagining alternatives, clarifying our situation. In this spirit, it is possible to re-read key texts of the 20th century, searching for ways of writing, reading and thinking against complicity. Such a politics of form is particularly notable in hybrid texts, which defy what Jacques Derrida has termed the “Law of Genre,”[4] and offer spaces for practicing subversion. Both the examples I mentioned briefly in the introduction, Donovan’s spoken word and Rankine’s texts, hover between poetry and prose; but they are the newest versions of a poetic practice that runs deeper into a literary history of dissent, and becomes particularly salient when responding to the rise of totalitarianism in the early 20th century. 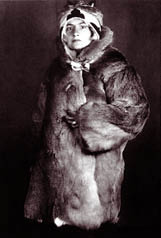 Hybrid practices of modernist prose are located on the borderlines of genres, hovering between philosophical critique and aesthetic production. Thus, they offer a way to gauge the cultural and political significance of literary language. Variably termed “miniatures,”[5] “fragments of modernity”[6] or “hybrid poetics,”[7] one common denominator remains: they are conceived and read as practices of resistance, developing, as Gerhard Richter put it, a “language that has liberated itself from the spell of an alleged historical and political inevitability.”[8] Because they intend “to strike sparks through a kind of intellectual short-circuiting,”[9] their politics aim to challenge the conditions of thought that underlie ideology, and in re-defining the individual’s position in relation to history. After all, you can only dominate what you can name, making hybridity in prose itself a subversive strategy. Despite the tendency to focus on male writers in relevant research, this modernist practice had a strong female (and feminist) dimension. The hybrid prose by Angela Rohr and Mina Loy breaks through the rigidity of a militarist wartime logic and a male-centred understanding of thought itself as dominance; it does so by dancing, laughing, and whirling in what I call a gestural poetics of oppositional thought.

Written in 1914, Angela Rohr’s anti-war text “das Gesicht,” (“the Face”)[10] is such a hybrid text – poetry, philosophical enquiry, and non-fictional prose in one. Despite being promoted by both Rainer Maria Rilke and Bertolt Brecht in her time, Rohr has remained under the radar until the posthumous publication of the autobiography, Im Angesicht der Todesengel Stalins (under the pseudonym Helene Golnipa, Edition Tau, 1989) which, led to her being classified as a survivor rather than an experimental writer. Her prose belies such easy categorisation.

Rohr uses this form to do battle with the absolute reign of death, “the master of their being” (“der Herr ihres Daseins,” 99) in the terror of the First World War. A whirl of textual energies engulfs the reader in a dance that can be described as satanic, not least because of the frequent references to the work of d evils in the ecstatic frenzy of this text. Thought itself is embroiled in the speaker’s blood, cascading through her body,[11] while secrets run through humans like light-footed cats, and the conversation between friends becomes a bundle of flaming fire (97). Given that this is a piece that begins with shockwaves shattering all frames, it is not coincidental that these vital energies have a decidedly Bergsonian touch. This artistic creation, moreover, is an act of resistance. This text searches for a liberated language, which it finds in the immediacy of embodied presence. The ultimate mode of this is laughter, which is both a primary evil and divinely cheerful (“urböse” and “göttlich heiter,” 97). The wild gestures of the dance in “das Gesicht” search for the humane in the reign of terror, and ultimately for the more tender songs (“sanfte Töne,” 100) which begin to blossom after collapse.

Across the Atlantic a writer of the same generation, Mina Loy, similarly defies the labels Dadaist, Futurist, or feminist (among others) that might be used to describe parts of her work. Equally opposing any form of thought and art that presupposes mastery, she is less directly haunted by the spectre of totalitarianism than Rohr, who would later be imprisoned during the Stalinist purges. Yet Loy uses the liminal poetics of transgressive prose writing even more decidedly to counteract the ideas of unity on which ideology necessary relies. Mainly perceived as an avant-garde poet, her prose only began to be published in 1982. Loy uses complicit critique to distance herself from the temptations of Fascism that she only knew too well from her brief affiliation with futurism. 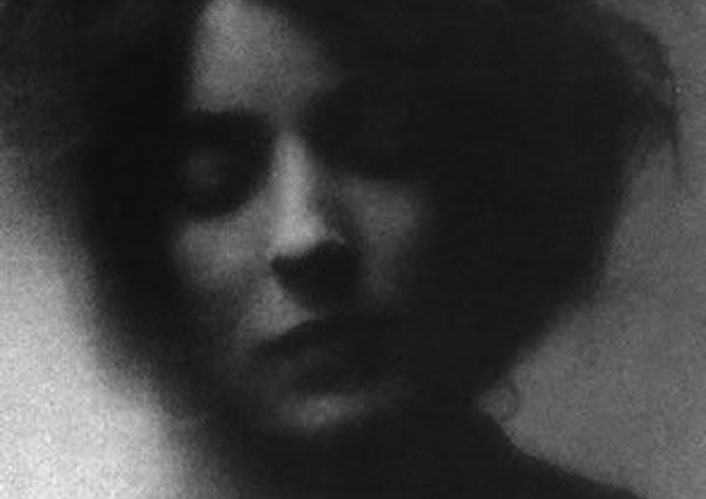 Instead of embodied dance, the gestures and movements of her “History of Religion and Eros”[12] flow along currents both electric and erotic – and, in many ways, so does the rhythmic logic of her text. Loy explores how questions of power influence the structures of our thought, and suggests a way to resist that: an “intelligential ether” (241) that we can tap into and out of is conceptualised as a motion of liberation, freed from gravity-bound embodiment and hegemonic structures of thought, and suggests a new form of energy, which is creative, and re-arranges matter. This is thought as Eros, an experience never far from Rohr’s dance either, and is ambivalent, flexible, embodied and intellectual, and impossible to grasp or dominate. No wonder, then, that in this text such resistance is also tied to Satan.

Which brings us back to the ‘Nasty Women’ peopling the anti-Trump resistance today. As Britton suggests, “a poetic use of language opens up the possibility of a different kind of thought, or even a different kind of philosophy,”[13] and this is certainly being politicised again. I wonder whether the move into the analogue space of spoken word performance, such as by Nina Donovan and many others, does not testify to a similar affinity between hybrid genres and modes of the gestural, the affective, the dance-like, as these 20th century written texts. In celebrating the fragment, they offer ways of responding to a world in ruins. Unlike the language of technocracy that prefers what is literal, to be googled and pinned down, literary language thrives on breaching the norm. It is attuned to the kind of change that undermines power rather than working in its interests, and that, ultimately, makes all the difference.

[6] David Frisby. 1985. Fragments of Modernity. Theories of Modernity in the Work of Simmel, Kracauer and Benjamin. Cambridge: Polity Press.

Katharina Donn’s first book, A Poetics of Trauma after 9/11: Representing Vulnerability in a Digitized Present, is under contract with Routledge Research to be published this year. She works internationally, between Germany and London, and is employed as associate lecturer and post-doctoral research fellow at the American Studies Department at the University of Augsburg. She currently also holds a visiting research fellowship with the Institute of Advanced Studies at UCL.
View all posts by Katharina Donn →
Tagged  20th century, 21st century, Anglea Rohr, Donald Trump, hybrid prose, ideology, Mina Loy, political literature, Politics, Women's Writing.
Bookmark the permalink.