With a particularly apt theme, 2017’s Irish Association for American Studies Postgraduate Symposium, co-organised by the association’s postgraduate representatives, Sarah Cullen and James Hussey, showcased some impressive postgraduate and early career research. As Dr Dara Downey (IAAS Vice-Chair) noted in her morning address, the IAAS strives to be cross-border and interdisciplinary in its outlook and aims. This was certainly reflected in the choice of papers, with each panel bringing together diverse interests and approaches and offering a compelling view of the union’s past, present, and future. 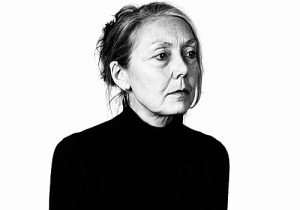 Our day began with interrogation of the phenomenon of ‘post-truth’, with Sarah McCreedy (University College Cork) and Annette Marie Skade (Dublin City University) tackling this knotty subject. McCreedy focused on twenty-first century ‘new naturalism’ in Cormac McCarthy’s The Road as a response to neoliberal political ideology. She argued that themes of powerlessness and the fallacy of choice and free-will in McCarthy’s apocalyptic text expose the harshness of this particularly American ideology. Skade’s analysis of Anne Carson’s poem, ‘Clive’s Song’, had a similar focus on the current American political landscape. There is an imposition of the political in the poem’s allusions to geographical locations and metaphorical borders. Carson’s preoccupation with borders in recent work, Skade noted, highlights the limits of perceived boundaries of wisdom and truth. In the discussion that followed, these issues were further developed;  honing in on the ambiguity of moral and political perceptions, scepticism as a radical tactic in the post-truth era, and the semantic deconstruction of truth.

Following this literary panel, the second panel focused on medical-political history. Both Matthew O’Brien (University College Dublin) and James Doran (UCD Clinton Institute) gave compelling accounts of the complex history of American healthcare. O’Brien’s paper focused on the history of the Black Panther Party in Chicago in the 1970s and their efforts to implement community healthcare. He outlined the structural struggles the Chicago BPP faced in their efforts to set up a free clinic as part of their ‘Program for Survival’. Fighting against the inherent racism of medical institutions, the Panthers’ success in opening a clinic furthered their community outreach and mobilisation aims, despite bureaucratic interference and police violence, as shown in a short clip from the documentary The Murder of Fred Hampton. Doran’s reading of Harry Truman’s and Ronald Reagan’s rhetoric on national healthcare policy was similarly revelatory. Doran examined how each president’s rhetoric, though divergent, was derived from foundational American values. While Truman, Doran maintained, viewed healthcare as a way of achieving the humanistic ideals of American national unity, Reagan viewed nationalising healthcare as a threat to such ideals, particularly those of liberty and free-will. As the following Q&A illustrated, healthcare policy is a grassroots and a government issue through which American values can be understood.

The next panel featured examples of literature concerned with political and personal disunity. Rebecca Murray (University College Cork) argued that Ursula K. Le Guin’s novel, The Dispossessed (1974), while being an open-ended text, contains prominent critiques of capitalism, the lack of individual and intellectual freedom under political regimes, and the individual as an economic resource. Following this was Anne Mahler’s (University College Cork) paper on Give a Boy a Gun (a 2002 novel by Todd Strasser based on the Columbine school shooting) and the role of masculinities in school-shooter literature. In the case of Strasser’s novel, Mahler argued, that non-conformance to hegemonic masculinity in the American high school results in an act of extreme violence. Eva Burke (Trinity College Dublin) brought the panel to a close with her presentation on ‘survivor narratives’ in Gillian Flynn’s Dark Places (2009). Burke focused on the dichotomous categories of ‘survivor’ and ‘victim’ in Flynn’s novel and the way in which Flynn presents a nuanced account of the gendered and (dis)empowering processes of victimhood. 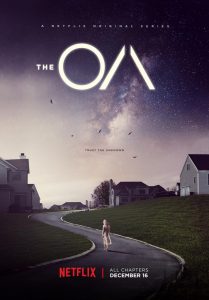 After lunch, I attended the panel on cinematic and televisual trauma narratives. Sean Travers (University College Cork) gave a cogent analysis of contemporary science fiction television as a challenge to the trauma of Donald Trump’s presidency. Travers’ examination of the Netflix productions Sense8 (2015- ) and The O.A (2016- ), which centralise the traumatic experiences of women and people of colour, illustrated that while sci-fi is indeed escapist, it also offers ways to face traumas of the contemporary political era. Caroline Schroeter (University College Cork) focused on contemporary iterations of slave narratives through her examination of Nate Parker’s film Birth of a Nation (2016). Using Henry Louis Gates’ theory of signifyin’, Schroeter argued that Parker signifies on a number of white perspectives and cinematic traditions in his retelling of the 1831 slave rebellion led by Nat Turner. The film, Schroeter maintained, highlights the collective trauma of racial violence and reclaims a predominantly white cinematic legacy. Jennifer Gouck (Queen’s University Belfast) took on Thirteen Reason’s Why (the 2007 novel and 2017 Netflix adaption) in her paper. Gouck examined the unification of past and present in the novel and adaption through narrative conceits of nostalgia. While there is unity in narrative technique, Gouck argued that there is a failure of unity for characters in the adaption, which chooses, instead, to centre the individual. This panel, and subsequent discussion, made clear that while personal and political trauma leads to disruption and disunity, healing can be sought within the confines of community. 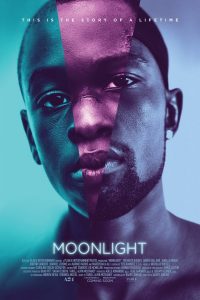 In the final panel of the day, three compelling papers were given on cultural and political performances of masculinity. We began with Ciaran Leinster’s (University of Seville) analysis of Arthur Miller’s play, The Ride Down Mt. Morgan (1991). Miller’s play tests conventional sexual morality of Reaganite politics and presents an absurd liberal masculinity. Following Leinster was Natalia Kovalyova (UCD Clinton Institute) and her interpretation of Barry Jenkins’ 2016 film Moonlight. Kovalyova proposed, via audience reception theory, that Moonlight does not contain any ‘big’ didactic politics on black masculinity. However, it does contain key messages of empathy and love, thus encouraging new ways of looking. The panel culminated with Catherine Casey’s (University College Dublin) analysis of Trump’s performance of presidential masculinity. Utilising Michael Kimmel’s presidential masculine archetypes, she argued that Trump enacts the ‘self-made man’ role. Crucially, he imbues it with hyper-masculine white anger; his slogan of ‘Make America Great Again’ being the ‘clarion call’ for whiteness. During the discussion Casey’s choice of archetype was questioned but her argument was compelling—and indeed urgent—in understanding the variations of white masculinity that Trump’s presidency has brought to light.

After the final panel, we gathered for closing remarks and prize announcements (including the WTM Riches Essay Prize, awarded to Colin Wheatley from UCD). Closing in on a year of turbulence and violence, the symposium’s question of American unity was extremely pertinent. The relationship between past and present, language and truth, healing and communities, and narrative, trauma, and identity emerged throughout the day. The symposium offered considered meditations on America, showing that its current political state is perhaps not an aberration but a heightening of conflicts and exclusions that have always been present in this purportedly ‘perfect’ union.