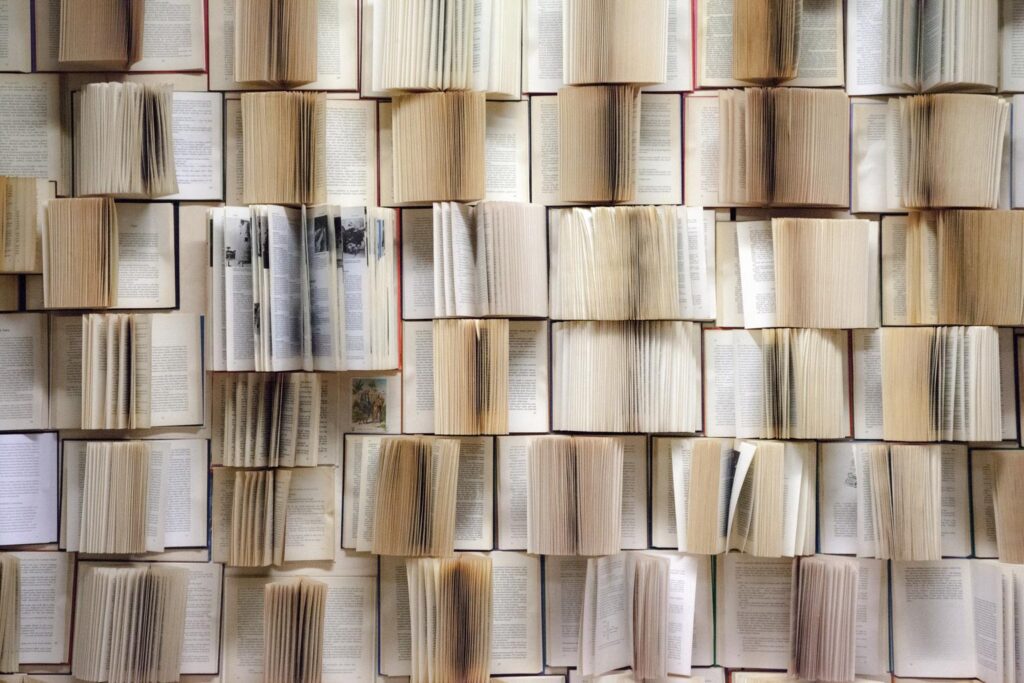 For centuries, one of the roles of the poet has been as oracle, acting as witness, interpreter and seer about societies and individuals. Poetry serves to illuminate, even if—especially if—the truths unveiled reflect the shadowed soul of a people. Contemporary American poetry offers ample examples of the frictions and contradictions of the American empire seen through the lens of its verse-makers, presenting a plexus and literary voice to and for those muted by traditional imperial power constructs, and a sacred space from which to reveal, protest, and change the society it reflects without artifice. As part of the Spaces of Empire series, this essay will examine the American empire, its ethos and conflicts, within the nation itself as well as in the global landscape, primarily through the lens of modern poetry of the last century, with particular attention to the juxtaposition of form and content.

Poetry and the Roots of the American Empire

In John Ashbery’s “The One Thing That Can Save America,[i]” the first line is an open-ended “Is anything central?” Ashbery famously shied away from offering explanations for his poems, but while America—as both as a nation and a concept—isn’t easily analyzable, its poetry offers an important lens through which to view the past and present. In the same poem, Ashbery asks, “where are these roots?” Underlying the American empire—all empires, in actuality—is the manipulation of language in order to serve the nation and its existence, regardless of its aims. Can fighting wars over what we call democracy using questionable actions still be considered a force of good? What if that “freeing force” is in its own way imperialist, racist, and undemocratic in its tactics? Robert Creeley’s “America[ii]” calls out such hypocrisies: “America, you ode for reality! / Give back the people you took.”

As much as the child vows to be different than the parent, America quickly took on the empiric and oppressive tendencies of the British empire from which it wanted to escape. From the outset, even as it lauded itself as a bastion of democracy and freedom, it denied basic rights to those from whom it stole land, enslaved, as well as the immigrants who built the nation. In the 19th century, Ella Wheeler Wilcox wrote the following[iii], which bears a striking resemblance to the protest poetry of the next century:

“Therefore I do protest against the boast

Of independence in this mighty land.

Call no chain strong, which holds one rusted link.

Call no land free, that holds one fettered slave.

God’s soil is rescued from the clutch of greed

And given back to labor, let no man

Call this the land of freedom.”

Let it be the dream it used to be.

Let it be the pioneer on the plain

Seeking a home where he himself is free.”

Yet immediately after each stanza Hughes whispers parenthetical truths for he and many others:

(America never was America to me.)

(There’s never been equality for me,

Nor freedom in this “homeland of the free.)”

These parentheticals refer to the difference between public and private conversation, between the rhetoric at the top, and the starker truth below. I suggest that these asides likewise reveal the reality of the American empire, one that enticed the pioneer with dreams of endless opportunity, regardless of origin, but delivers partially, one that started in bloodshed, almost collapsed in bloodshed, and is currently still determining what it might yet be.

Poetry and the Roots of Protest

Subtext is a common thread in poetry and politics and, throughout the history of empires, marginalized groups have been forced to converse in coded language. I posit that poetry has often acted as an underground network, as a safe house, couched in terms that could protect the poet, while reaching the wider intended audience. Whether as support or incitement, poetic rhetoric can serve to keep the empire in line as a literary form of social protest, and is often prescient about its downfall.  Adrienne Rich underscores these complexities and conflicts in “What Kind of Times Are These[v],” which like the Ashbery poem is tellingly titled in the form of a question as statement, :

“this isn’t a Russian poem, this is not somewhere else but here,

our country moving closer to its own truth and dread,

its own ways of making people disappear.”

For the modern poet, traditional form is often adaptedto insert new voices into the conversation or even as a way to dismantle the societal structure entirely. These structures—and strictures—mimic the ruling class that dictates the what and how of communication. Yet within these containers lie the freedom to express slantly, what might draw fire . In “Ghazal: America the Beautiful,[vi]” Alicia Ostriker uses a classic form and anthemic lyrics to reveal the truth of America, beyond the pretty rhetoric:

“Do you remember our earnestness our sincerity

in first grade when we learned to sing America

We put our hands over our first grade hearts

we felt proud to be citizens of America

I said One Nation Invisible until corrected

maybe I was right about America

Only later discovering the Nation is divisible

by money by power by color by gender by sex America

We comprehend it now this land is two lands

Resistance and the Individual: “To Sin by Silence When We Should Protest[vii]”

In the twentieth-century, poetic critiques often engaged with institutions of oppression and less with specific individuals. In this technologically-interconnected new millennium the individual is front and center, and I postulate that so much  connectivity along with a similar increase in anonymity and social isolation has severely damaged social civility. From foreign abuses abuses such as at Abu Ghraib and Guantanamo Bay to domestic atrocities such as internment camps, it is difficult to defend the American empire as the perennially “just” one as described in its founding documents, especially as the blood of its murdered citizens—Trayvon Martin, Breonna Taylor, George Floyd, too many more—continues to stain America’s streets. Terrance Hayes’ “American Sonnet for My Past and Future Assassin [“I lock you in an American sonnet that is part prison”][viii]” responds “to both gym & crow” of the past century. From the first lines of the poem, Hayes chisels at the forms and formulas that encage the marginalized:

“I lock you in an American sonnet that is part prison,

I lock you in a form that is part music box, part meat

Grinder to separate the song of the bird from the bone.

In Sanford, something happened in Ferguson

And Brooklyn & Charleston, something happened

Almost everywhere in this country every day.

Probably someone is prey in all of our encounters.

You won’t admit it. The names alive are like the names

We often try to distinguish between a country and its people, especially those led by dictators. But I counter that the American people—particularly reliant upon their country’s identity as a democracy for their self-worth—must adhere to a higher level of accountability. Individual silence equates to collusion with what the country itself says, does and remains silent about, in this patchwork of states by and for the people. Ilya Kaminsky’s “We Lived Happily During the War[ix]” addresses our individual complicities within and beyond our borders, and the stain on our collective spirit:

“And when they bombed other people’s houses, we

but not enough, we opposed them but not

in my bed, around my bed America

I took a chair outside and watched the sun.

In the sixth month

of a disastrous reign in the house of money

our great country of money, we (forgive us)

lived happily during the war.”

Poetry and the Future: “And yet I swear this oath— / America will be![x]”

I suggest that though historical precedent indicates that all empires rise and fall, the final line on the American empire is yet to be written, by its people or its poets. It remains to be seen whether we can “save America,” and in Gertrude Stein’s “America,[xi]” these questions posed as statements suggest a Schrodinger’s poem for and about this nation, which is seeded with the possibility of greatness, yet threaded with doubt that it can be achieved:

Have we the national colour.

Can we stand ditches.

Can we mean well.

Do we talk together.”

I believe it’s important to note that in many of these American poems, as in the myth of Pandora’s box, even with all the evils dispersed into the land, hope remains. Ostricker, at the end of her American ghazal, writes “Sometimes I still put my hand tenderly on my heart / somehow or other still carried away by America.[xii]”

Perhaps the ultimate hope for America here and on the world stage is that if the empire is shaken enough, perhaps to the brink of societal and economic collapse, the citizenry will coalesce to fulfill some of its heady vows of unity, justice and opportunity. In this century, poets perform as much on the public stage as on the page, challenging the nation to be better by the people, for the people. Bob Kaufman—the original beatnik, brilliant poet, and word musician—expresses such hope in the face of societal ills in an especially memorable manner in “Believe, Believe:[xiii]”

“Let the voices of dead poets

Ring louder in your ears

Listen to the music of centuries,

Rising above the mushroom time.”

[viii] Terrance Hayes, “American Sonnet for My Past and Future Assassin [“I lock you in an American sonnet that is part prison”] retrieved from https://www.poetryfoundation.org/poetrymagazine/poems/143917/american-sonnet-for-my-past-and-future-assassin-598dc83c976f1 (08/17/20)

[ix] Ilya Kaminsky, “We Lived Happily During the War,” retrieved from https://www.poetryfoundation.org/poems/91413/we-lived-happily-during-the-war (08/17/20)

Mandana Chaffa is the Founder and Editor-in-Chief of Nowruz Journal, a periodical of Persian arts and letters that will launch in spring 2021, an Assistant Managing Editor at Split/Lip Press and a Daily Editor at Chicago Review of Books. Her essay "1,916 Days" is in My Shadow is My Skin: Voices from the Iranian Diaspora, (University of Texas Press, 2020) and she edited Roshi Rouzbehani's limited-edition illustrated biography collection, 50 Inspiring Iranian Women (2020). Her writing has also appeared or is forthcoming in the Ploughshares Blog, Chicago Review of Books, The Rumpus, Split Lip Magazine, The Los Angeles Review, Asymptote, Rain Taxi, Jacket2, The Adroit Journal and elsewhere. Born in Tehran, Iran, she lives in New York.
View all posts by Mandana Chaffa →
Tagged  American Poetry, Spaces of Empire Series 2020.
Bookmark the permalink.