The Society for the History of Women in the Americas (SHAW), co-organised with the Eccles Centre for American Studies at the British Library, hosted its 2022 annual conference at the British Library. The conference’s theme focused on Black women and their grassroots activism in the Americas. The conference also discussed Black women elites in relation to politics, aesthetics, and intellectualism. Nine speakers from the U.K, the U.S, and France, including enthusiastic PhD students, had the chance to meet, share, engage, and discuss diverse themes related to Black women in the Americas and their activism, activities, cultural outputs, social and intellectual networks, and life experiences. 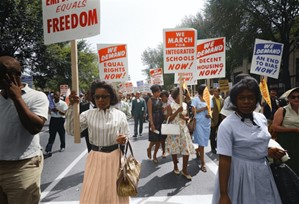 The conference opened with a welcoming statement by its organiser Dr Marie Molloy, a senior lecturer at Manchester Metropolitan University. The first panel: ‘Black Women’s Voices’ centred on the intellectual activities of some famed and grassroots Black women in the North and South America during the late-nineteenth and early-twentieth centuries. Cecily Proctor, a PhD candidate in the School of Media, Arts and Humanities at the University of Sussex, explored how Hallie Quinn Brown, a public speaker and activist, used elocution as a technology to reclaim and stage ‘authentic’ African-American cultural formations. Proctor argued that Brown not only sought to empower her audience through her public engagements, but also endeavoured to entertain non-segregated audiences to develop an image of respectability and good taste. Gabrielle Tymkow, a ceramics technician at Plymouth University, then revisited Amy Jacques Garvey’s editorial writings by arguing that she was not a feminist. By contrast, SOAS’s Dr Ana Nenadović discussed how Afro-Latin feminist bloggers employed new media images, blogs, and social accounts to reclaim their ancestors’ hidden histories.

The second panel, ‘Institutional Activism’, focused on how Black women activists found ways to fight racism and racial discrimination that impinged upon Black Americans. Carol Grose (PhD candidate, University of Sussex) examined how the Black Baptist leader and publisher Nannie Helen Burroughs used her quarterly journal The Worker to connect the need for social change with politics in the 1930s and to offer overlooked sources and debates in women’s religious history. The next session, by Dr Kaisha Esty from Wesleyan University, uncovered the powerful movement established by Black clubwomen during the Reconstruction Era. Dr Esty argued that while impoverished, rural women fought for their sexual self-protection and dignity, challenging a large portion of the violent imperialist discourses about them. The third speaker, Dr Joseph Yannielli from Aston University, remarkably positioned Marie Miles, a Black woman activist, in the context of antebellum activism in Pennsylvania and Massachusetts, revealing Miles’s career as an itinerant educator and demonstrating how she confronted issues of interracial marriage and public segregation. 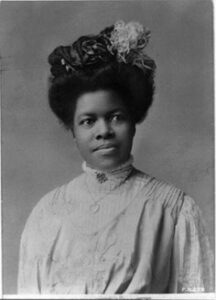 During the lunchbreak, the speakers had an opportunity to visit ‘the Cotton Room’, where they met with curators who showed them around the collections. The speakers had the chance to navigate through the items in the room, most of which were about Angela Davis’s trial.

The third panel, ‘Black Womanhood on Trial: Angela Davis and Claudia Jones’, brought to the fore the narrative studies of Davis’s and Jones’s trials for their alleged violence, conspiracy, and kidnapping. Aija Oksman (PhD candidate, University of Edinburgh) explored their trials and illuminated their self-defence and poise against such prosecutions. Aija’s presentation was followed by a similar paper delivered by Sid Ahmed ZIANE, a PhD candidate at Manchester Metropolitan University. He showed how Ebony magazine defended Davis during her trial and how it restored her public image, which was remarkably distorted by the White-owned media.

The last panel, a plenary roundtable, discussed issues surrounding modern and historical Black women. Ziggi Alexander, a Dominican-born community historian, singled out the case of Mary Seacole and the skin-tone debate. In contrast, Dr Catherine Clinton, Chair of American History at the University of Texas in San Antonio, delved into the issue of Black women as decorative forms. The final speaker, Dr Hélène Charlery from the University of Toulouse, discussed and lamented the dearth of Black women figures such as Harriet Tubman in historical films, describing the latter as ‘a fatigue in slavery films’. The follow-up discussion was high-level as it addressed current issues regarding Black history, Black women, and the issue of Black scholars in academia. The panellists were also asked to reflect on the representation of Black women in the modern day and whether there was reason to be optimistic or hopeful. This provocation led to fruitful discussions about what further action could be taken to ensure diversity in academia. 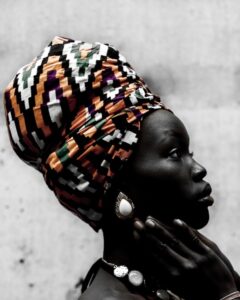 A piece from Oladimeji Odunsi’s photo project ‘Black Is’. Unsplash.

SHAW 2022 was very fruitful and, as Dr Molloy said in her concluding comments, successfully brought together scholars from different disciplines to discuss and share their perspectives on Black women’s issues. Indeed, the conference was well-attended and the speakers were glad they had met and shared their views and research. More importantly, most of them were happy to attend a face-to-face conference after many hybrid sessions due to the pandemic.

Juliane Gamböck-Strätz is a Ph.D. candidate in American Studies at the University of Mannheim. She holds a Master of Education from the University of Potsdam as well as a Master of Arts from Clark University, Worcester, MA. In 2015, she was awarded a Fulbright Scholarship. Since 2020, she is a member of the research network “The Failure of Knowledge – Knowledges of Failure.” In her dissertation project, entitled “Corporeal Battlegrounds. Laboring Bodies in Late Capitalism,” she analyzes how contemporary US novels critique normalized late capitalist assumptions about work through the depiction of laboring bodies.
View all posts by Juliane Gamboeck-Straetz →
Tagged  Conference Review, Event review, SHAW.
Bookmark the permalink.